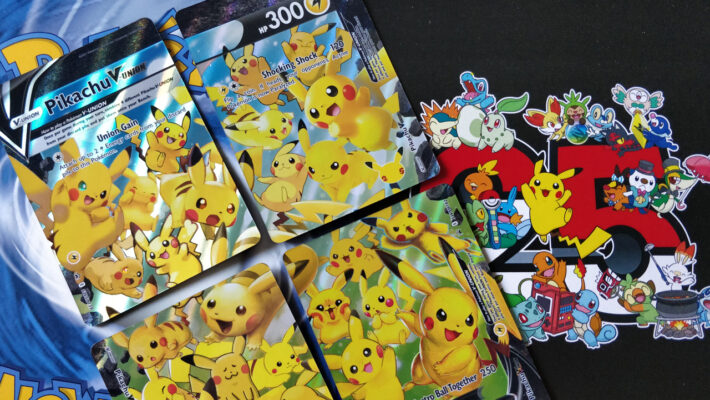 The Pokemon TCG Celebrations set is full of special stuff! In fact, it’s fair to say it’s only special stuff, really. But here are the elements we like the most from this year’s commemorative release.

This one’s simple: the anachronism. Dark Sylveon V and Light Toxtricity are just a couple of the cards that couldn’t have existed. The mechanics are from one era and the creatures from another! We really wish these ideas would have been expanded into a full set, exploring weirdness like Magic: the Gathering’s special Time Spiral block. But hey: we won’t look a gift horse in the mouth. What’s here is worth checking out.

It should be Pikachu V-Union. Four cards coming together to make one big creature? There are a lot of ideas there that could make it one of the best Celebrations cards. But ultimately, it’s let down by this: it doesn’t take advantage of the scheme. You should absolutely be able to build different, custom configurations, making the four separate cards mean something. Instead, it’s just a really clunky way to play a big card.

So instead, we’ll give the award to Light Toxtricity. All the anachronisms are cool in their own way, but seeing such a new creature in the old card format is special.

…Oh, hold on, sorry. They’re making a metal Base Set Charizard as part of this. Clearly that’s the answer. 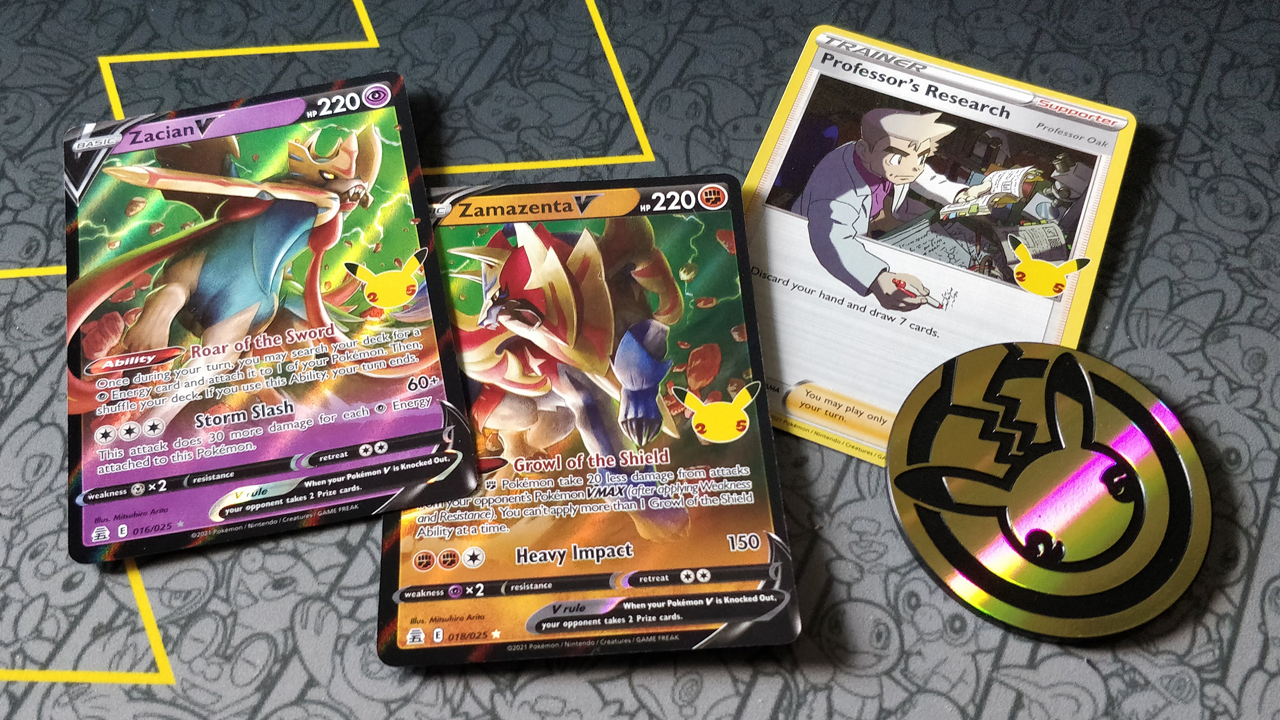 That might be Zacian V? Ending your turn is a steep cost, but it allows you to search for and attach an extra energy. That acceleration could be valuable in the right deck. There honestly aren’t a lot of options here, since so much of the set isn’t tournament-legal. But there are some fun attacks for more casual play, like Reshiram’s bench damage or the straight damage and type mismatch of Surfing Pikachu V.

This one might be tougher, with all the big bad legendaries! But Pikachu is here to save the day. Whether it’s the tributes to the old Jungle card, Flying and Surfing Pikachu remakes or the overwhelming Pikachu V-Union, there’s a lot of the little electric mouse to enjoy.

As far as non-Pikachu cuties, we like the new Cosmog. Nebby will not get in that bag, Lillie. We all know this, but we appreciate your efforts anyway. And the new Professor’s Research may not be cute in the traditional sense, but it’s endearing nonetheless. Professor Oak’s so wrapped up in his notes that he starts writing on the card itself. We’ve… all been there lately, mentally. 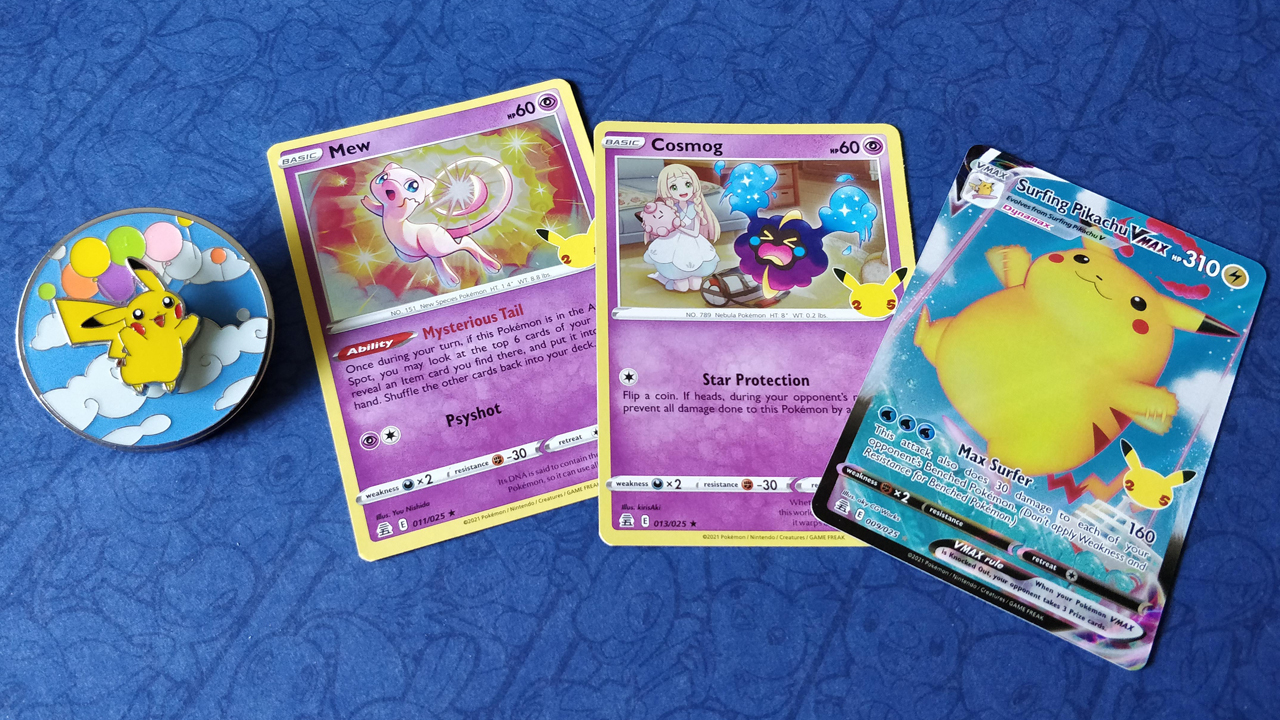 There’s really only one word that pops in your mind when you see the Gigantamax Pikachu figure included in one of the Celebrations sets, and that’s chonky. The little bud ain’t so little, and as fans of Pikachu’s original, more huggable silhouette, we approve.

If you want something a bit more compact, take a look at the pin included with the aptly-named Deluxe Pin Collection. It transforms from Surfing Pikachu to Flying Pikachu by rotating a piece of sky held in place by a magnet. It’s very clever! We’re not generally into the “it’s just the official art” pins that are usually in these, but this we can get behind.