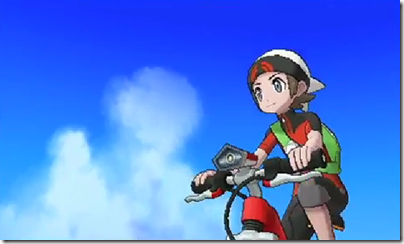 Pokémon Omega Ruby and Alpha Sapphire will let you explore the skies in your journey, but it’ll also have new story elements that involve the secrets of Mega Evolutions. The game’s latest trailer gives us a summary of what to expect from the upcoming 3DS remake.

The trailer starts out with a look at the original versions of the game on the Game Boy Advance, followed by the new remakes in Omega Ruby and Alpha Sapphire. We then get a recap of what the series is all about, along with a look at the nature-filled region of Hoenn.

In addition to traveling on land and sea, players will get to fly around on Latios and Latias, this time around, as part of a new “Soar” feature. You can read more about how it works in our earlier report.

At the 1:23 mark of the video, we get to see the latest on the Mega Evolutions, demonstrating the newest Mega-forms of Pokémon in the upcoming 3DS remake. It is said that more about the mystery behind Mega Evolutions will unravel when Rayquaza makes an appearance.

Next, at 2:18 in the video, they share a look at some extra features that are part of the game, starting with the new and improved Secret Bases, which allows players to customize and make their very own Pokémon Gyms.

The Pokémon Contest will also make a return, so players can show off the best side of all of their favorite Pokémon. There’s even a feature that lets you dress-up Pikachu and have them participate in battles with their new looks.

Pokémon Omega Ruby and Alpha Sapphire is slated for release on November 21st in North America for Nintendo 3DS. Nintendo also announced a Dual Pack for North America, which will include the two versions along with a pair of download codes for 100 Potions each.