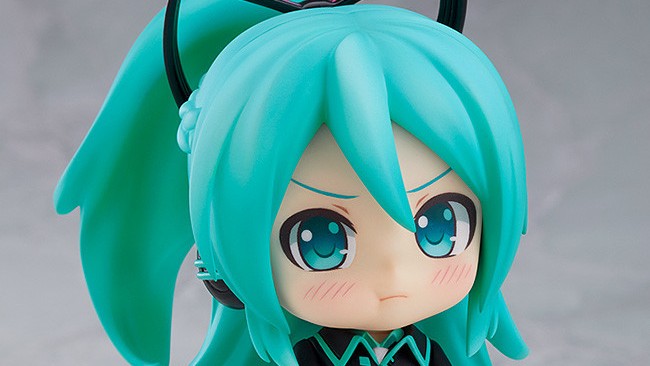 The Good Smile Company worldwide pre-orders are now open for the Hatsune Miku if Nendoroid that envisions the Vocaloid with a ponytail. The figure, which is based on a new Ken “KEI” Garou design for the Hatsune Miku Chronicle art exhibit, will be available in Japan in December 2021 and North America in February 2022. She costs $54.99/¥5,500.

While Miku usually has twintails, the Hatsune Miku if Nendoroid is based on an alternate reality design involving her with a ponytail instead. To go along with the theme, her entire outfit is different and the figure comes with an alternate Vocaloid software box with the different design. The first first appeared and was sold at the exhibit in Japan until August 22, 2021. 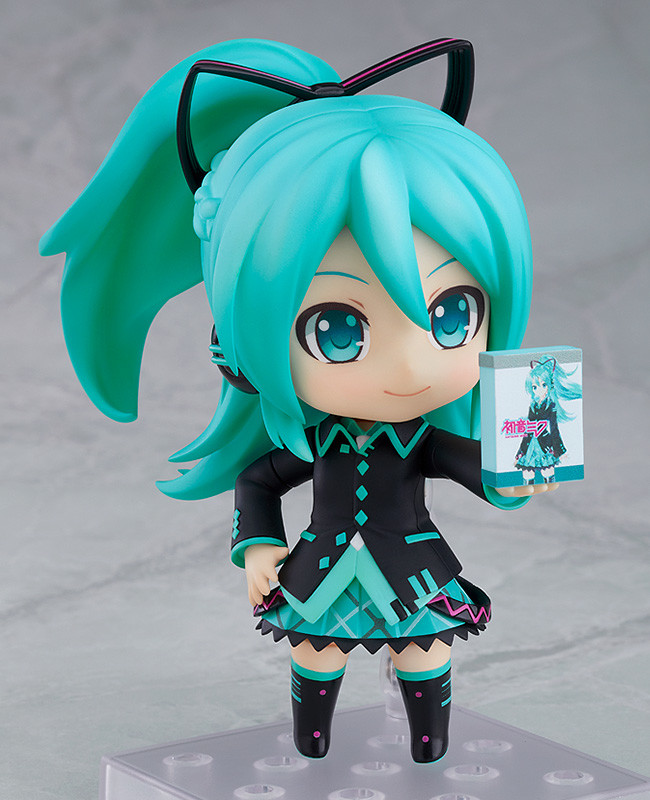 There’s also a video offering a better look at the reimagined version of the character. She comes with smiling, pouting, and shouting face plates. People also get a microphone for her to hold, along with the Vocaloid box.

The Hatsune Miku Chronicle exhibit was open until August 22, 2021. It included an AR element. The latter parts of the show included Rin and Len if and Luka if designs as well.

The Hatsune Miku if Nendoroid that gives the Vocaloid a ponytail instead of her typical ponytails is available to pre-order until September 23, 2021. She will ship in December 2021 in Japan and in February 2022 in North America.