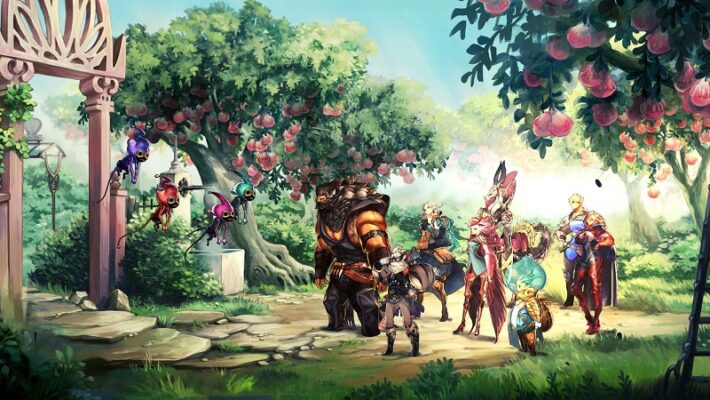 Having played a preview build of the game, I can say that Astria Ascending is coming out strong already. With an impressive hand-drawn visual style, involving combat that makes use of all of its characters in a variety of ways, a wild world of creatures and neat locations, and a dangerously-compelling tile-based minigame, it’s got a lot of good things going for it.

You get to lead a group of eight Demigods into battle, aiming to clear up troubling creatures (called Noises) that are causing havoc around the world. Demigods are extremely powerful beings, but they only live for a few years. Still, they’re all looking great despite their short life span. The art style reminds me of Vanillaware’s work on Odin Sphere and Dragon’s Crown, with each character bursting with unique personality from their visuals. The game offers a variety of different races, which also make them stand out. These designs also connect the party characters to their homelands in neat ways. Each area of Astria Ascending is distinct, as are the characters that come from them, making it treat just to explore the world and see who lives there.

You’re supposed to be keeping everyone safe instead of sightseeing, so how do these Demigods hold up in a fight? The characters tend to have certain focuses, whether it be melee or magic. Healing abilities seem better spread out amongst the party rather than just tied to a specific healer. This made the party makeup feel a bit more fluid, as I didn’t need to have a dedicated healer bumming around when they weren’t needed. Many characters can take the role in a pinch. 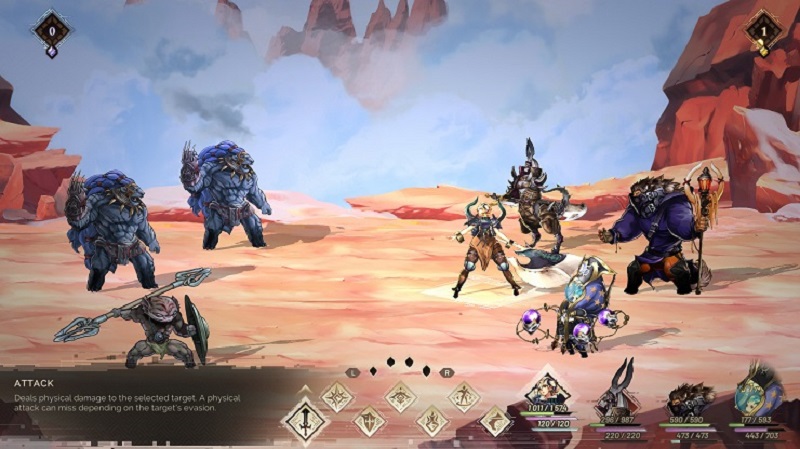 Astria Ascending seems designed to make your entire party feel useful most of the time. Often in turn-based RPGs, I’ll have characters that aren’t terribly helpful in a given fight. Maybe non-magic attacks don’t hurt an enemy, so my fighters are useless, or I’m trying to save MP so my magic users are slapping foes with weak physical attacks. This game seeks to do away with that kind of flailing around with a few neat design decisions, including spreading healing abilities around like I mentioned above.

For starters, you can swap your party members around relatively easily in combat. (It just costs the current character’s turn). So if an enemy is weak to a certain type of magic damage, you can bring in your magic user for a later turn. Characters all level up equally, too, so even party members who you haven’t used are ready to go if someone dies and they need to be replaced or you suddenly need a magic type you haven’t used yet.

Pressing enemies on weaknesses is really handy throughout Astria Ascending, as it builds up your party’s Focus. Your Focus gauge is what will really let you slam foes. Focus points can be used to increase the strength of any given attack in increments of 50% (up to four points at once for %200 damage). You get one point for free, but you can gain more quickly by hitting enemies with their weaknesses. As such, if you push an enemy’s weakness, you can build up Focus points fast, increasing your damage to ridiculous levels. Bosses have a ton of HP right from the start, so you’ll want to learn this system fast.

The trouble is that you can mess this up as well. If you hit an enemy with something they’re resistant to, you’ll lose Focus points in various increments depending on how badly it works. If the enemy just resists it a bit, it’s not so bad, but you can get pretty screwed if the attack heals the enemy. You’re really going to want to learn your type weaknesses. Also, the enemies have their own Focus gauge, and your party their own weaknesses, so you’ll really need to pay attention to this mechanic to succeed in the game. Be ready to swap party members and switch your attacks quickly depending on what you’re fighting, or they’ll quickly mop the floor with you using their own Focus strikes. 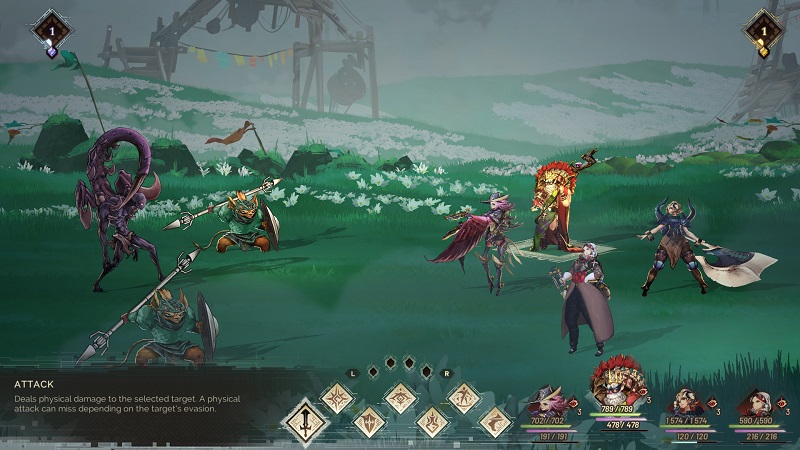 Focus also gives you a great tool to use to make everyone useful in Astria Ascending. Even if you really only have one or two people in the entire group that can put a big hurt on bosses, each active member can charge a Focus point on their turn. This lets you build up big stacks of Focus points to, say, dump into your magic user so that they are doing absurd damage against bosses with big HP pools and a tendency to heal. Between the Focus system, various healers, and a variety of abilities, you’ll always find some use for your party members, continually switching between them to make a neat battle plan.

When you’re not tied up with that, you’ll likely be ignoring the fate of the world and playing J-Ster, a card-like minigame. It’s very straightforward, offering tokens with certain monsters and attack strengths on them. Play something stronger to flip the monster beside it (feels very similar to Triple Triad). However, a ring of special strengths and weaknesses line each side of the token, adjusting their numbers on that particular side. You can rotate this ring to give yourself special advantages/disadvantages based on your placements, opening up many, many different strategies that can shift as you play. If you loved Triple Triad, you will lose a lot of time to this game.

Between these items, Astria Ascending is quite impressive in this preview stage. It’s a delight to explore and meet new characters, the combat feels involved with its Focus system and varied party, and J-Ster basically seems like it will consume my life. I’m very excited to see what the full release entails if I enjoy it this much already.

Astria Ascending will appear on the Nintendo Switch, PlayStation 4, PlayStation 5, Xbox One, Xbox Series X, and PC on September 30, 2021. It will also be on Xbox Game Pass.