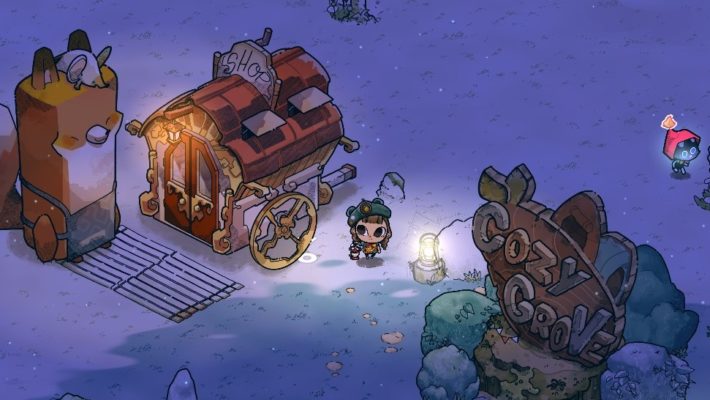 It’s very tempting to kick this off by saying Cozy Grove is Animal Crossing, only your neighbors are all ghosts. Not that the statement is inaccurate. It sort of is. But I think to say so does a disservice to Cozy Grove. I’ve been visiting this haunted island, living among its spirits, and it feels like there’s an opportunity for something more here. It seems like it could possess much more.

Players are a Spirit Scout. Think of them as being similar to other scouting organizations. Except, well, their superiors are sending them out to haunted locations to deal with the dead. The one people control is sent to an island called Cozy Grove. Which, as an anthropomorphic campfire/good buddy said, probably isn’t for an amateur? But you never know until you try. 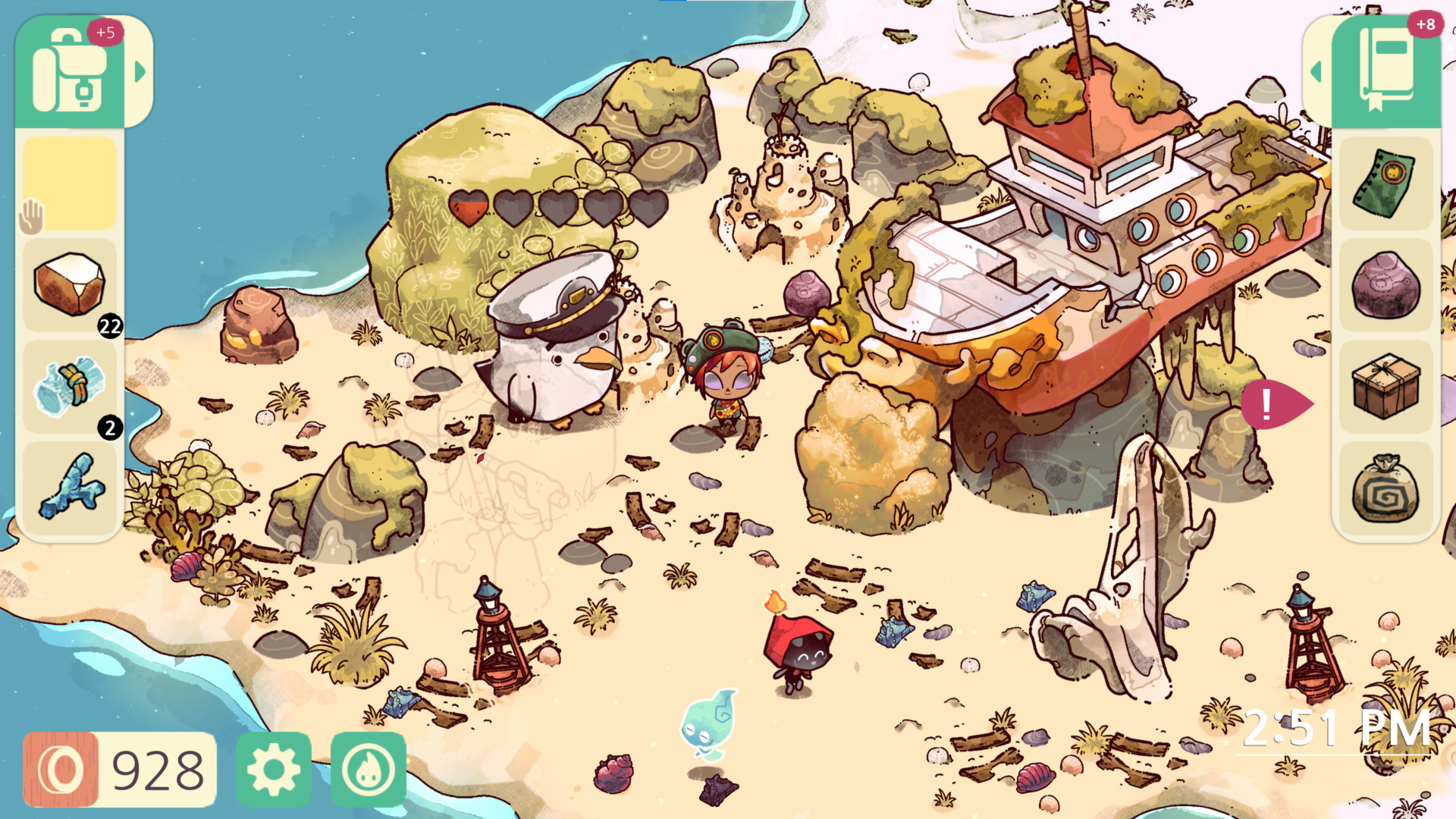 The island is ephemeral and ever changing. The only things initially with color to them are ones that are either living or touched by someone to infuse them with new life. Until people rediscover spirits, like Charlotte the Ranger and Billweather Snout the sea captain, they’re shadows of their former selves. The areas around them are cold and they are blue specters until players aid them with immediate objectives. Sometimes, it even takes actual real-life time for things to happen. Unlocking new ghost memories, stopping by every day, and seeing relationships form has that Animal Crossing effect. Especially since you also start fishing early on.

But it’s Cozy Grove’s borrowing of other games’ elements that makes it feel larger. It feels like the idea is to play about 15-30 minutes each time. Each person you meet will have quests you fulfill to help them come to terms with their (after)lives and move on. You earn achievement badges, which reward when you hit milestones. You have tools like shovels and fishing rods, so you can fish and collect ore. There are other materials to collect for requests. There are even ghostly animals to look after. And you can see how many “hearts” you have with other residents, compelling you to talk to them. It all feels very Story of Seasons-like. Especially with the achievements that offer you bonuses for accomplishing certain tasks. 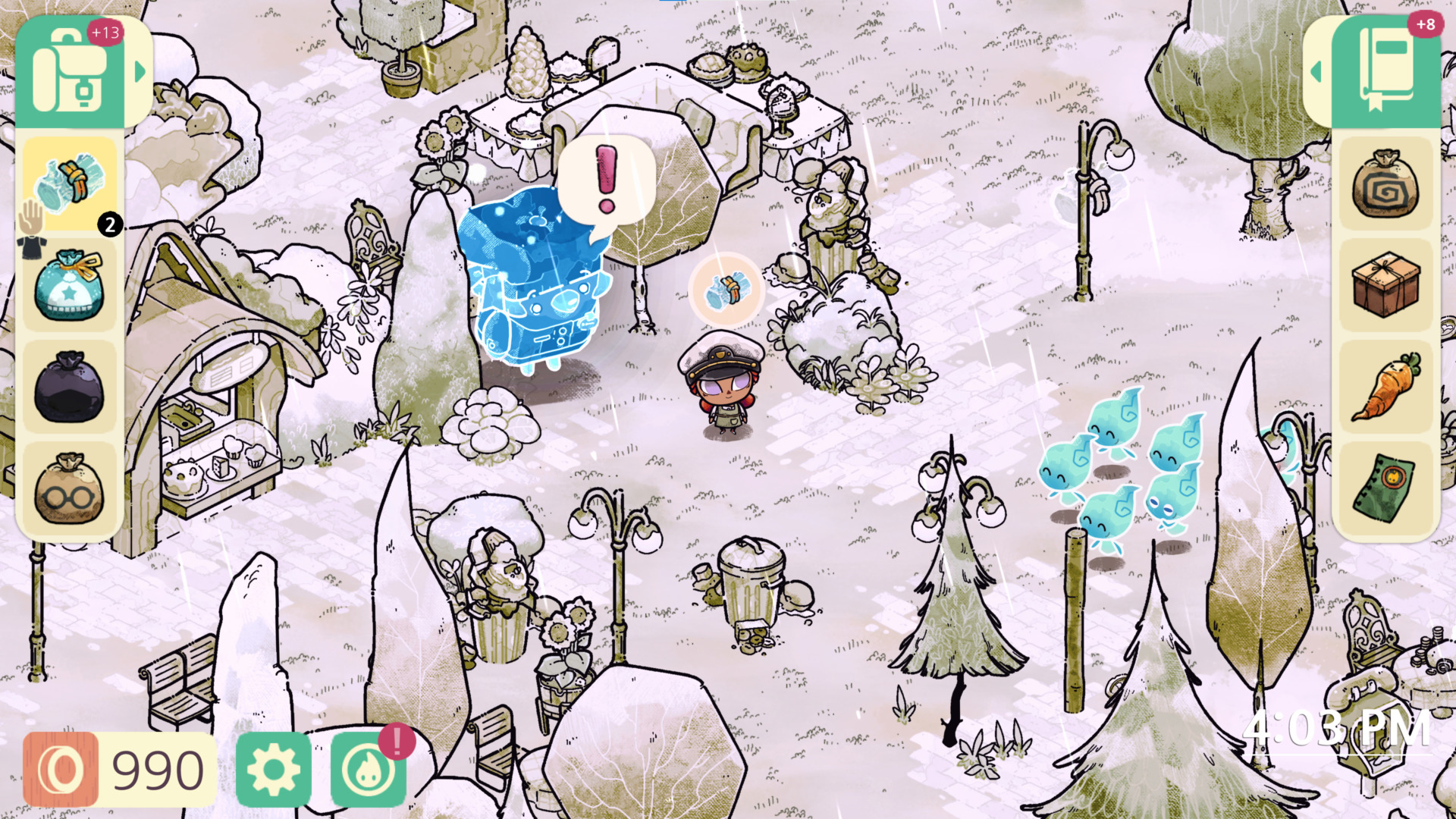 But while open ended, this will also be a game with a campaign. The ghosts you help and errands you run aren’t just to help bring them peace. (Though that seems important and good too.) It will move a story along. Will they pass on? Will you find a way off of the island? Since this is a game that seems to gradually build like Animal Crossing or Story of Seasons, it will take time to find out.

It seems like Cozy Grove is trying to do what games like Animal Crossing and Story of Seasons do best, and that’s offer a positive, daily experience. It regularly encourages people to spend time in a relaxed way. Your goal? It’s to explore the island and see what everyone is up to. It is the sort of game where it offers reasons to make a virtual world a better place and its residents happier. And, early on, it seems to offer supernatural pleasantries.

Cozy Grove is in development for PCs and will launch on Steam in the first half of 2021.