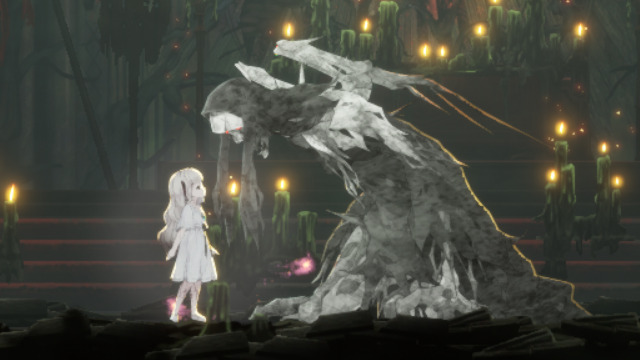 Ender Lilies: Quietus of Knights is an upcoming indie title focused on platforming, exploration, and environmental storytelling. While the concept isn’t exactly novel, I feel like what developers Live Wire and adglobe have created has immense potential, even after only the initial impressions. Ender Lilies combines the best of the Metroidvania genre, while also providing a great jumping in point for those new to the genre.

Ender Lilies follows in the footsteps of more somber Metroidvania titles such as Hollow Knight. The story follows a young girl who is awoken by a mysterious spirit during a time of troubles. Lily, the supposed White Priestess, must now venture into a world long beset with rot to purify the land. Accompanied by a most melancholic piano score, the story gradually unfurls before the player through bits of dialogue provided by the spirits that follow Lily. You learn about the endless downpour of rain that has affected the land, and how the world has fallen to ruin through memos and environmental storytelling. This is arguably one of my favorite aspects of Ender Lilies, as I have always enjoyed these kinds of elements in any game, be it Dark Souls, Hollow Knight, or even select survival horror games.

While the world is wrought with ruin, there is a softness there that is communicated through Lily’s character design. Her character model is mostly rounded shapes with a faint glow surrounding her at all times. Conversely, all of the enemies you meet carry a dull, burning glow that indicates that they have been corrupted by the endless rain. Their designs are jagged edges, often complimented by the dreariness of the environments they inhabit. While some of the areas available in Early Access do have faint splotches of a more vivid palette, the world for the most part is painted in shades of brown, grey, and washed out colors. This makes finding safe havens illuminated with iridescent trees or other fixtures all the more impactful. 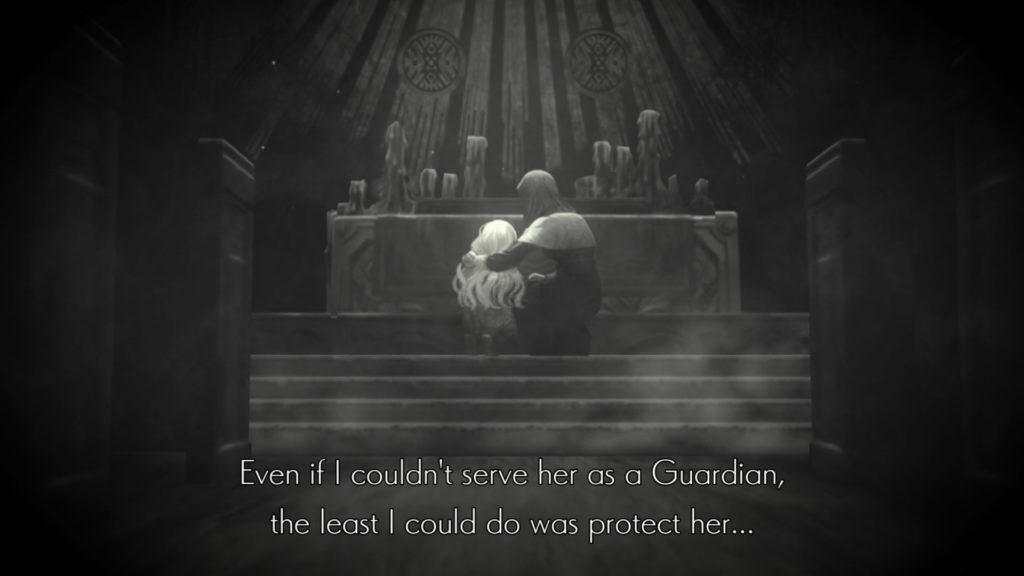 As I mentioned before, Ender Lilies is a Metroidvania, and I mean this in the purest sense. A lot of the systems feel derived from the Iga-driven Castlevania titles, which isn’t a bad thing. You’ll be heading back and forth between areas after unlocking platforming skills, equipping items to boost your stats, and using your skills to best fearsome foes. Players are given a handful of spirits to use, each with their own unique ability and oftentimes limited use. Thankfully, players can restore the use of their spirits by taking a breather at a resting point, and your default spirit can be used infinitely. Additionally, it felt like every area was tailored to finding a specific spirit, which gave me reason to explore all of the locales diligently and thoroughly.

Spirits can be leveled up upon acquiring enough ascension materials, which varies from spirit to spirit. These can be collected through defeating bosses, slaying enemies, or by destroying bits of the environment like boxes or jars for example. I never found myself running short of these resources, but I was careful in deciding what spirit I would level up. Leveling up a spirit can not only increase their attack, but sometimes add additional skills as well. This isn’t required to progress through the game, and I never felt as though my lack of leveling up hindered my progress in any way.

While traversing the environments, Lily does have a method of restoring her hit points if she is injured. She also has a dodge, which can be used liberally and should be used liberally when fighting bosses. However, players are given a total of three times to restore a set amount of hit points after resting. These can be restored when resting at a bench in a safe area, which is designated on your map. This brings me to my next point–the user interface. 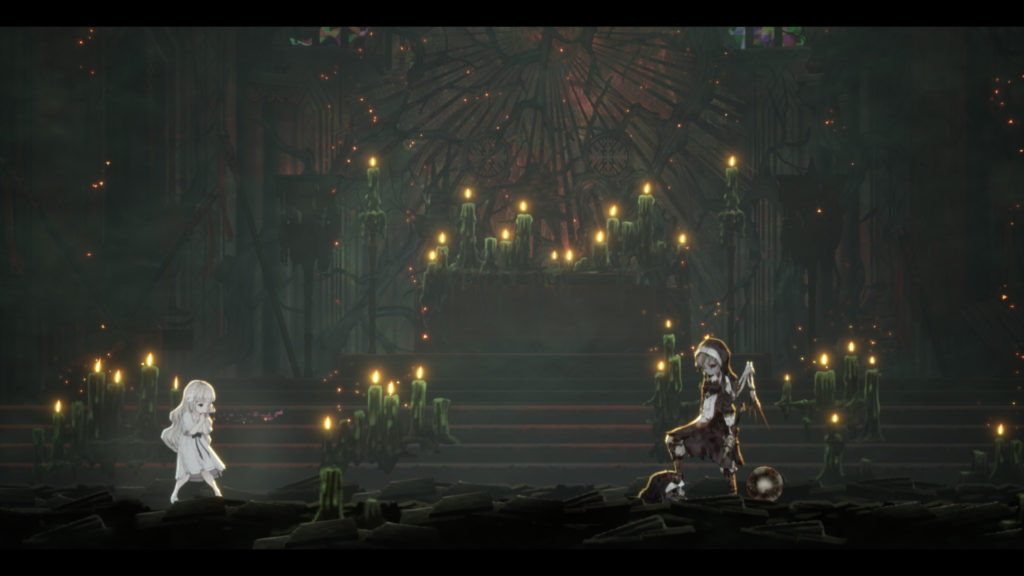 Ender Lilies user interface is minimal, but it managed to convey all of the information I needed neatly and cleanly in this early build and during my initial explorations. The font is easy to read and the maps are extremely clear. Save spots are designated by green circles on your map, and the map even reveals paths you haven’t yet taken. This doesn’t mean there aren’t secret spots, so players can definitely locate hidden areas if they wander in the right direction.

That being said, Ender Lilies has immense potential to be an indie darling. All of the right elements are there, and they come together splendidly. I am eagerly awaiting the full release of the game, as the story provided just enough to keep me invested and interested in whatever the ending may be.

Ender Lilies: Quietus of the Knights is immediately available for Early Access on PC through the Steam storefront on January 21, 2021 will a full release planned for Spring 2021.