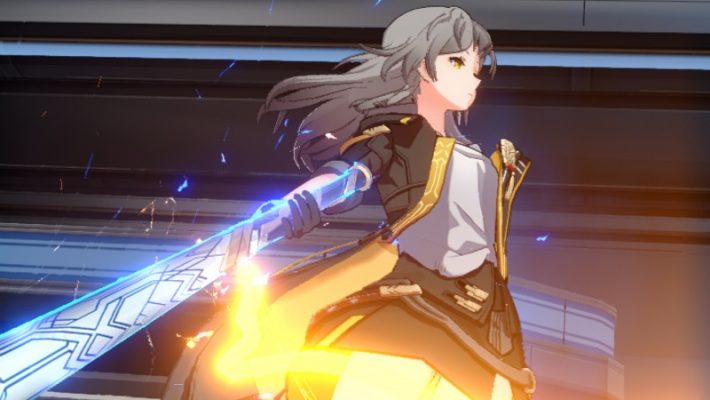 The Honkai: Star Rail second closed beta is on, and people once again get a chance to be the Trailblazer and ride the Astral Express to different places. I had a chance to go through a bit of the game. While I wasn’t fortunate enough to get any five-star units, I did notice something it has in common with HoYoVerse’s other titles. Even in its early phases, Honkai: Star Rail feels like it relies very heavily on its characters to interest players and move the story along.

Honkai: Star Rail starts with players following a mysterious woman named Kafka through the Herta Space Station. She and Silver Wolf are looking for an item Kafka calls the Cancer of All Worlds, a Stellaron. When they find it, Kafka proceeds to shove it into the the Trailblazer. Like Genshin Impact’s Traveler, this is the player avatar. After some ominous words and suggesting the player will need to make a “choice,” the two disappear. That’s when Dan Heng and March 7th, Astral Express members, appear to save the day. The Trailblazer is an insomniac now on a space station besieged by the Antimatter Legion.

Of course, once you fall in with them, you don’t just end up evacuating the station. Instead, when escaping with the two and fellow Astral Express member Himiko, the Doomsday Beast attacks. After the fight, the Trailblazer steps in front of March 7th to protect her, using the Stellaron to attack it. Welt Yang manages to stop the attack. And so, the player joins Dan Heng, March 7th, Welt, and Himiko on their journey across the stars to deal with Stellarons and the Antimatter Legion.

As someone goes through Honkai: Star Rail’s initial introduction and the Trailblazer’s first “mission” dealing with a Stellaron on Jarilo-VI, they’re constantly meeting potentially playable characters. As with HoYoVerse’s other games, it feels like there is an attempt to make them as interesting as possible in as little amount of time. (Perhaps because someone would need to head to the gacha for some or get others via various currencies in the shop?) For example, after meeting Asta, we see her willing to sacrifice herself for the sake of others against the Antimatter Legion’s forces. She immediately cements herself as interesting, due to the heroic gesture. Herta and Welt have an element of mystery on their side. The former, because we’re always only seeing her “puppets” on the station and she’s revered as a genius. The latter, because HoYoVerse established going in that he’s the same person as the Honkai Impact 3rd character. Sampo Koski is fascinating, as it’s uncertain whose side he’s really on due to his actions. Likewise, it is interesting to see people like Bronya and Himeko because are alternate reality versions of the Murata Himeko and Bronya Zaychik we know.

All these characters also make Honkai: Star Rail’s turn-based combat seem promising. It calls to mind both Honkai Impact 3rd and Genshin Impact. It features a system that involves normal attacks, a special skill, an Ultimate, and passives. Each character also has an element associated with them in Honkai: Star Rail, which can be used to break an enemy’s shields if they are weak to it and allow more damage to be dealt. You can have a character use a special skill, which can do something like defend, deal more damage, or hit a group. Passive abilities also are present in the form of a talent and technique. The former could be like March 7th’s Girl Power, which will have her attack any enemy that hits an ally she’s defending with her The Power of Cuteness skill. Her Technique, on the other hand, triggers if you have her as the active character on the field and attack it to gain the advantage in the fight. When the battle begins, one will be frozen.

So the key in each fight is to use characters to break opponents’ shields. When you do, you can then deal more damage to them. So the Trailblazer’s basic and skill attacks both deal Physical damage. Say you get to the fight against Bronya. When she has members of the Silvermane Guards around, you can’t exploit her weaknesses. When they are dispatched, the Trailblazer could use any of their attacks to break down Bronya’s armor. Though once armor is broken, it is only removed briefly. Players then need to launch a full assault to take advantage of the opportunity before it is restored. Which means like in other games, having a character from each element feels necessary. (You do get free ones to help with that, like March 7th, Dan Heng, Herta, Natasha, and the Trailblazer.) It also means that pulling for people you like due to their movesets or personality will absolutely be a thing. Which is expected from a gacha game.

From what I’ve seen, it feels like Honkai: Star Rail relies on the same concepts that drive other HoYoVerse games. There’s a story with an “important” player character. This avatar will be a driving force and central figure. Other characters are designed to be attractive and compelling for various reasons. Some of which are tied to their usefulness in combat, determined by their element and moveset. We’ll have to wait and see what happens with the final build. But for now, it seems like will rely on a familiar formula.

Honkai: Star Rail is in development for PCs and mobile devices.