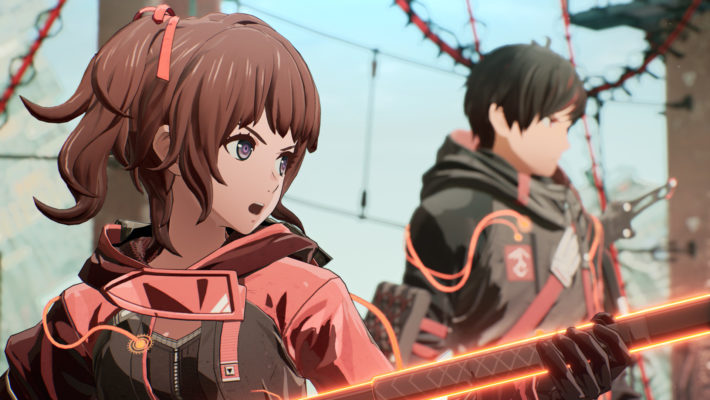 There are some things we knew about Scarlet Nexus from Bandai Namco’s earliest impressions. It’s a brain punk game set in a world where people developed differently than in our own. Others, creatures that don’t have a sense of consciousness, are attacking people. Yuito Sumeragi, a descendant of the family that founded the city of New Himuka, joined the Other Suppression Force after being saved as a child, developing Psychokinesis. However, after a Scarlet Nexus preview session, it seems clear that everything and everyone is connected and the importance behind those bonds is another driving force for the game.

It is right there in the name, after all. The red strings and bonds constantly connect people and all brains are connected in New Himuka, a huge country where the cities of Seiran and Suoh are located. OSF members’ uniforms have red elements. When Yuito goes through the SAS cable connection during his orientation in the 567th class, red cables are injected into him. When he connects with other OSF teammates to “tap into” their power, we see the red cords connecting them. All humans’ brains are also connected to one another via New Himuka’s Psynet. 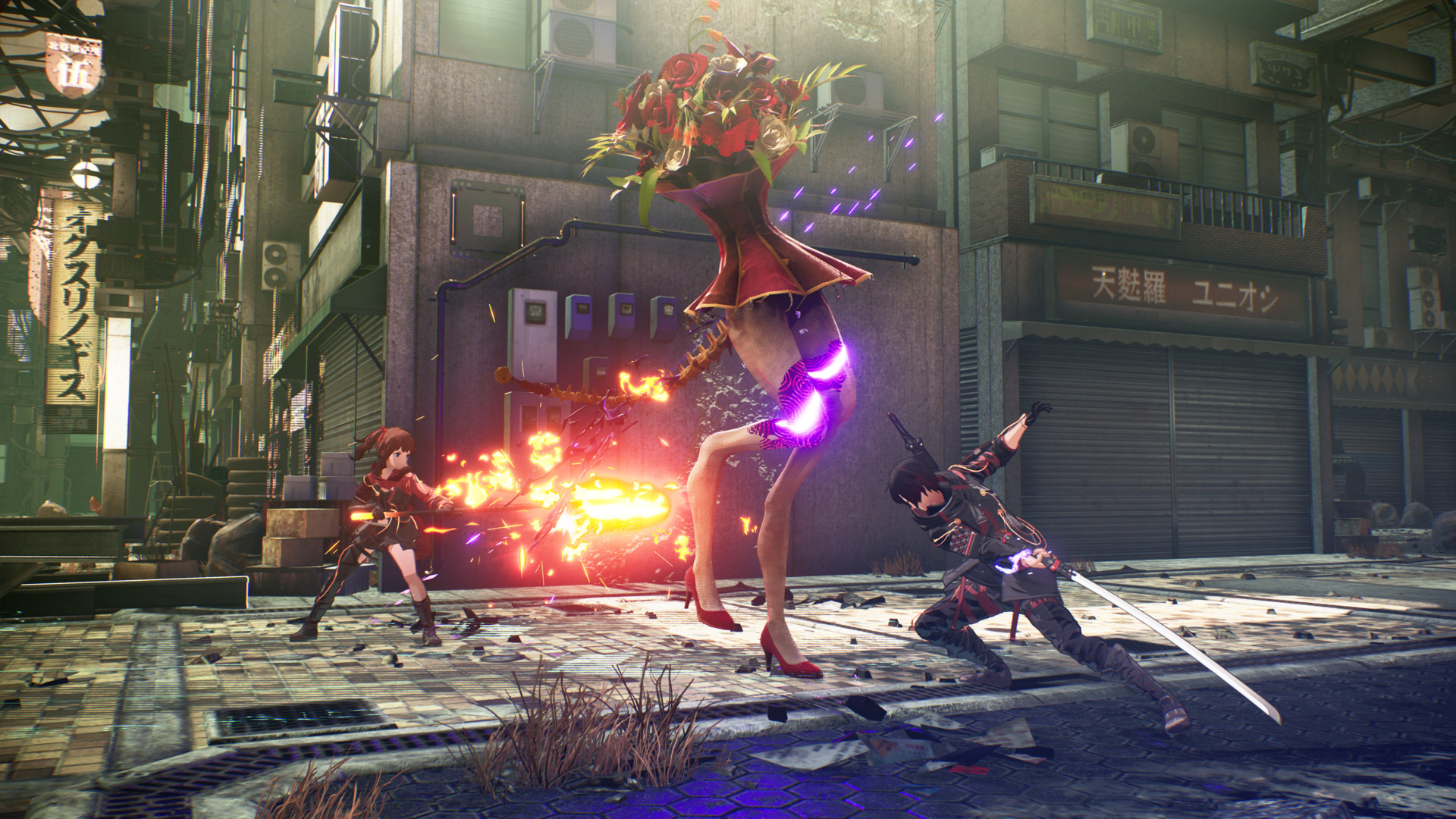 But, at the same time, there are concerns about those connections. Art Director Kouta Ochiai noted that the game will have people think about how alone or bonded people are, especially when people are “forcibly connected.” Also, Director Kenji Anabuki brought up possible negative effects. He noted that there’s that concern about if being constantly connected to fellow OSF soldiers is good and the organization’s motives.

Because of these connections, much of the gameplay during the Scarlet Nexus preview segment involved Yuito working alongside another OSF member: Hanabi. Hanabi is a young woman with the power of Pyrokinesis and fights with a staff called a “torch” in the demonstration. The two would fight alongside each other, with her offering aid as Yuito would use his standard and PK attacks. (The PK gauge is above your health bar, showing if you have enough energy to use attacks.) While she can complement your attacks with her own, Yuito can also borrow her fiery attacks to add the element to his own. 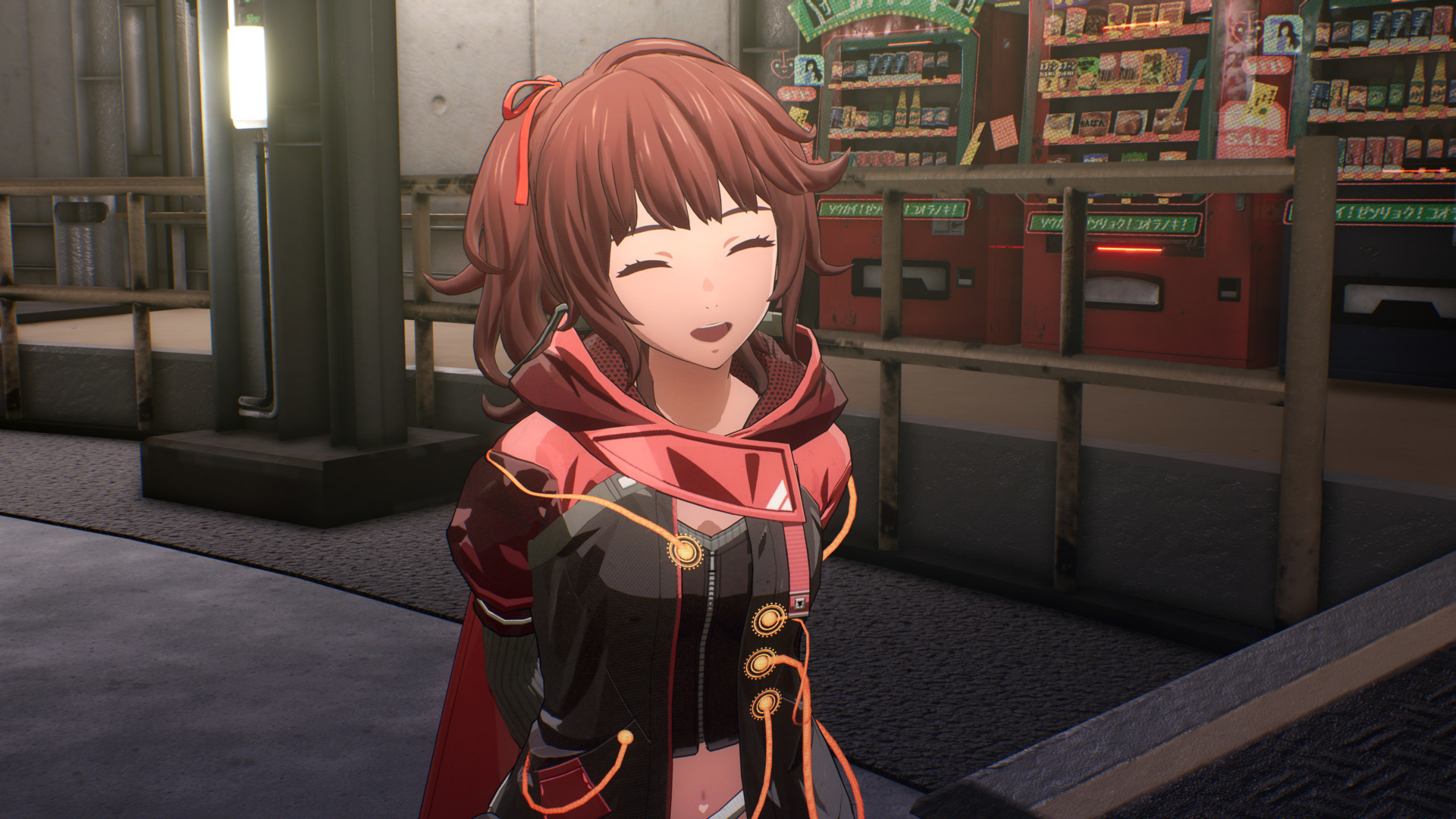 There will also be an ability to influence not only Yuito’s growth, but allies. In the Brain Map skill tree, you will be able to things like expand, enhance, and support Yuito’s abilities by picking up new techniques like item attraction, weapon power up, and object power up. However, there was also an option to look at Hanabi’s connection levels with Yuito and see how changes there would influence her abilities in battle. At level one, there would be Fire Infusion Weapon. When you’d reach level two, there would be Fire Infusion PK Skill Change. Level three will grant a Cooldown Reduction. There will be SAS Hologram Pyrokinesis at level four. Reaching level five would add an Effect Extension. Finally, at level six, there would be a Skill Change Flame Thrower.

Also, as an aside, while only Hanabi was working alongside him in the Scarlet Nexus preview demo, the menu showed there was room for three people to join Yuito. The menu also suggested an ability to direct their AI. With Hanabi, there was a note near her status that said, “Battle at will.” 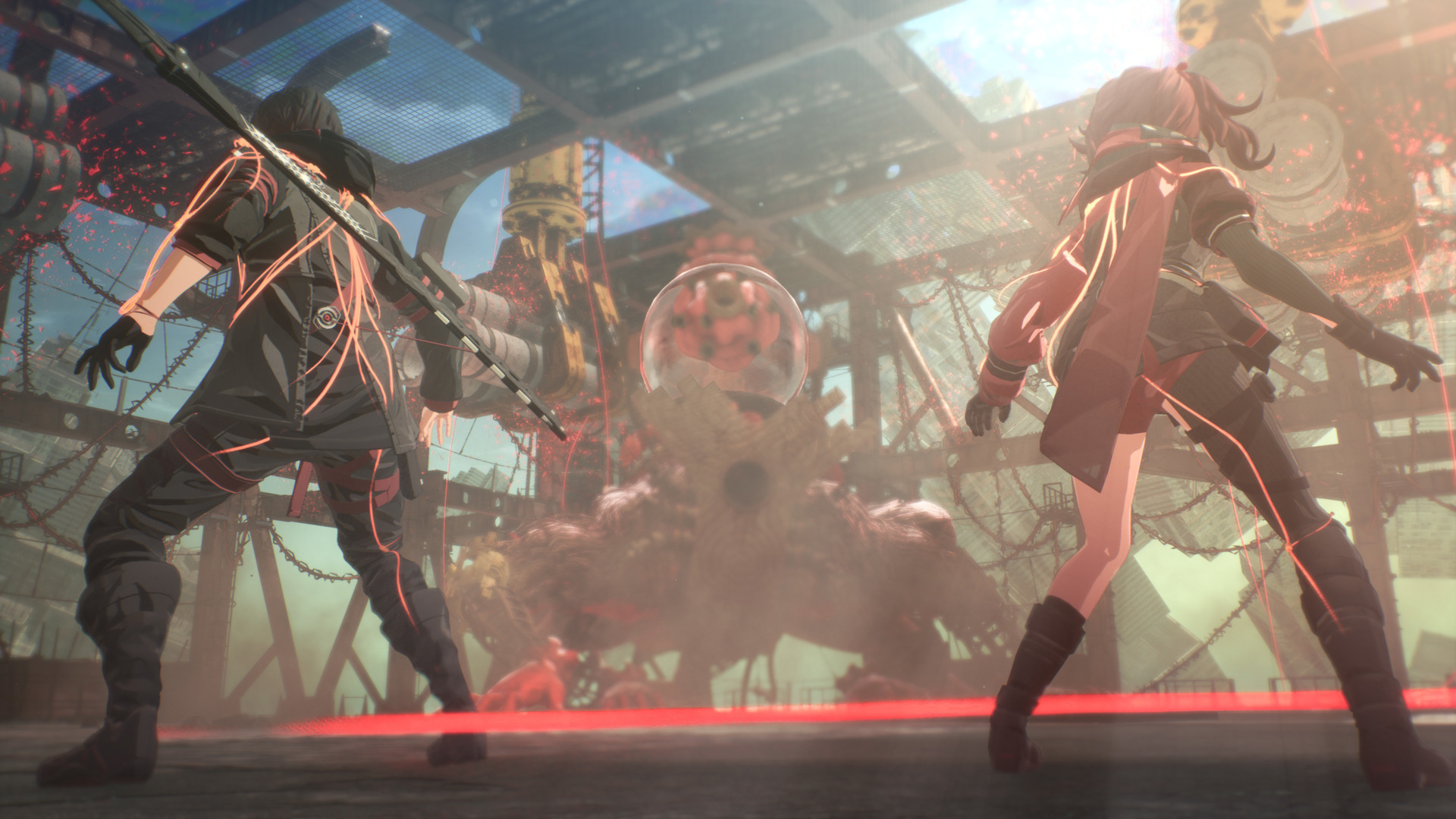 It even seems as though there could be some means of getting closer to allies through activities. The God Eater and Code Vein games have danced around this. With God Eater, we have seen stories where it can feel like your avatar is really connecting with people. Code Vein took things a step further with Affinity, where you could get items from allies and give them valuables. In Scarlet Nexus, there is a whole category in the Quests menu category called Bond Episodes. (It comes right after the Story and Quests categories.)

The menu also features another sort of God Eater staple. In those games, you could check Terminals to occasionally get mail from NPCs. Well, Yuito will receive similar messages from fellow OSF members. In the menu during the preview, Wateru Frazer had left some Brain Messages. He noted that his role is a support one, where he watches the platoon members’ statuses. He also mentioned that his special ability is telepathy, which he uses to connect to members of the team if they enter an area with “bad reception.”

Of course, there is also the constant dialogue staple. Since everyone is constantly connected in Scarlet Nexus, the Yuito’s whole OSF team can be talking to one another. While he and Hanabi were working on missions during the demo missions, they were constantly communicating with other members of the team to set the mood. (For those worried about keeping up with reading such messages while trying to fight, it was confirmed there will be an English dub.) 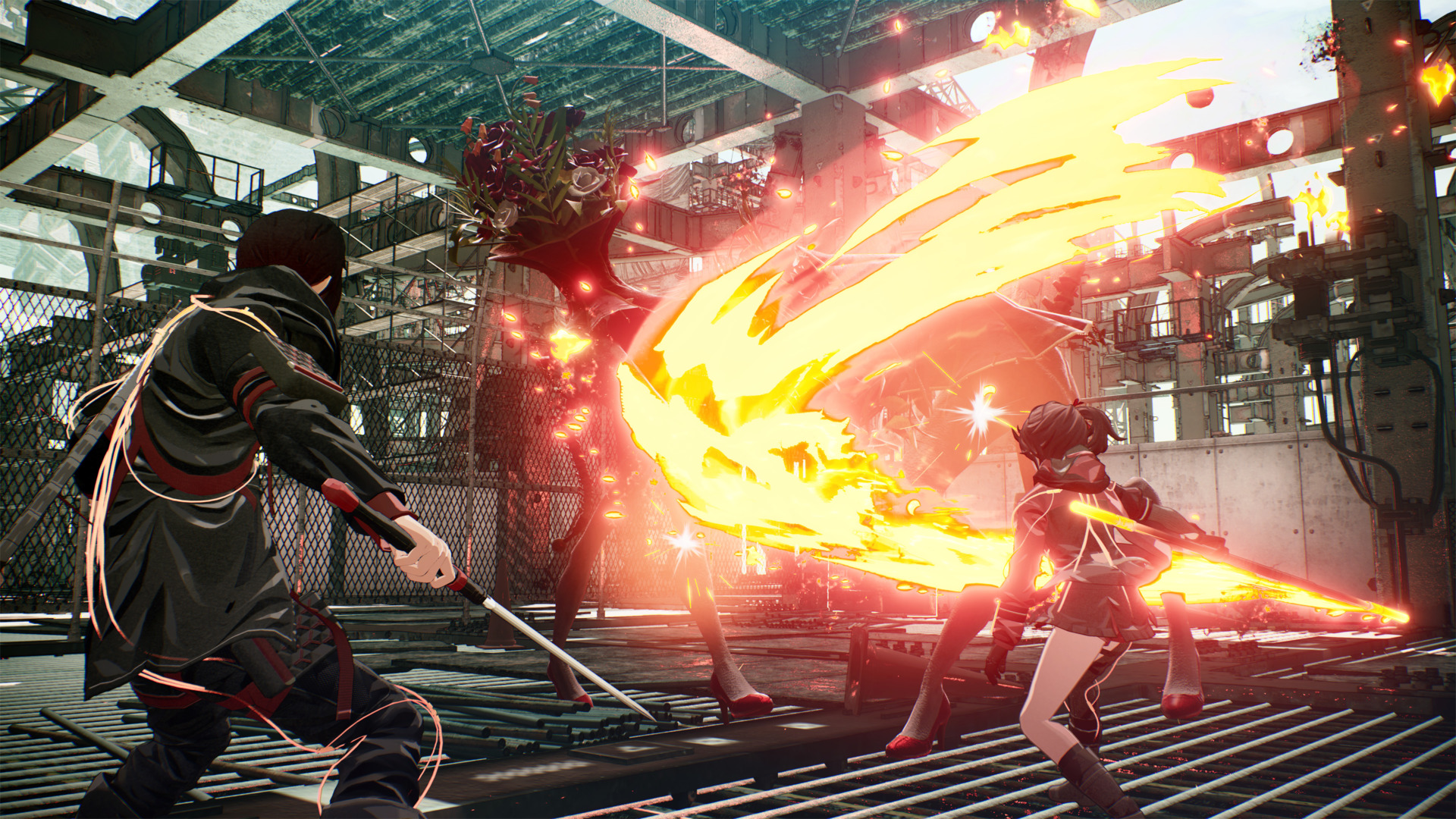 When I saw early Scarlet Nexus footage, I wondered how focused it would be on building up not only Yuito and the world, but the people around him. After all, we’ve seen how the God Eater series and Code Vein paid special attention to other members of the cast supporting our characters. After seeing even more Scarlet Nexus preview footage, I’m excited to see exactly how these relationships will grow. Especially after seeing hints of Hanabi’s relationship with Yuito possibly leading to more advantages in battle and that mysterious Bond Episodes category under Quests. It gives me hope about how deeply bonds will be explored.