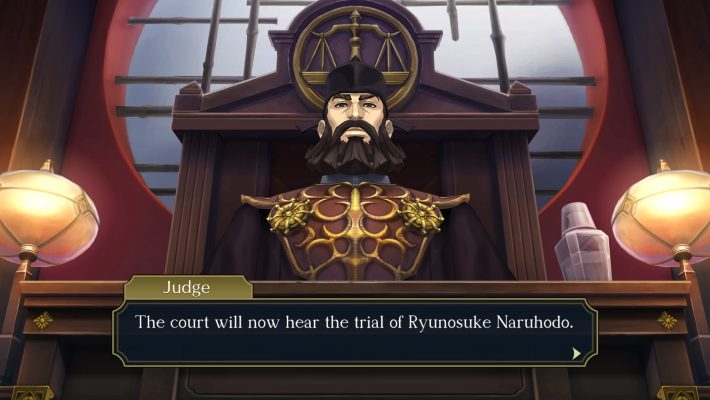 We’ve been able to check out the game’s early chapters, and they’re encouraging for Ace Attorney fans. Many are probably psyched that this English edition exists at all! With the game’s period setting and separate cast, it wasn’t always a given. But The Great Ace Attorney also holds up well. It doesn’t look and feel like a 3DS port. Sure, it doesn’t push the polygon count too hard, but its visual polish and focus on a period aesthetic allow it to hold its own among 2021 releases. 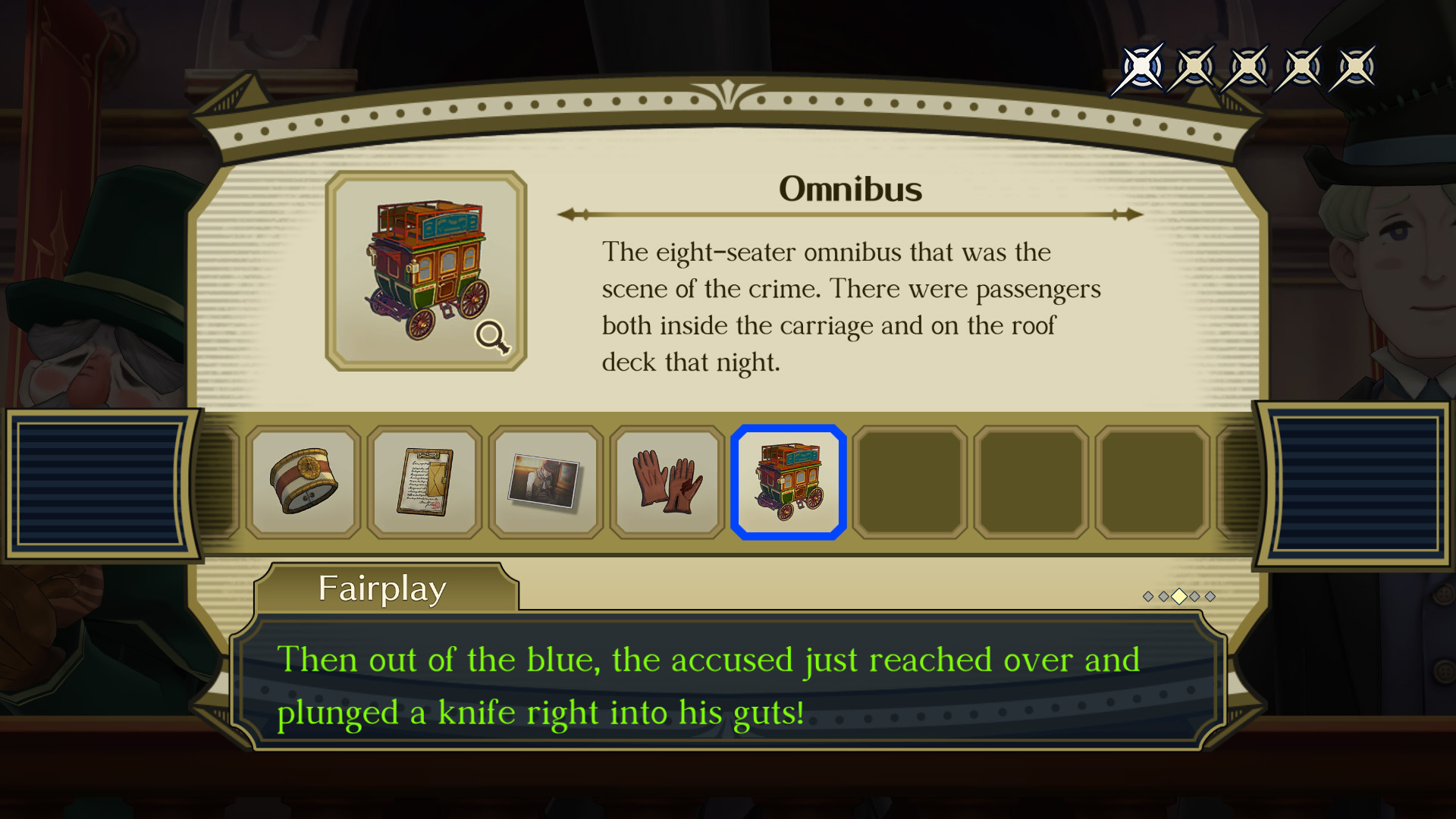 The Great Ace Attorney Chronicles includes two games, localized here as Adventures and Resolve. In the beginning of Adventures, you’re introduced to the protagonist: Ryunosuke Naruhodo. He’s accused of a murder he didn’t commit, and through a series of events that we won’t spoil, ends up in the British legal world. Naruhodo is very much like Phoenix Wright and Apollo Justice before him: perceptive and skilled, but with a temperament and nerve that could use some work.

It may sound weird to want modernization from a release that, in addition to being a compilation of 3DS ports, is also a period piece set a century ago! But we do wish it were easier to act more quickly on discrepancies and clues you notice. Often, you’ll get some helpful new evidence, but Naruhodo and the opposing attorney and witness will have to talk and struggle through a few minutes of text before you’re presented with an opportunity to use that information. The result is a game that’s slower than it has to be. There are some nice ways to speed up text you’ve seen before, but it’d be nice for more capable players to push through things at a quicker pace the first time.

The advantage of The Great Ace Attorney Chronicles using the reliable franchise engine? It has a lot of built-in quality-of-life features these days. If you want to just follow along like you’re watching a procedural, you can turn on Story Mode and have events proceed without your input. There are a host of ways to tweak the display and text speed. While there’s nothing to fundamentally change what’s going on in the game, around the edges, the game has a lot of polish. 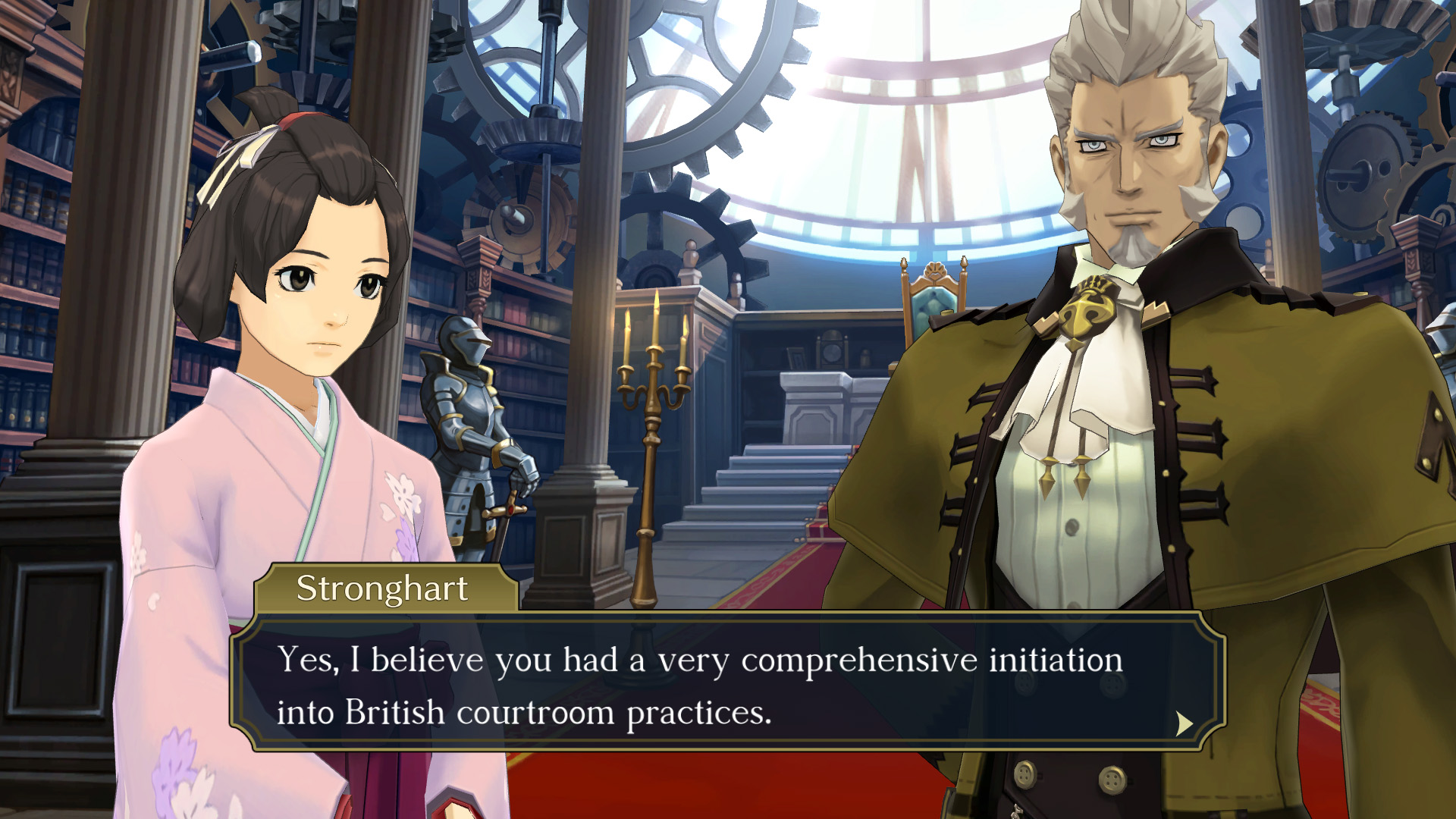 We’re looking forward to seeing the game’s later chapters. Narrative-heavy games can use that investment well and build to a payoff. In the early cases, though, there’s a clear commitment to quirk. Ace Attorney as a franchise throws some real nonsense at you sometimes, and this is no exception. There’s a bit of slapstick between court proceedings, quite forcefully keeping things light.

The Great Ace Attorney Chronicles will launch on July 27, 2021 on the Nintendo Switch, PlayStation 4 and PC. Capcom provided early hands-on access to the game for this preview. Keep checking Siliconera for more on the game, including our review, closer to release day.