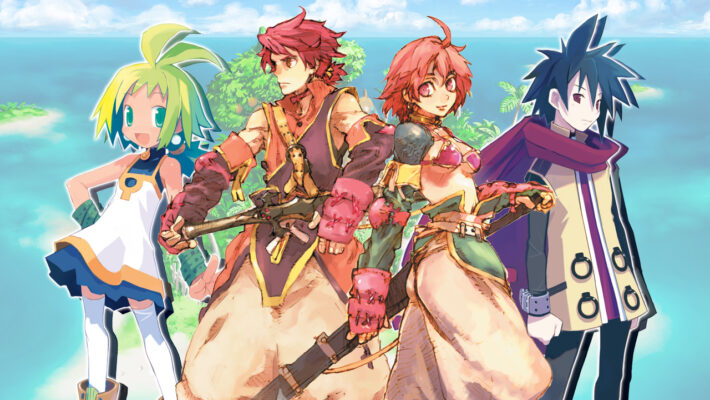 Prinny Presents NIS Classics Vol. 1 bundles two games from Nippon Ichi’s back catalog and brings them to Nintendo Switch. It’s set for launch on August 31, 2021. Want to know more about it? Read on for our hands-on analysis!

Soul Nomad & the World Eaters is a 2007 tactical RPG. If you haven’t heard of it, you’re forgiven; it wasn’t a huge seller at the time, and the time was in the post-PS3 era of PlayStation 2 releases. There’s a lot of cool stuff from that period, though! And Soul Nomad certainly tries out some different ideas. It’s still weird in the signature NIS way, but Soul Nomad is notably darker than the company’s other games.

It’s largely built around its idea of rooms. Instead of moving units on a grid, you move a platoon of them, built in formation, to attack other similar teams. In this way, it’s a bit like Ogre Battle or something, but it still sticks to a turn-based setup. The tactics of the map matter far less than how you configure and build these largely autonomous squads. 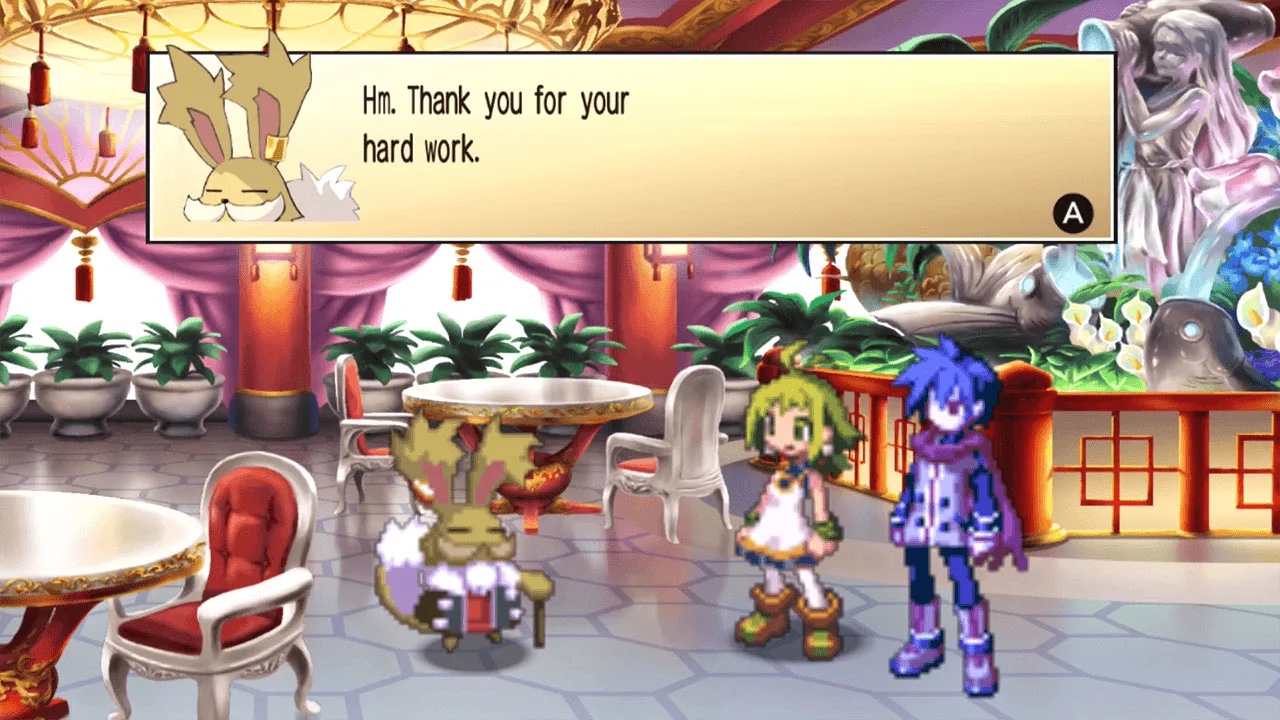 Phantom Brave: The Hermuda Triangle Remastered is also a strategic RPG, most known for its grid-free combat system. Instead, much like some tabletop games, this 2004 title measures pure point-to-point distance. It’s a distinction that earned it a lot of re-releases, from Wii and PSP to PC and, well, now Switch.

Outside of this novel approach, the game has a lot that Disgaea fans will find familiar. It’s got a lot of content: tons of phantom units to unlock, a bunch of jobs… that kind of thing! It’s meant to be a timesink in a similar way, and it’s not afraid to borrow the structures that helped the same dev team do that in the first Disgaea game.

Why is this a collection?

That’s a good question! They’re both NIS strategy-RPGs, but they really don’t have a lot in common. And their ports feel very different! Bundling just two games, too… it’s a weird one. Especially since these are selling separately elsewhere. We don’t have a great answer for this!

That said, you could make an argument that if you’re a fan of the Nippon Ichi model of RPG, you’d want all of them? And you’d want them on a platform that’s most convenient for playing a lot of game over and over from wherever. Still, unless they’re planning to do something more elaborate with this “Prinny Presents” label going forward, it’s still peculiar. 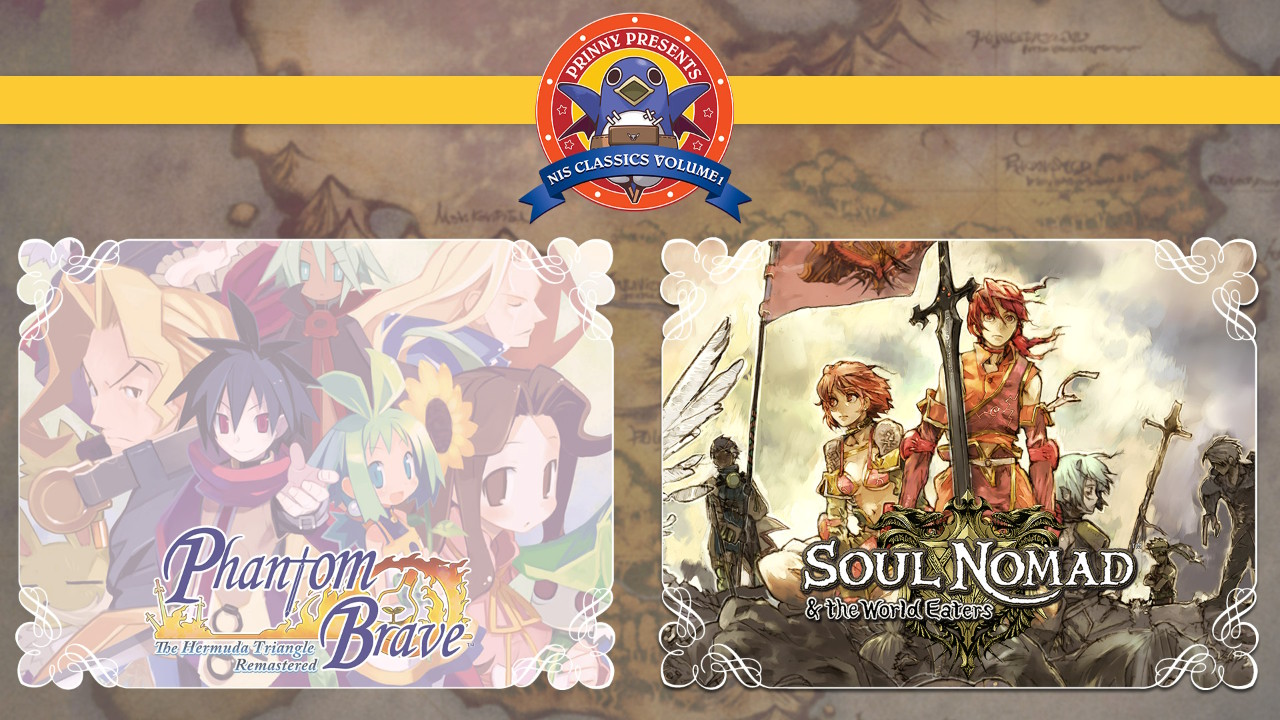 What makes these new versions special?

Well Soul Nomad remains largely untouched since its initial release, and it shows. It’s blurry. It’s still in a 4:3 aspect ratio. But it’s here at all, and a port for such an underappreciated game, by itself, is still something! Phantom Brave, on the other hand, has been on a lot of platforms. And it carries those upgrades! Outside of the sprite work still looking like it does, the presentation feels like something that actually fits on the Switch.

The extra Phantom Brave content added in later ports is here, but if you were looking for totally new stuff? That’s not here. Given the “Prinny Presents” umbrella, we figured we’d at least see a museum section with concept art and such, or really any sort of bonuses you’d think you’d find in a commemorative release. Instead, this is just the two standalone games, with a launcher to choose one and an added title menu option in each to return you to it. 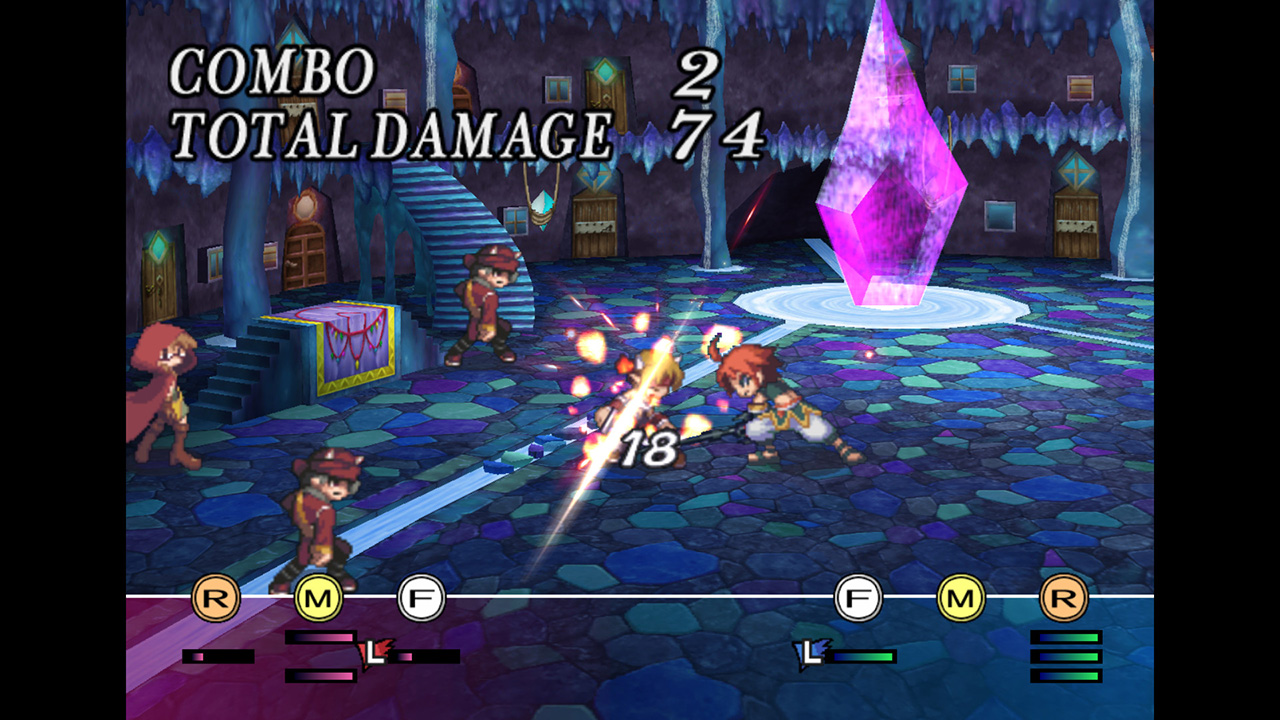 What could we see in a Volume 2?

There’s no definite information yet, but it’s fairly easy to speculate. The series seems designed to cover Nippon Ichi’s non-Disgaea catalog, but it’s also focused on titles already available internationally. As such, we’re most likely to see Makai Kingdom, GrimGrimoire and La Pucelle: Tactics. Alternatively, a second volume could move on to NIS’ robust PSP library. At that point, your guess is as good as ours!

Prinny Presents NIS Classics Vol. 1 will launch on Nintendo Switch on August 31, 2021 in North America, with releases in PAL regions shortly after. Soul Nomad & the World Eaters is also getting an individual release that day on PC. Phantom Brave launched on Steam in 2016 and is still available.