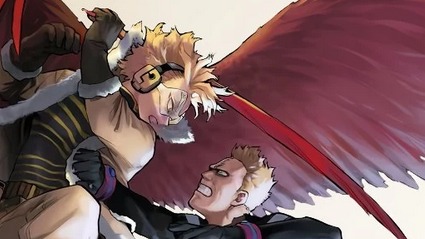 The latest edition of Weekly Shonen Jump has confirmed an upcoming Season 6 for My Hero Academia. Season 5 started airing on March 27, 2021, and the last episode will air on September 25, 2021. Based off of the current events of the anime, My Hero Academia Season 6 will likely start from the Paranormal Liberation War arc. [Thanks, ryokutya2089!]

There is currently no news on when exactly Season 6 will premiere. After Season 4 ended in April 2020, there was a gap of about a year before the start of Season 5. Season 6 will most likely start in the Spring 2022 anime season, though more concrete news will appear in the near future. Volume 2 of the Season 5 Blu-Ray recently came out on September 22, 2021. The release date for Volume 3 is November 24, 2021, and Volume 4’s is January 19, 2022.