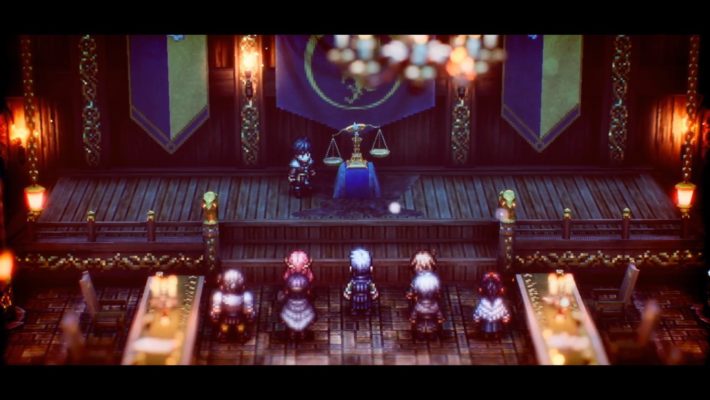 Utility, morality, and liberty were established as the key tokens. Your choices determine your Conviction, which alters who joins you. You and the other characters also vote on actions during  Scales of Conviction. In battles, working alongside allies will be critical as well. You can flank enemies for subsequent attacks, link attacks, or work on coordinated attacks to land additional hits.

As for the Project Triangle Strategy, the demo will function similar to the Bravely Default II one. Square Enix will have a feedback survey. People’s input will help shape the game.

Here’s the first trailer for the game.

Project Triangle Strategy, which is a working title, will come to the Nintendo Switch in 2022.