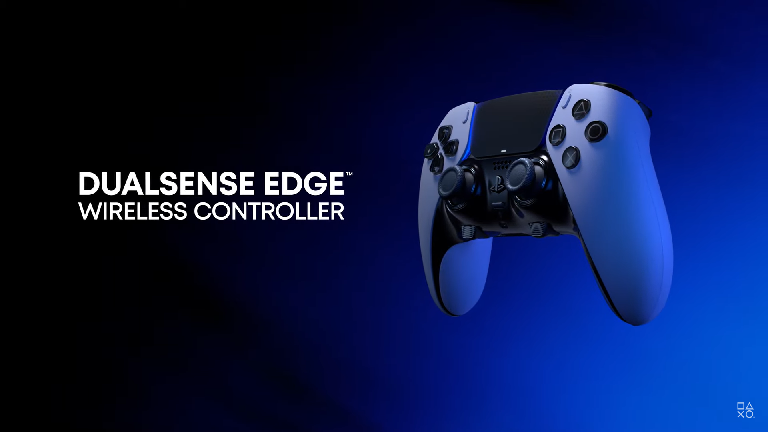 PlayStation is teasing its new DualSense Edge wireless controller on the PlayStation Blog. Features for the controller include customizable controls, changeable stick caps, back buttons, and saveable user profiles. There is also a user interface right on the controller for you to adjust settings such as game volume or control profiles without having to back out of the game.

The level of customization for this controller extends to remapping or deactivating buttons, as well as toggling stick sensitivity. You can also set travel distance and dead zones, as well as set it to individual profiles to swap around. For example, you may want a shorter travel distance for the triggers in a fighting game. When you want to play something like a racing game, you can then change your profile to one that has a reduced dead zone.

There are three different kinds of stick caps: standard, high dome, and low dome. As well, there are two types of back buttons: half-dome and lever. You can configure certain keys or commands to these back buttons as well. It also has the normal features as a normal wireless DualSense.

The DualSense Edge wireless controller will be available for the PlayStation 5 in the near future.