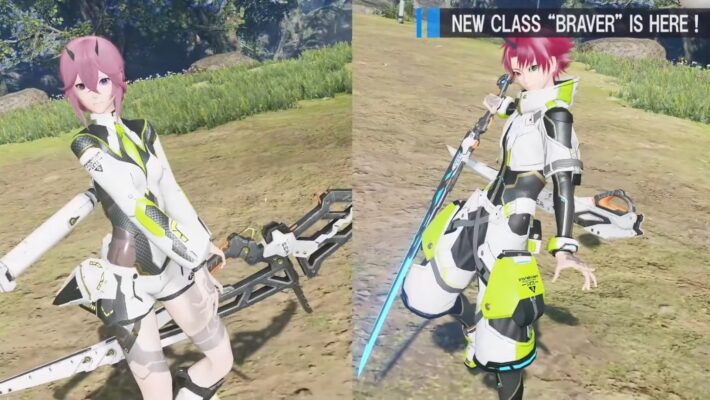 Sega revealed the new Braver class will come to PSO2 New Genesis in August, as well as a new side story and AC Scratch Ticket collection, during the latest NGS Headline video. The Braver class can wield either a Katana for melee combat or Photon Bow for ranged combat. It deals bonus damage while stringing together combos in quick succession. The class update will launch on August 4, 2021.

The Braver class will come with powerful class skills that augment the class’s fast-paced and agile attacks. Brave Combat reduces PP consumption for a short period of time and ends with a powerful finishing move. Katana PA Combo also features three levels of Action Changes that increase each time the same Photon Art is used in succession. The Photon Bow is capable of dealing consistent damage through quick shots while moving as well as charged shots.

Once the Braver class is released, players will be able to take on Braver missions by talking to the new class instructor Dierdre. Additionally, players will also be able to collect Braver-specific outfits, emotes, and hairstyles through the new Astute Braver SG Scratch Ticket.

A new Side Quest featuring Aina will also be released on August 4, 2021. That will be titled “A Melancholy Monument.” After that on August 18, 2021, Sega will add a new 8-player “Mining Rig Defense” Urgent Quest. It will task players with defending several mining rigs from self-destructing Boms enemies and aerial Destragras DOLLS. The urgent quest will reward players with weapons from the Evolcoat series.

Finally, several AC Scratch Tickets will arrive in August. This will start with the summer-themed Sunshine Marine Stars collection on August 4, 2021. It will include ice cream emotes and marine-themed outfits. Oracle Renewal Collection II will come to the Revival AC Scratch Ticket store on August 11, 2021. That will feature several items that were only released in the Japanese version of the game, including the Pure Maid Dress and Cursed Coat outfits. On August 18, 2021, the Summer Sky Seaside collection will launch and add emotes and swimwear that fit the Summer season. 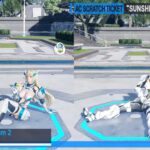 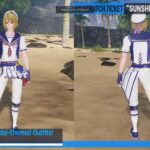 You can check out the full NGS Headline video below:

PSO2 New Genesis is immediately available for free on PCs via the Microsoft Store, Xbox One, and Xbox Series X. Sega will add the new Braver class to PSO2 New Genesis on August 4, 2021.