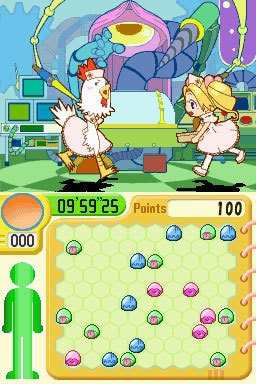 After reading about RozenQueen’s plush Prinny capsule bonus for Puchi Puchi Virus I started wondering where is the game. When I got a playable build way back in March the documentation included with it stated May 2008 as the release window. RozenQueen says we’re not going to see it until July.

To clear things up I asked NIS America and found out Puchi Puchi Virus should come out on July 29th. “Developmental delays” are bogging the game down. To be fair, NIS America has plenty on their plate with two Disgaea games both of which are scheduled to come out in the summer.