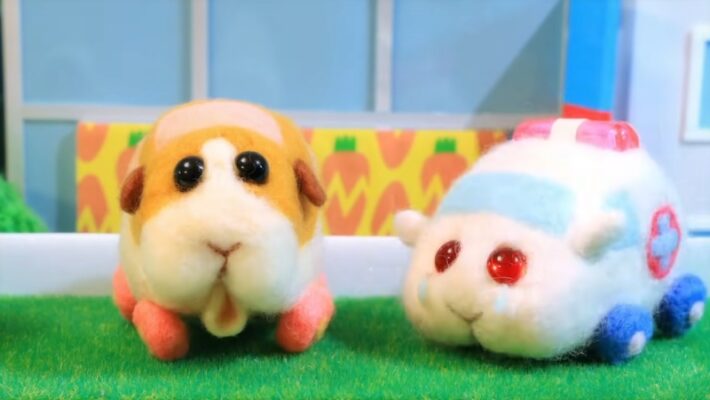 The Molcars are revving up. Bandai Namco will localize the Switch game Pui Pui Molcar Let’s Molcar Party for an English-language Asian release. Based on the Pui Pui Molcar stop-motion animated show, this is a party game designed for solo and local multiplayer.

The trailer laid out the premise of Pui Pui Molcar Party. What if the Molcars of Pui Pui Molcar were tricked into coming to a new place called Moltown, then roped into rebuilding the area? It’s about as simple as the premise of the show itself. (What if cars were guinea pigs?) Up to four players can play various minigames to earn resources that can be used to build up Moltown. Developing the town will attract new varieties of Molcar. There will be forty playable characters in the roster. Customization and faux-social options are available too. Players will be able to accessorize their Molcars and hang out with them.

The Pui Pui Molcar show is produced by Shin-Ei Animation. It produces Doraemon and co-produced the anime adaptation of The World Ends With You. Animated in stop-motion and without dialog, the series first aired as two-minute shorts on TV Tokyo’s Kinder TV in early 2021. The show went on to appear internationally.

Pui Pui Molcar Let’s Molcar Party will release on the Nintendo Switch in Asia on December 16, 2021. The series can be seen on Netflix in North America, and on Youtube via Muse Asia in Asia.