Sporting brand PUMA has revealed that it is collaborating with Nintendo’s Animal Crossing: New Horizons to release a new collection of sneakers and hoodies. Details are scarce, and the company has yet to announce the full collection or release date. However, a few official images show off the special edition suede sneaker. [Thanks, Sneakerfreaker!]

Animal Crossing is, of course, no stranger to the world of collaborative apparel and merchandise. Earlier this year, Build-a-bear revealed a new line of plush toys featuring Tom Nook, Isabelle, and K.K. Slider. Around the same time, clothing brand UNIQLO also revealed a collection of shirts and pants featuring the game’s most prominent characters and quotes. However, it’s safe to say that this is the first time Animal Crossing: New Horizons has released collaborative footwear.

The Wild Rider sneaker in particular features the Animal Crossing: New Horizons and signature leaf logo printed inside, with character graphics printed on the outside. Furthermore, it comes with an alternate pair of light green shoelaces.

You can get a better look at the sneaker and hoodie in the screenshots below: 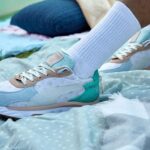 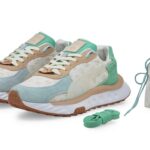 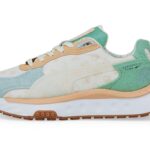 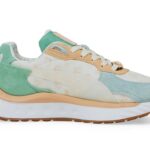 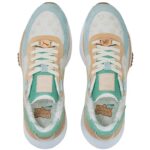 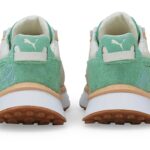 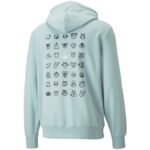 The PUMA Animal Crossing collaboration collection currently has no confirmed release date, price, or lineup. PUMA plans to release further information about the collection at a later date.