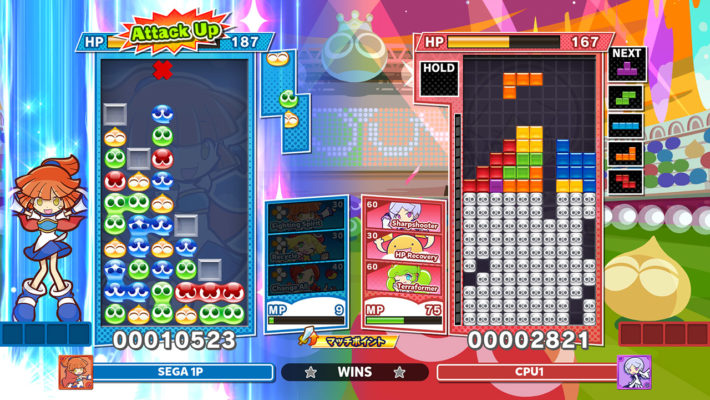 Puyo Puyo Tetris 2, the upcoming puzzle sequel from Sega, will have a more involved campaign than its predecessor. As part of PAX Online’s opening day of streams, Sega enlisted Tetris creator Alexey Pajitnov to debut footage of its revamped Adventure mode.

Puyo Puyo Tetris 2‘s Adventure mode brings back the characters from the first game, like recent Puyo Puyo protagonist Ringo and thoroughly anthropomorphized Tetris block Tee. This time, players willl progress through a map with branching paths, and take on challenges with new special conditions to keep them on their toes. You can check out the new trailer below:

Also shown were Skill Battles, a new option in Puyo Puyo Tetris 2 and both a part of Adventure mode and its own standalone option. In Skill Battles, players gain experience and level up characters. As Item Cards unlock, they can be equipped in these battles to provide different special abilities.

As in the first game, progressing through these modes will earn players currency to unlock characters and new cosmetic options. If the normal unlocks aren’t enough for you, the game’s launch edition includes a pack of special in-game cards, three of which include items from the Sonic the Hedgehog franchise.

Puyo Puyo Tetris 2 is slated for release on December 8, 2020 on Nintendo Switch, PlayStation 4, Xbox Series X and Xbox One at a price of $39.99. A PlayStation 5 release is still listed for “Holiday 2020,” and a Steam port will follow in early 2021. Both the PlayStation 4 and Xbox One versions will support free next-gen upgrade options.