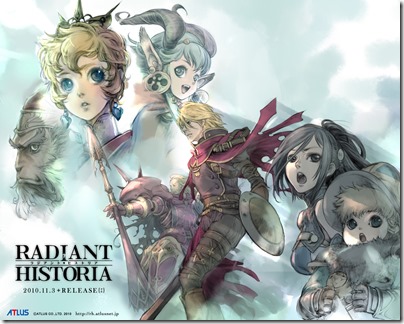 Last week, on November 3rd, it was Radiant Historia’s fifth anniversary since its release on the Nintendo DS five years ago, and director Mitsuru Hirata had a few words to share via Twitter.

“Ohh, it’s already been 5 years! I can’t exactly say that it was a hit, but it brings me great pleasure to see how much people still love the game. It’s a title that I have very strong feelings about, personally speaking. I’ll always have the feelings of ‘I hope for a new Radiant Historia game some day!’ lol #rh_atlus”

Radiant Historia released in Japan on November 3, 2010 for Nintendo DS.