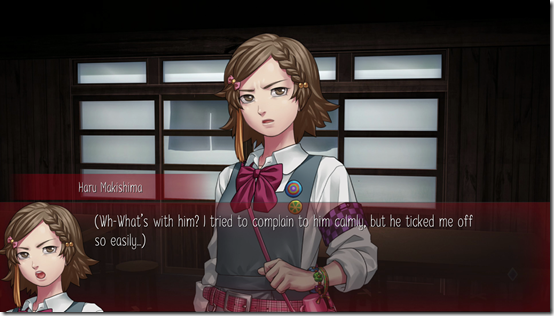 Raging Loop won’t just be heading to consoles outside of Japan. It will be showing up on PCs too. On December 5, 2019, the visual novel will appear on Steam. This is about a month and a half after its Nintendo Switch and PlayStation 4 debut. Lemnisca is working on the localization and PC version’s quality control.

In addition, a new Raging Loop trailer has been released. It shows Haruaki happening upon the Yasumizu settlement, the place where people can’t leave and he’ll be trapped in an endless loop. It looks at some of the visual novel elements in place. It also offers a peek at Revelation Mode, a feature unlocked by earning the true ending. This mode lets you see people’s thoughts and watch new scenes.