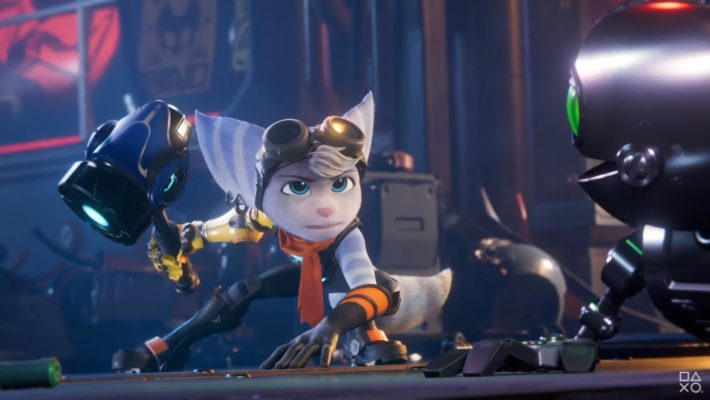 Ratchet and Clank: Rift Apart has been announced for the PlayStation 5 from Marvel’s Spider-Man developer Insomniac games. The game, announced via trailer during Sony’s PlayStation 5 showcase on June 12, 2020, will contain new weapons, characters, and a continuing storyline for one of PlayStation’s oldest brands.

The game will star the titular duo of furry animal and cute robot, as they platform, shoot, and traverse their way through the universe. Or perhaps more than one universe, as interdimensional rifts appear to play a significant role in the game’s story and mechanics. The trailer featured the use of many rifts to pull enemies into environmental hazards and travel to new areas.

The Ratchet and Clank: Rift Apart trailer also drops a last hook by depositing Clank all alone in a dystopian city. When he calls for Ratchet, a different, female character answers with “Who?”. And whoever she is, happens to be a Lombax, the species that Ratchet happens to be one of the last of.

Ratchet and Clank: Rift Apart is set for release on the PS5, which itself is due for a holiday 2020 debut.