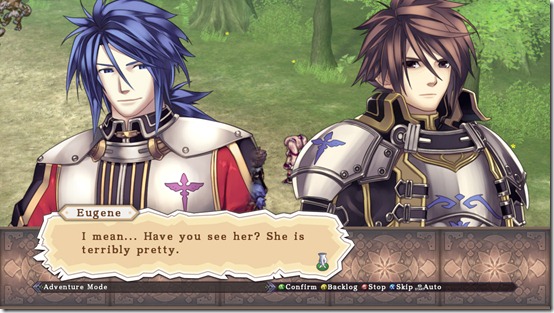 How do you plan a multi-generational game like the Record of Agarest War? Do you design the game from beginning to end and then fill in the branches in the middle?

Sugano Kenta, Director: I begin with the big picture for the story first. Then I’ll fill in details with each generation.

Going back to the beginning, why did you decide to make a multi-generational story a cornerstone of the game?

There was a series I liked where a kid was a character in the game and we came up with the idea it might be fun if there were multiple generations. Since it hasn’t been done before, we decided to make five different generations. 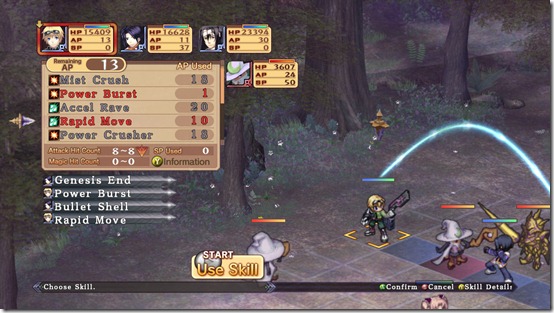 For the sequel, I saw it as a parallel world of the game world. That’s how in envisioned it as I made it.

The battle system went through some changes too. Why did you decide to revise it?

Since the game is set in a parallel world, I saw it as a new game and thought I would try something new.

Were there any ideas you tried before finalizing the battle system in Agarest 2?

There were many different ideas I had such as using the same movement system from [Record of Agarest War] 1 or adding in more RPG elements. There were many other ideas, but since the characters are 2D, I wanted to do something that would compliment that art style. If there were too many different perspectives like in a 3D game the title wouldn’t look as good.

How do you feel about the Record of Agarest War series now that it found success in the West?

What’s your favorite interesting moment in the Agarest war series?

[Laughs] The scene where Borgnine eats Winfield is my favorite. [This scene is in Record of Agarest War, I can’t seem to find a video to share it, sorry!]

Out of all the characters, which one would be your perfect match from Record of Agarest War Zero?

Hirano Katsuyuki, Character Designer: For me, it would be Alice.

And the entire series?

Since it’s already on PS3 and Xbox 360. Have you thought about bringing the Agarest series to other platforms like Vita or Nintendo 3DS?

SK: Hmm… personally, I’m interested in new hardware. It would be easiest to do with Vita since Idea Factory has experience with the PSP. I’d like to hear more about Wii U and then maybe we can work with that too.

With Agarest on the rise, what happened to the Neverland series and the Spectral Souls and Generation of Chaos titles?

SK: It’s not that we’re not going to make anymore Neverland games. Because this series is important we need a lot of time to decide if we’re going to continue the series or not.

[Blazing Souls Accelate was the second to last game set in the high fantasy Neverland universe.]

Tomorrow, we’re going to shift to the business where we talk about licensing for Record of Agarest War 2, otome games, and… Infaune-san’s Neptunia Mk-2 cameo?