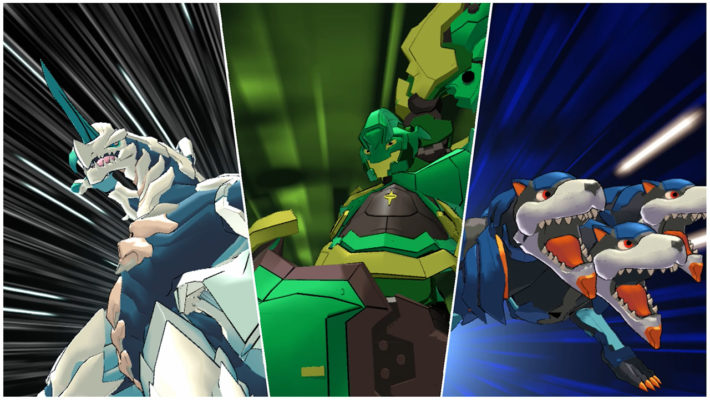 The creature-collecting genre is a crowded one. There are plenty of great games out there giving people chances to gather together characters and battle for supremacy. Bakugan: Champions of Vestroia is WayForward, Spinmaster Studios and Warner Bros’ attempt to do the same for the card/character game. While it tries, it borrows concepts from a series that didn’t really catch on outside Japan, offers drawn out battles and can feel like it doesn’t give its audience enough credit.

Bakugan: Champions of Vestroia begins with an expectation that players know and accept that potentially alien creatures known as Bakugan drop to the earth and hold incredible power, but it is totally normal and acceptable for children to summon these stories-tall critters at any time and any place to battle. (Parks, streets… anything goes in Bakugan.) After a soccer game, you come across a giant, glowing crater with an orb inside. This is the opportunity to pick your starter Bakugan, a sentient being dedicated to the idea of brawling. 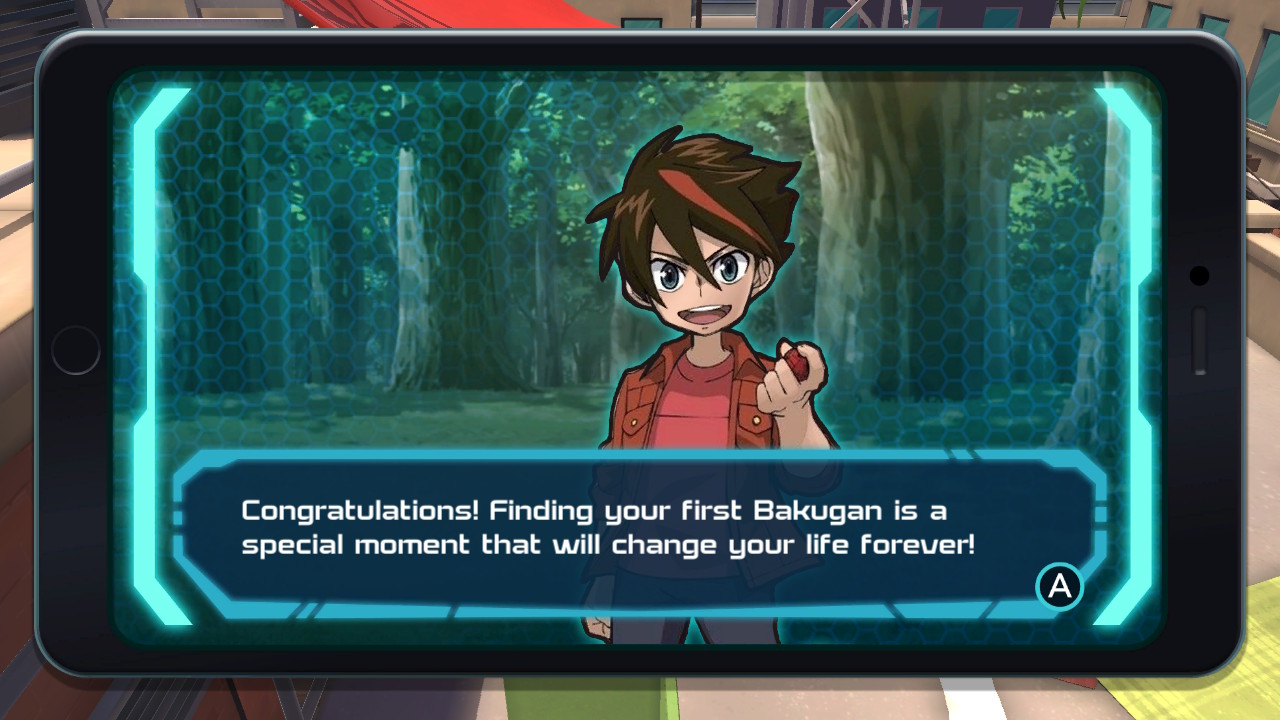 From there, it felt like I experienced an adventure that borrowed concepts from different Level-5 RPGs. Like LBX: Little Battlers eXperience, there’s a big competitive scene in the city, with people developing characters and buying evolution parts and abilities. Like both LBX and Yo-kai Watch, there’s an actual city to explore. Other people around you might have side-quests for you or flavor text to share. Also like Yo-kai Watch, Bakugan talk back. You can tell the goal is to create a cohesive environment.

While those games have towns and people that have a sense of character, Bakugan: Champions of Vestroia doesn’t possess the same personality and depth as WayForward games like Shantae, River City Girls, Mighty Switch Force and The Mummy Demastered. You have an avatar you customize, down to additional clothing you can get from running errands or winning matches. You have “friends” who don’t stand out and cameos from characters like Dan Kouzo from the Bakugan anime series. The Bakugan themselves don’t have the appeal and charm of, say, an Agumon, Jibanyan or Pikachu. Yes, someone familiar with the anime adaptation or the toys themselves might see their favorites. (Leonidas as touted for its appearance.) But for someone unaccustomed to the series, there isn’t the same sort of mascot that might lure them in. 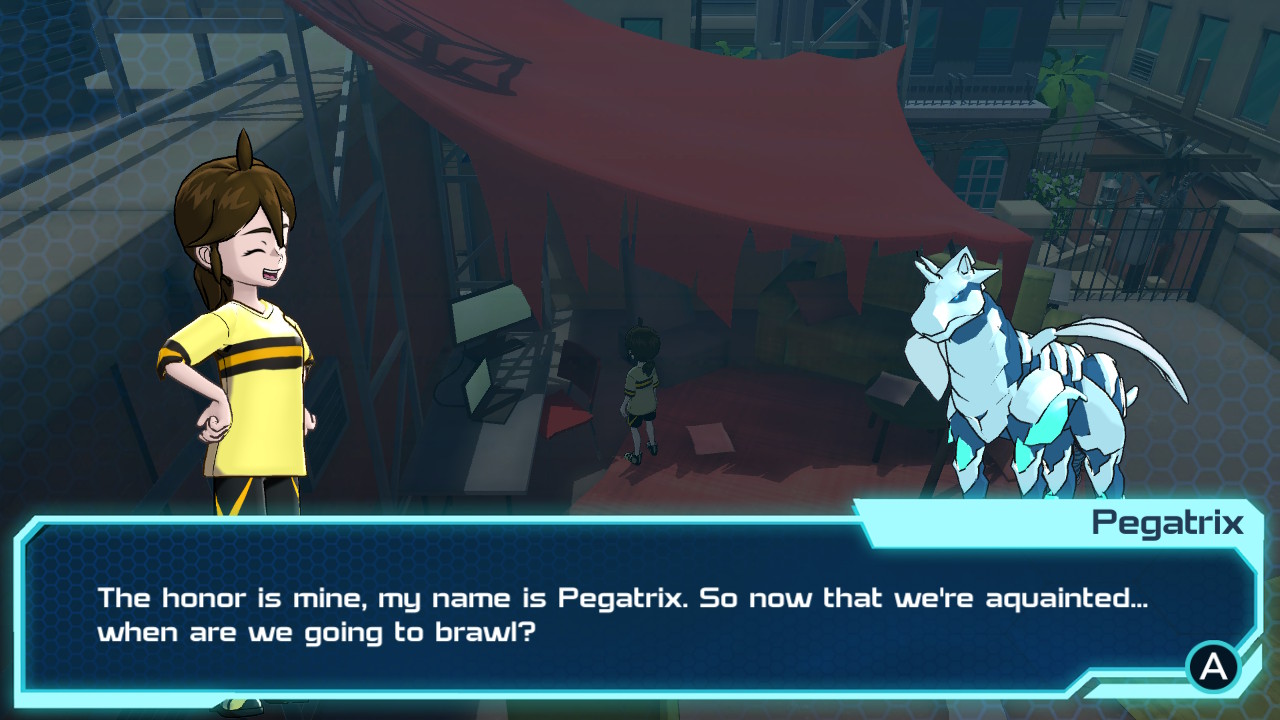 It really threw me is how generic the Bakugan themselves seemed to be. For example, when I chose my starter, I figured it would be a unique character with a special design. But within my first few battles, I saw fellow children with that exact same character or with versions of that character from a different faction that… we a color-swapped version of it. Since you determine the moveset with abilities you buy and collect, it isn’t like Pokemon or Digimon where you pick certain characters because of unique abilities. I wouldn’t necessarily say this is WayForward’s fault, however. I can tell the developer tried to work with the property and build up a world around it. The toys themselves can sometimes fall into the trap of “a dragon, only red instead of black.” Also, to the game’s credit, once you do get a few hours in, you do see some more distinctions.

Unfortunately, the battle system can make it a long journey as you work toward seeing more interesting characters. Players create teams of three Bakugan and face a competitor’s group. Two Bakugan trade blows in a pointless show in the background, never dealing serious damage unless you trigger one of their four skills after having your character run around the field, pick up Bakucore energy and fling it at their character. It’s an active battle system, complete with cooldowns for abilities and energy gauges. You must whittle away the health of each opposing character, gaining an arbitrary point of experience that puts you closer to an evolution (if you have the right item) at the end. 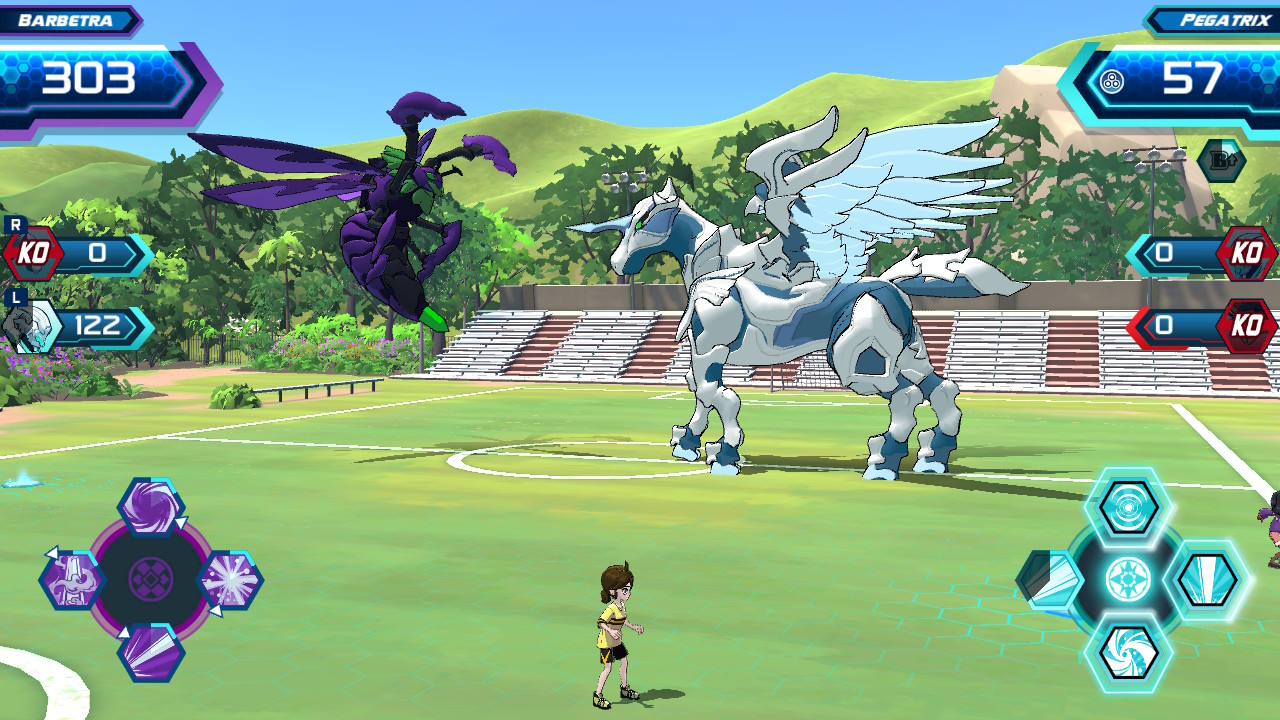 Each of these fights drag on. Energy spawns at a rate of about two to three, sometimes four, Bakucores at a time. Sometimes, running up and actually touching one might not trigger the action to grab it and your opponent might take it instead. The skills are represented by icons and not text; I hope you memorized which skill you assigned to each slot! Also, once a Bakugan’s skill triggers, you have to sit through the animation. Where a typical Pokemon or Yo-kai Watch fight tends to last one or two minutes, even an early Bakugan: Champions of Vestroia fight that doesn’t involve a full 3v3 team will last at least five minutes.

At the same time, it is like Bakugan: Champions of Vestroia is a little too simple. Dan’s tutorials pop up often in the early hours, like some sort of YouTube influencer telling you what to do. The maps seem overly large, with not enough activities present to justify the use of space. While the side-quests can be varied, they don’t too much heavy lifting. (But again, this being a game for children, you can’t really expect that.) You have abilities that can do things like build up points for a team attack or inflict positive or negative status effects, but the nature of battles made me shoot for largely offensive movesets focused on dealing as much damage as quickly as possible. 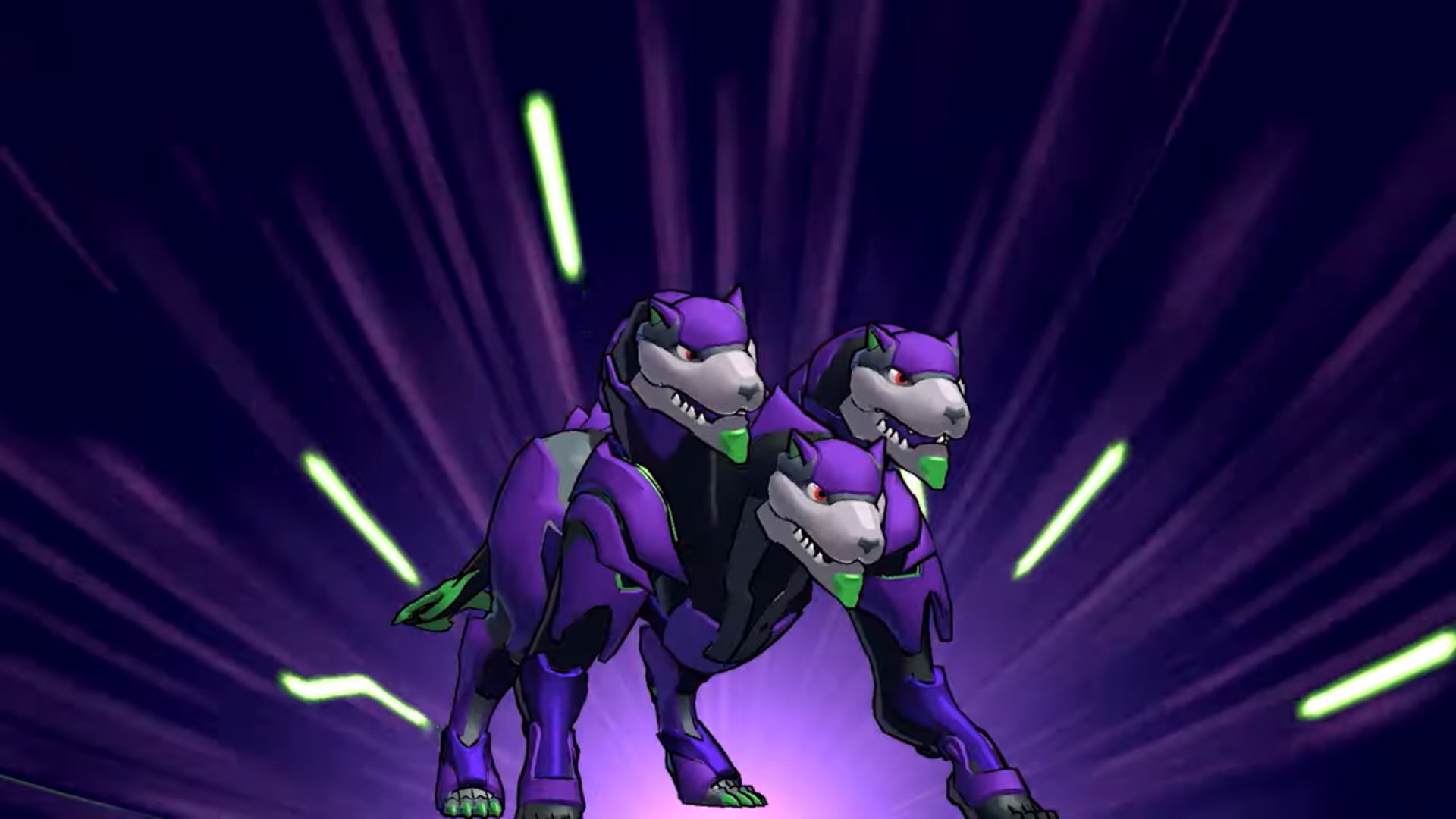 After spending time with Bakugan: Champions of Vestroia, I can see where WayForward tried. It attempted to create a world for players to inhabit, one alive with both Bakugan brawls and more common activities. It tries to offer customization options, both for our avatar and the characters in the party. It even attempts a competitive scene with online matches. I’d imagine fans of the anime adaptation or toys in general might be really pleased with this direction, especially if they’re on the younger side. Like Pokemon, but Bakugan could be a thing fans would eat up. But it isn’t for people who are older or aren’t involved in the scene.

Bakugan: Champions of Vestroia is available for the Nintendo Switch. Review copy provided by Warner Bros.

Bakugan: Champions of Vestroia is an all-new action role-playing game with an original story that expands on the hit TV series and brings the Bakugan universe to the Nintendo Switch for the very first time. The adventure takes players on the ultimate Bakugan journey as they befriend powerful creatures known as Bakugan, gear up and customize Bakugan teams for fiercely strategic battles, and master their skills to become the Champion of Vestroia. Players can also play online in head-to-head multiplayer.
5