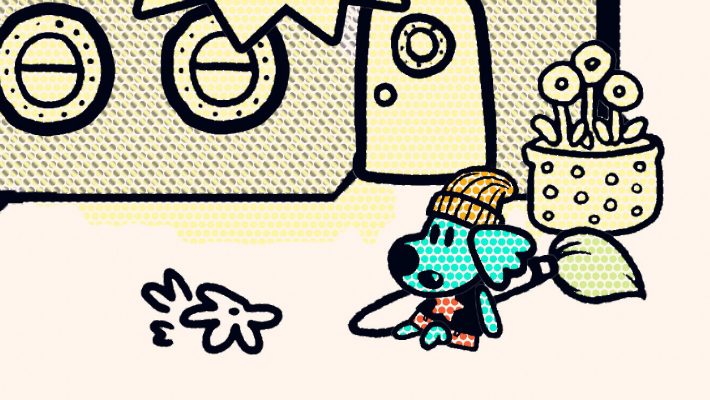 Indie games generally hang their hats on one great idea. Is it a compelling, original narrative? Or an aesthetic that you haven’t seen anywhere else? How about a unique game mechanic around which the rest of the game builds? Any of these can work. Just one of these can lift a small-team title above the indie pack.

Chicory: A Colorful Tale has all three.

In Chicory, you play as a painter pup. A drawdog, if you will. Thrust into the revered position as The Wielder of The Brush under less-than-ideal circumstances, you have to… save the world, basically! We won’t get into the specifics of the narrative. Because it’s a spoiler, sure, but also because it’s good, and summaries wouldn’t do it justice. The text is sparing and doesn’t get in the way of the game flow, but it’s memorable when it appears. It’s biting when it needs to be. It’s deep when it wants to be. And all the other times, it’s just plain funny in a way games rarely manage. 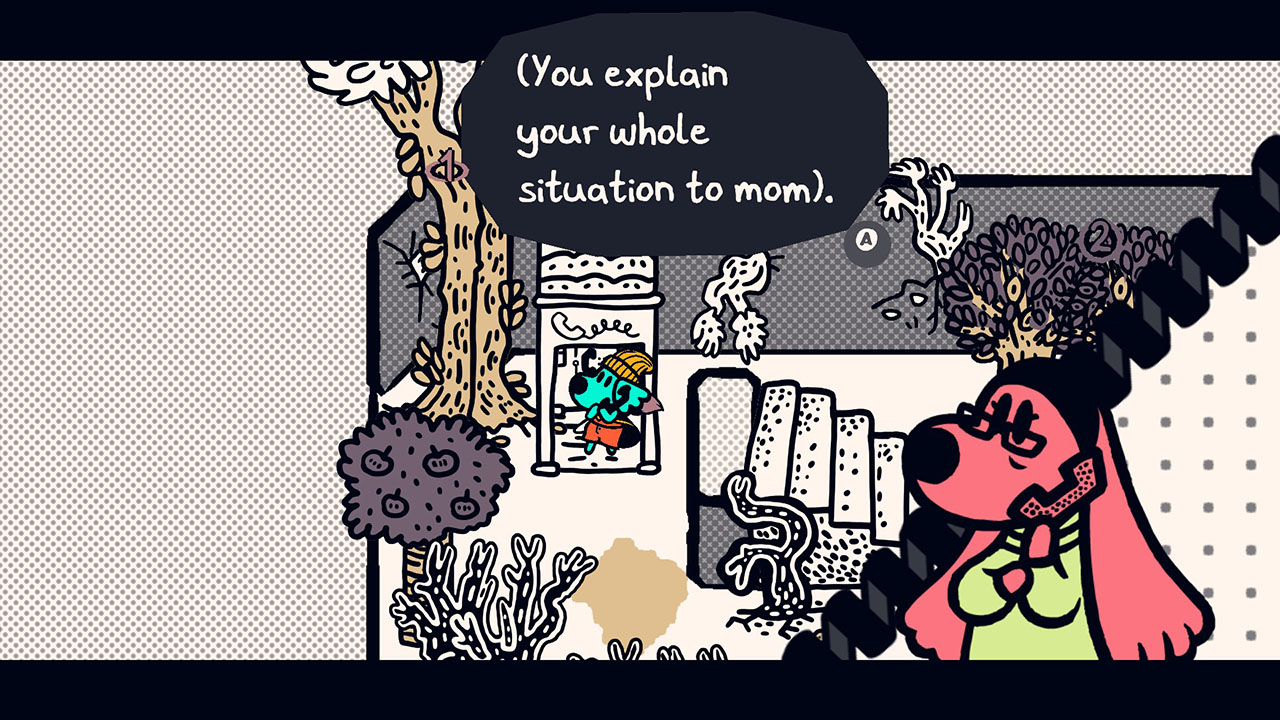 Chicory: A Colorful Tale deals with some truly weighty subjects. It’s a game about mental health. About believing in yourself. About moving on. It handles these things carefully. You can enable and disable content warnings, so you know what you’re getting yourself into. If you need this to just be your relaxing paint game, it can be that. But if you’re up for it, it can be more.

Still, though, it’s definitely also your relaxing paint game. You move around the world from screen to screen, utilizing an increasingly-powerful paintbrush to solve puzzles. Sometimes you’ll paint dot formations to unlock areas. At other times, you’ll paint objects to flip them like a switch and activate whatever they do. You can even duck into your paint, squid kid-style, to get around the world in new ways. Chicory explores these ideas, generally one at a time to start, and builds on all the things you could think to do with a paint mechanic.

As for the color, though? That’s largely optional. You’ll be able to cycle through different palettes in different areas, and painting environments and characters can be a fun experience. But you’re not judged on it. If all the objects and areas are intimidating to you, you can largely stick to the critical path. Or hunt for the collectibles! And only engage with coloring the world when you’re asked to do it. 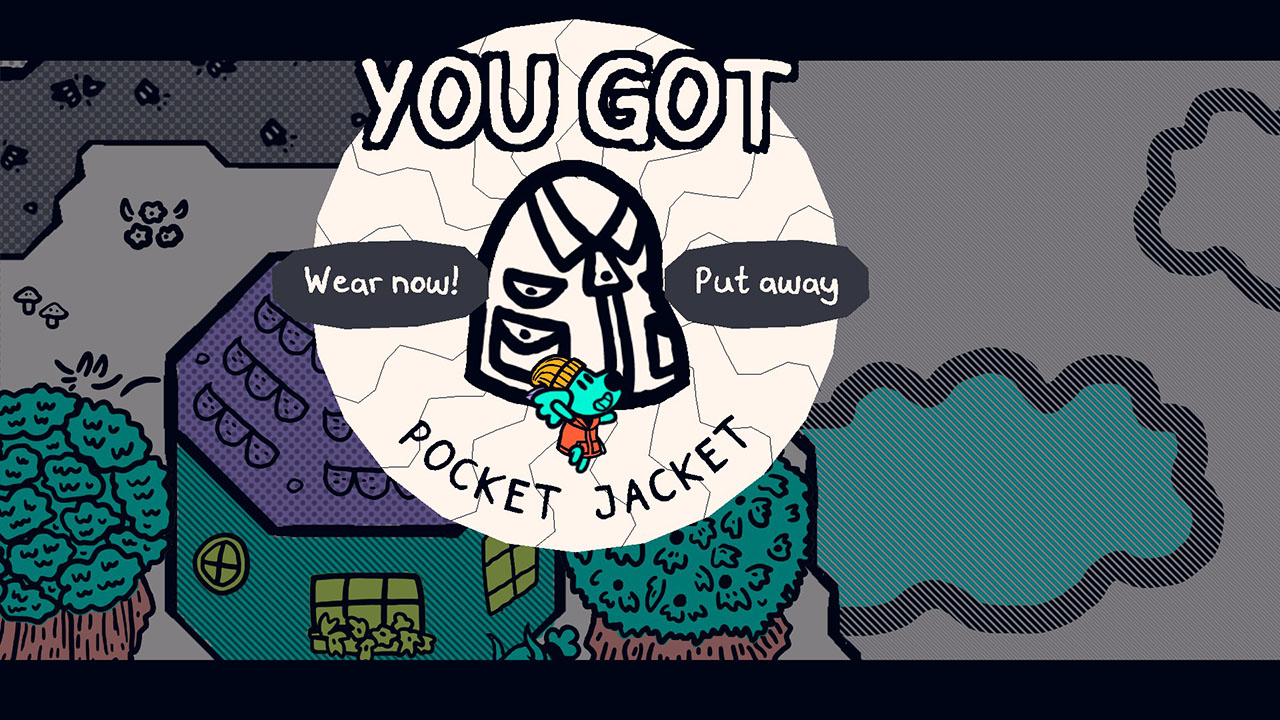 If you want that painting, though, there’s a lot for you and Chicory: A Colorful Tale is ready to help you along the way. All paint is persistent: you decorate a villager, and they’ll look like that everywhere until you change it. Paint your parents and they’ll show up in those hues when you call them at phone boxes for hints. And if you like, you can use a zoom function and get all the details right in your environmental creations. In the world, you’ll unlock special brushes and find new colors to incorporate. You can also use some cool filters and pose options to take screenshots of your work. It’s a compelling aesthetic journey.

For both sides of that equation, you’ll get focused opportunities to paint a canvas to populate the world. This cuts to a dedicated paint screen, and you have a bit more color and brush shape control.

Even if you don’t build out the color yourself, the world of Chicory is thoroughly endearing. It’s adorable in all the right ways. Characters fill the world with, well, character, even in a few frames of black and white animation. Environments move with calculated purpose and undeniable personality. A subdued soundtrack from Lena Raine sets the mood well. 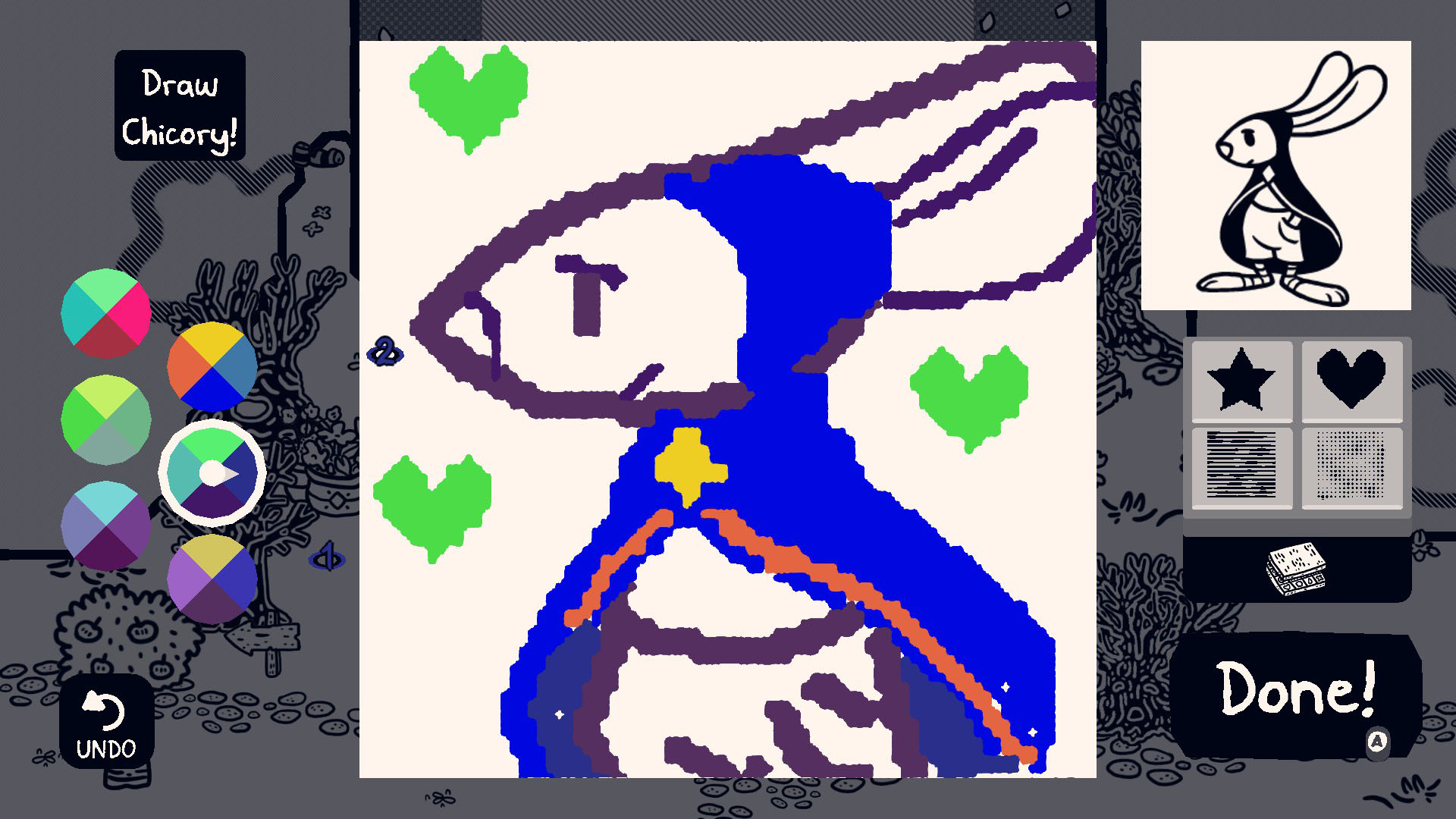 You can play the game by yourself, but there’s also a full drop-in, drop-out co-op function. There’s still only one Wielder, but both players have paint cursors. Generally, the second player focuses on paint tasks, while the first navigates and pitches in with the paint when needed. Of course, you can also just wander around and paint environments together. It’s a very chill co-op experience, and that’ll work for a lot of players. Chicory doesn’t include any online infrastructure, but it’s built with PSN’s Share Play and Steam’s Remote Play Together in mind, and both of these work very well.

Chicory is a game for a particular subset of moods. It can be an engaging mood lifter. Or an effective break from life’s stresses. Or even a therapeutic way of dealing with personal troubles. But everyone has these moods sometimes, and coincidentally, everyone should also play Chicory. 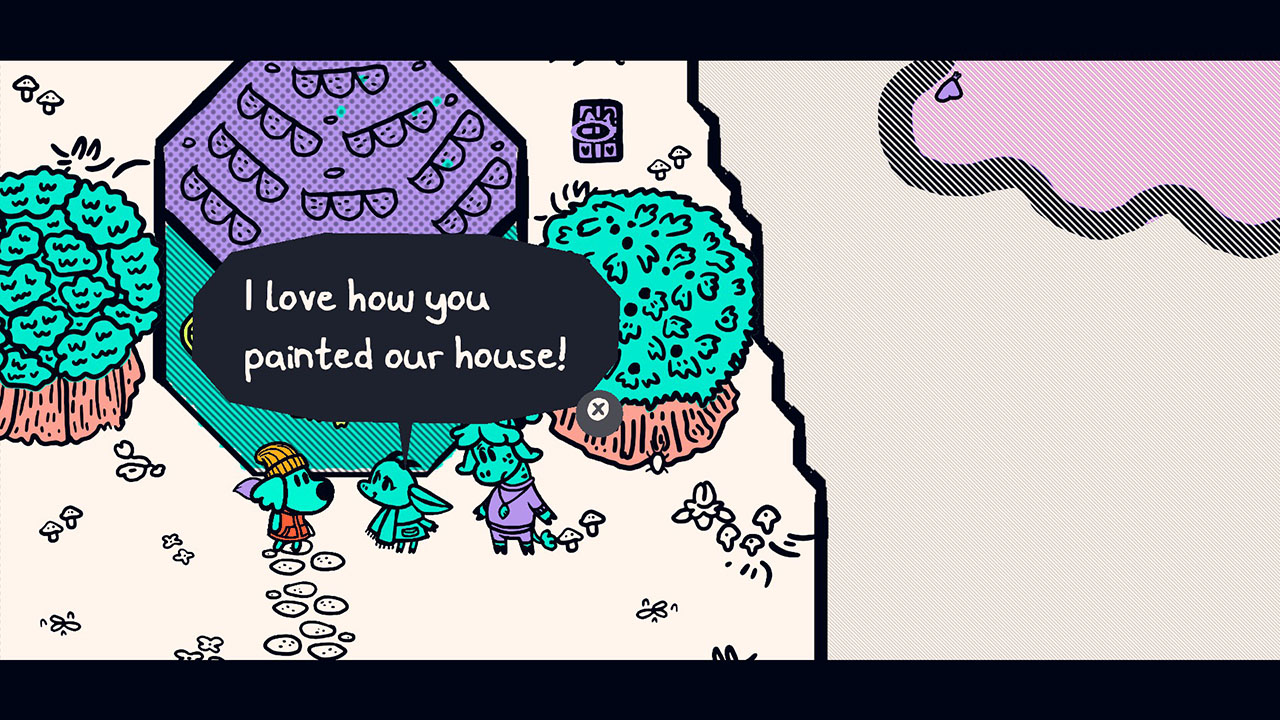 Chicory: A Colorful Tale was developed by a small team, led by Wandersong creator Greg Lobanov. It’s published by Finji. The game is available now on PlayStation 5, PlayStation 4, PC and Mac.

You're a dog wielding a magic paintbrush! Use the power of art to explore, solve puzzles, help your animal friends and restore color to the world in this top-down adventure game. PC version reviewed.
9

Indie games generally hang their hats on one great idea. A compelling, original narrative? An aesthetic that you haven’t seen anywhere else? A unique game mechanic around which the rest of the game builds? Chicory: A Colorful Tale has all three.