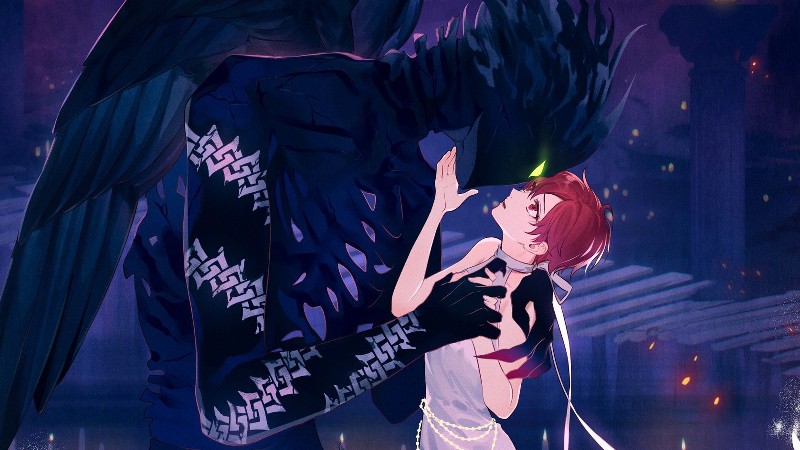 What if you got not only second chances, but perhaps even third and fourth ones? How would that shape your life? For abused noblewoman Anastasia, it means a chance to get revenge, bring a corrupt witch to justice, and maybe even find love along the way in Even if Tempest. It’s an engrossing thing, especially as you wonder if your decisions will manage to keep her alive. I just wish I hadn’t encountered so many technical issues while going through it.

Anatasia Lynzel’s life torpedoed after her mother died. He married Evelina, the king’s sister who also is considered an incarnation of a goddess on earth and has her own deceptively cruel daughter. Upon meeting Anastasia, Evelina refers to her as a witch. That’s a being capable of despicable things. Anastasia spends the next eight years locked in a room in an attic, until her childhood playmate Prince Neuschburn brings her to the capital to marry his elder brother, the crown prince Conrad. Given her years of solitude, she needs to “prove” herself worthy of being queen. However, as she does so, she finds herself on trial as a witch and burned at the stake. It is then that she is given the ability to resurrect and use that to get revenge, find the evil witch in the kingdom, and return to the world.

As you may imagine, this means Even if Tempest can be a fairly graphic game! Anastasia has a rough life, which means she comes back with a real sense of purpose. She knows what her goals are and is going to accomplish them. It also means this isn’t a straightforward visual novel. Yes, you’re picking choices and doing lots of reading. But a part of that means investigating alongside love interests for one part of a route, then heading into a witch trial for the second half. It means you aren’t just worrying about the right thing to say to make someone like you. You also need to know what to do to keep Anastasia alive, find the evidence you need, and deal with the trials in ways that expose truths.

This means Even if Tempest doesn’t feel like other otome visual novels. At times, it can be more like an visual novel with adventure game tendencies instead. You’re searching for revelations before critical moments. Once you’re in a trial, you need to consider the correct approach during interrogations. Especially since responses here must be submitted within a matter of seconds. You never know when deciding to advocate, rebut, remark seek help, sympathize, or even stay quiet could be the right choice. Trials can go very wrong, very fast, if you don’t present the right evidence or mess up. Which means saving often and in multiple slots is a huge help.

The thing about Even if Tempest is, you can’t get every love interest or final chapters right away. Only certain routes are available when you start. (Crius and Tyril are your first choices.) Multiple playthroughs are required to woo everyone. The last character you’ll pursue is the one designed to offer answers. That means watching Anastasia and other cast members go through all sorts of terrible events. Is it interesting? It depends on how you feel about the characters and more mature storylines. Can it be motivating? I mean, I wanted justice and a happy ending for my favorite characters by the end of it. But I also feel like it would have been more balanced if revelations had been spread out across the story, instead of rushing at certain points. At least there is a flowchart present in-game. which does make it easier to find your way through it all.

Especially since everything looks so good. Even if Tempest is packed with great character designs and environments. I especially love the nuance that means certain characters can look quite different from another perspective or when plot-related events happen. It’s also great to see a heroine who ends up becoming a strong-willed individual and has a design that lets you see in an instance that she means business.

While Even if Tempest looks great, I encountered a number of technical issues. The most minor of which is the game not recognizing if you changed the protagonist’s name. Even though I changed it to my own, other characters would frequently refer to her by the default name Anastasia. It also seems like the name of the goddess might not have been localized properly? It is Norna, but that doesn’t sound like what the voice actors are saying. More unpleasant is how it would randomly crash while I played it. I managed to get through the entire introduction unscathed. However, once Anastasia took her destiny into her own hands, it would randomly encounter an error and send me to the Switch Home menu.

Even if Tempest is one of those Switch otome games that dares to be different, in terms of its gameplay, story, and tone. I appreciate what it does, even if that does mean I needed to spend a lot of time with it to unlock routes and endings. It’s just a shame that I encountered so many crashes. I spend more time saving to ensure I wouldn’t lose progress than I did making sure trials went as planned. Still, it is fascinating and a good addition to the system’s library.

Even if Tempest is immediately available for the Nintendo Switch.

In a world where witch trials and witch hunts are commonplace, a tragedy occurs. Bolstered by the power to rewind time via death, the heroine Anastasia throws herself to the flames to save those she loves... and to achieve sweet revenge.
7

Even if Tempest is one of those Switch otome games that dares to be different, in terms of its gameplay, story, and tone. I appreciate what it attempts to do.