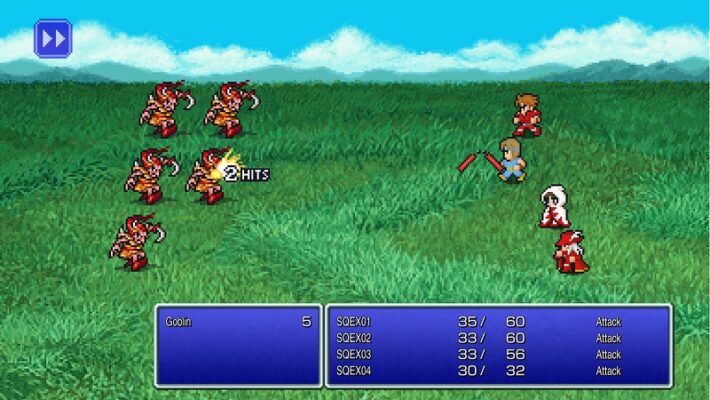 I was initially wary of the Final Fantasy Pixel Remaster. Leading up to the game’s release, I wasn’t too impressed with the characters’ art style. Like most folks, I also wasn’t keen on the fonts used in the game too. Those two items had me worried that this remaster was going to be a slapdash affair. Then I played it, and my concerns melted away before its beautiful soundtrack and pixel artwork.

This game is just straight up gorgeous–well, minus some frequent screen tearing. So much work went into preserving the original look the monsters and locations, while enhancing them with further details. The creature art feels exactly as I remember, but with more definition that builds upon the older designs. They give the monsters more personality, but feel like a natural extension of what’s already there.

The Final Fantasy Pixel Remaster took the empty, black backgrounds I used to fight these creatures in and turned them into stunning fields of green, stagnating swamps, and boiling caverns. The backgrounds floored me when I first got in a fight outside Corneria. The blades of grass, the way the light hit the field, and the colors drawing to mind a windswept day–I actually stopped beating up Goblins for a moment to appreciate it. 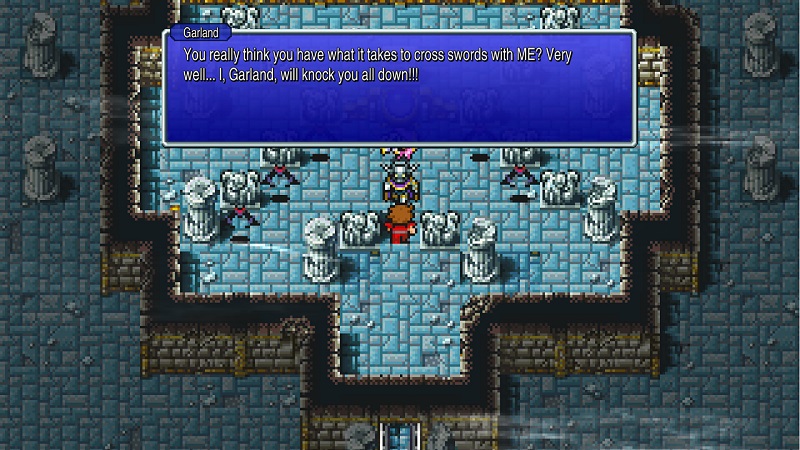 If you played the original, you’re used to fighting monsters in a void, but these battle backgrounds made the world feel vibrant and alive. The original game could make combat feel like an event taking place in a separate world, but here, the detail is so fine you can almost smell the earth and trees. These backgrounds are such a treat, with the artists pouring a ton of care into breathing new, detailed life into the world itself.

Things improved vastly in combat as well. Your characters no longer attack empty air if the monster dies before their turn to attack. (I know past versions have remedied this, but this made me so angry in the original game that I’ll never forgive it.) The Final Fantasy Pixel Remaster includes its own refinements in combat by adding in an auto-battle mode and speeding up fights while you use it. Being able to fight faster, without having to pay much attention to them, feels like exactly what the game needed. It will even remember what specific attacks you used last, so if you used an item that lets you freely use Thundara, you’ll repeat it.

Final Fantasy Pixel Remaster is not a short game. It’s not a game you can play without grinding often. This can turn things into a slog at points. (I feel like I basically lived outside ElfLand for most of my teenage years.) But that speedy auto-battle makes grinding feel breezy. Any time I needed money, I could earn it in a hurry, which kept the game from feeling bogged down. It felt like I was quickly moving on to new events. It injected this excitement into playing that tended to wear down each time I got stuck grinding in the original. This tool completely changes the feel of the game for the better and makes this the definitive version of the game for me.

Being able to quickly whip through fights made dungeons easier to get through in the Final Fantasy Pixel Remaster as well. The dungeons in this game were all long and arduous, really taxing the party to their limits if they weren’t prepared. They’re all pretty maze-like, tasking you with making maps if you don’t want to get lost all the time. Though now the game offers maps, which is another massive plus. Auto-battle makes exploring feel quicker, as you don’t get turned around as much because you forgot where you were going. You’re in and out of combat quickly, so it’s far easier to keep your bearings. And again, it maps stuff for you. 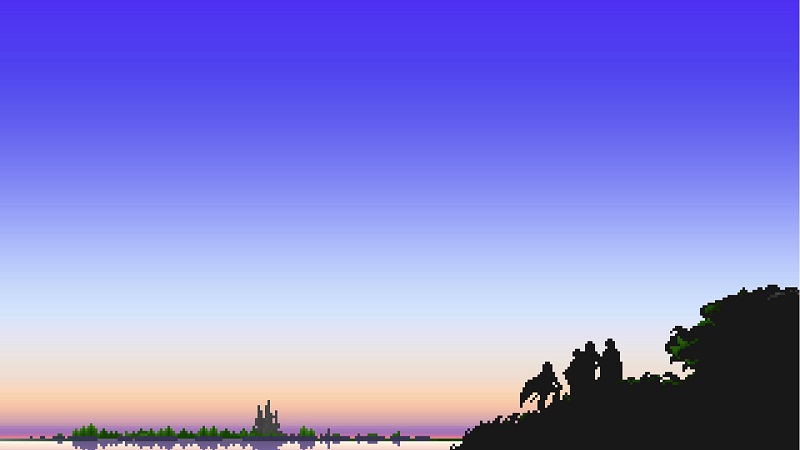 The music is still the most vital part of any game in this series, though. These tunes have stayed with me for a lifetime, bringing memories flooding back when I hear them. The enhanced music was treated with the same respect as the monsters, with its composers building upon the tracks and enriching them. It adds so much detail, but doesn’t mess with the beloved melodies. I found myself seeing if I could get the soundtrack afterwards.

What I’m truly impressed with is how every detail of the Final Fantasy Pixel Remaster recreates the original, but preserves the feeling and intentions. It feels very respectful, but builds on it in ways that feel natural and exciting. It was clearly made with a lot of care. Except for the fonts, really. And the characters, again, aren’t great, but they’re my only problems with it.

I like the original Final Fantasy, but I honestly haven’t touched it since the PlayStation release. I have tried to pick it up here and there, but find myself getting bored of the grind and the pace. The auto-battle injects so much energy into it that I couldn’t put the game down. Combined with the visuals and music, I just wanted to spend every minute playing Final Fantasy Pixel Remaster. It’s an excitement I haven’t felt for the original Final Fantasy in decades, and I hope the other entries capture the same feeling.

Final Fantasy Pixel Remaster is available now on PCs as well as Android and iOS devices.