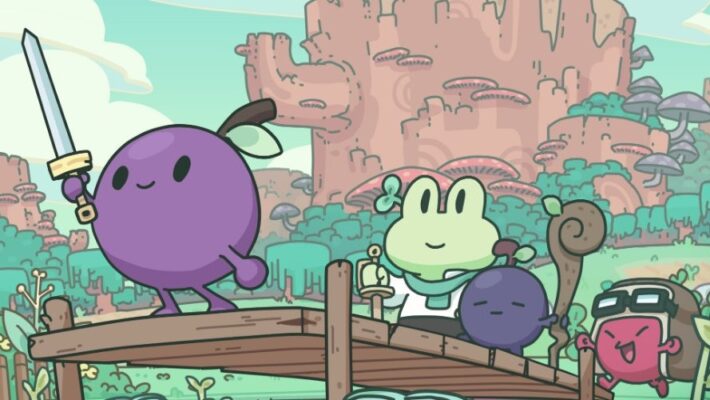 There are so many chosen ones in the world. People, animals, and now in Garden Story there’s even a grape. Each one involves doing your best to make your world a better place. And here, things feel a little more local and humble. You’re doing what you can for a community, even if that means running the same sorts of errands repeatedly.

As you might expect from the name, Garden Story is set on an island where fruits, vegetables, and fungi are people. (Also, there are some frogs roaming about too.) While the people are peaceful, nature is not. Rot is plaguing and infecting the land, with Guardians stepping up on behalf of The Grove and its people. Concord is a a grape and the youngest member of the community. Though they’ve been living in the Kindergarden, tending a vine where new folks grow, it’s not produced any additional children. Due to the danger and pressing nature of things, Concord is forced to grow up fast, joining the Spring Hamlet community and being named its latest Guardian by one of the current Guardians, Plum. 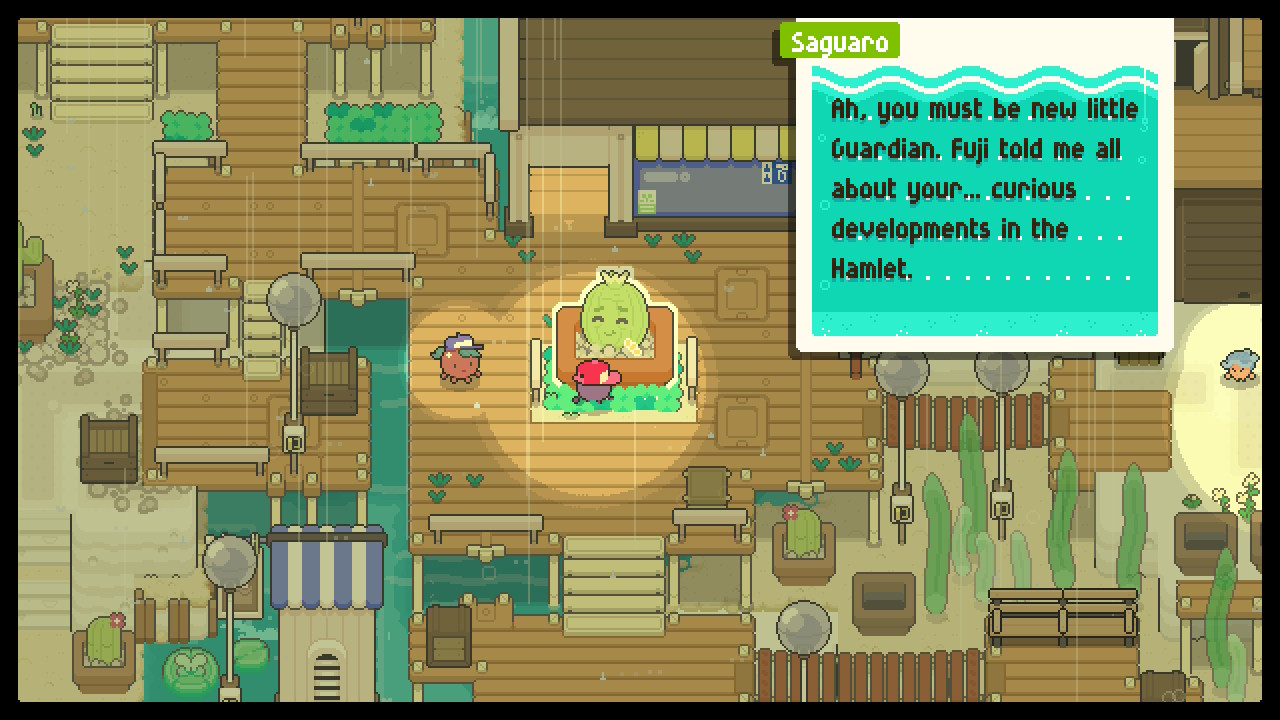 What follows feels like a marriage of The Legend of Zelda and the community-building of games like Rune Factory and Stardew Valley. Each day, Concord wakes up to a number of tasks. The boards outside your home and around towns list current requests from the community, which can involve things like fighting rot, gathering materials, and solving brief puzzles. There are also overarching story quests, which might involve things like helping a library reopen, which will unlock dungeons and access to the game’s other three towns. People you’ll happen upon in the world will also ask for Favors, which mean doing even more quests. Concord has quite a to-do list, which can tend to repeat itself. However, completing goals unlocks new areas, new items, and often more to do.

And like The Legend of Zelda and other action-RPGs, what Concord can accomplish and their strength builds based on doing more. There are different sorts of systems at play to accomplish that. One is the Memories system. As you meet certain people, accomplish certain acts, and visit certain places connected to other characters, Concord will take away something from that special moment. When you return home, you’ll be able to set them to influence their stats and stamina. (Think of it as the equivalent of equipment in other games, though earned with experience instead of via buying or leveling up.) They also can smash orbs for more permanent upgrades. Tools can be purchased at a Trader, with additional funds and materials provided to upgrade them as well. Though some are also acquired as parts of quest lines, like the Dowsing Rod that can fish up items or remove enemy armor. And completing dungeons and tasks can mean access to new areas or building up the towns so there’s more to do and enjoy. 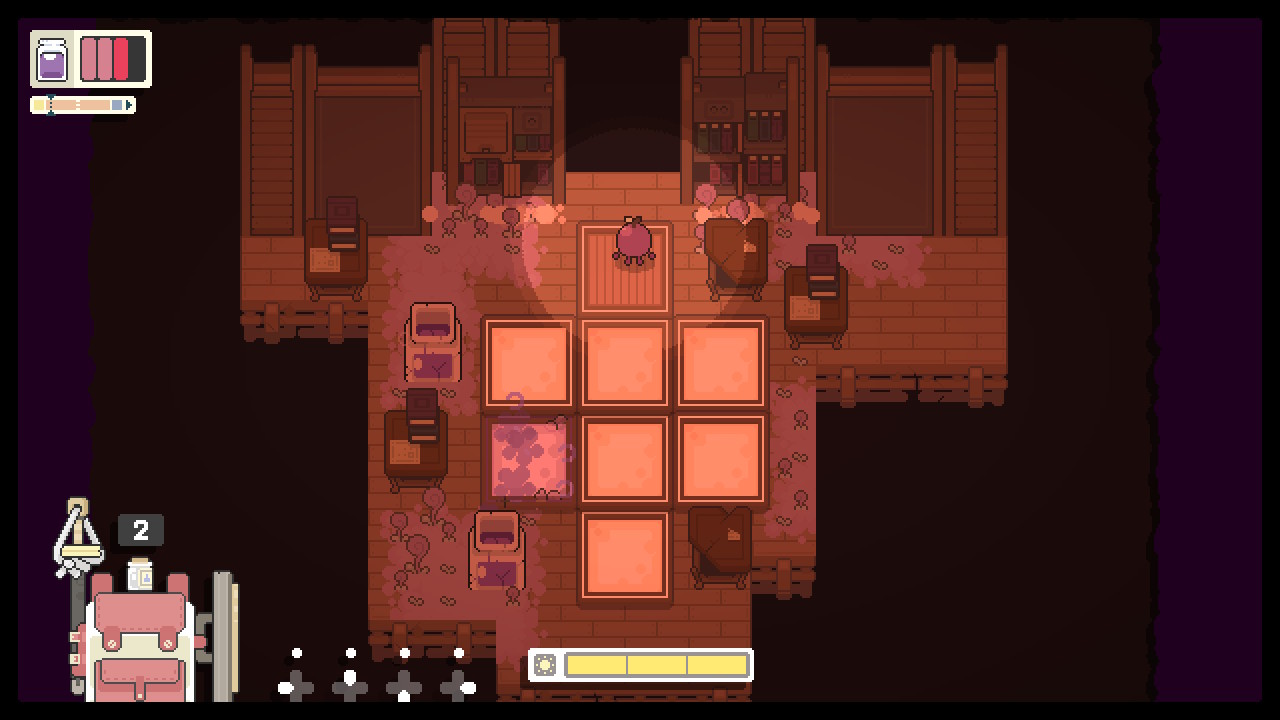 Though there are some times when it feels like Garden Story has expectations that might feel difficult or tedious to meet. You get three requests per day, and you might not always have the items needed to complete them unless you’re saving and stocking up. This is especially true for some favors for people you’ll meet. You’re encouraged to gather crops and materials, but items don’t stack in Concord’s small pack. You also have a limits on how many items of certain types can be stacked at once in storage, so hoarding away isn’t always viable. It feels a little counter-intuitive to know part of your daily excursions will involve finding things, but you might not have enough room for any of it.

But I feel like this is, in part, because Garden Story is designed to be a more relaxed take on the action-RPG genre. There have been an increasing number of “cozy” games appearing, and this fits in neatly among them. It isn’t terribly demanding. Skipping a task for the day isn’t the end of the world. Time passes at a reasonable pace. And if you do feel like you need more time before darkness falls and rot enemies become more prevalent, you can tick a box in the options to increase the length of a day. There are little accessories you can accumulate to dress up Concord. It also goes out of its way to be personable and pleasant. 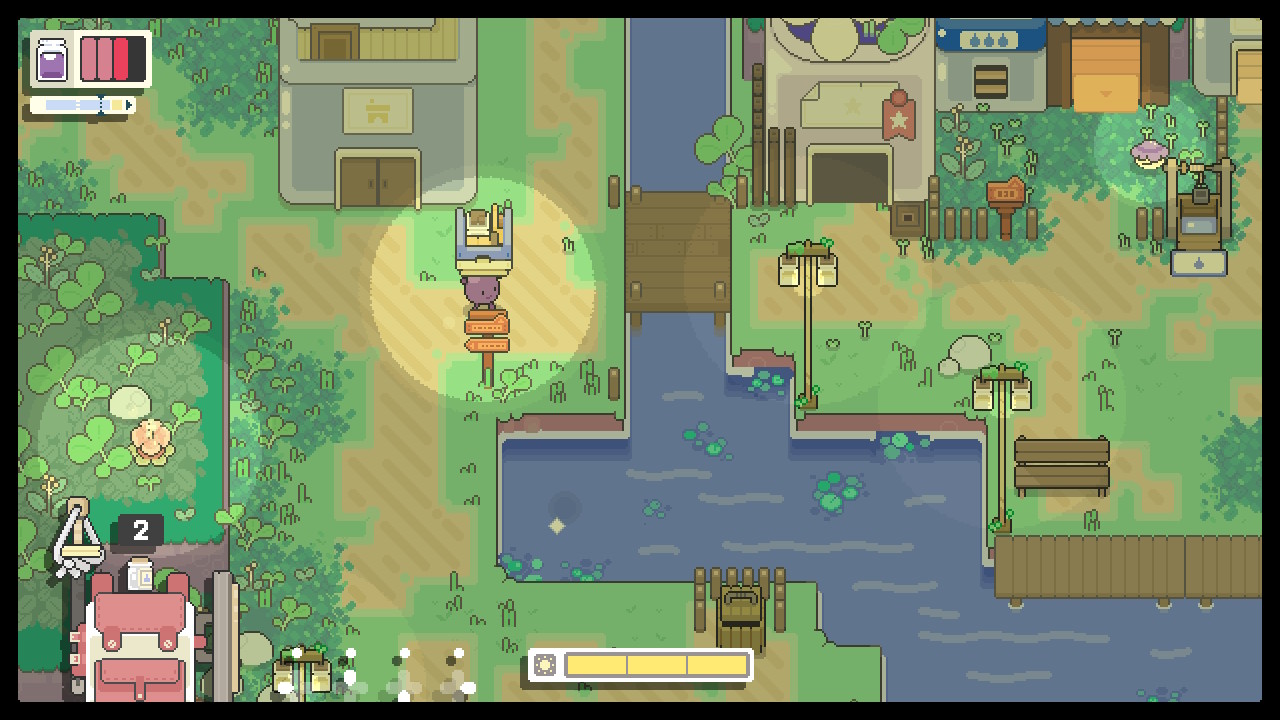 That charm extends to the entire presentation. Garden Story has a muted, natural palette, with soothing tones and jovial characters. It’s exceedingly friendly. Even some of the opponents you’ll encounter lean more toward “cutely corrupted” than “terrifyingly evil.” Yes, people would very much like your help, but it never feels urgent or demanding. And its generally soothing and upbeat nature helps with that. Though sometimes, this can mean it may feel a bit rambling or aimless, with possible uncertainty about where you can go. Though the map is quaint enough that it isn’t difficult to find a way around eventually.

Garden Story feels like the game you get when you’re aiming for a relaxing action-RPG. People need your help, and they’d like to assist you too if they can. There’s a colorful, arboreal world that needs restoring. It will take time to recover and set things right. But as long as you go at your own pace and make time for people, you can help people in this game. 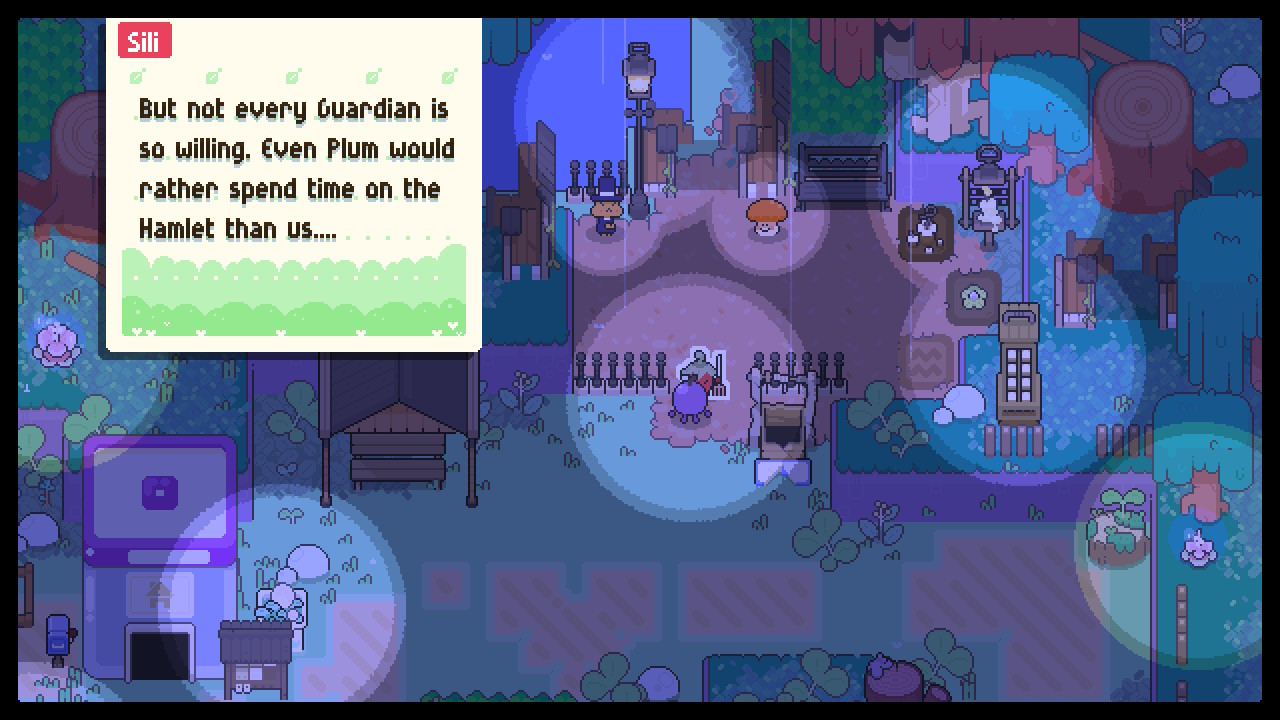 Garden Story is available for the Nintendo Switch and PC.

Unify a broken community as the newly-appointed Guardian of The Grove. Traverse a vibrant island to combat invasive Rot, inspire its inhabitants, and rebuild your home. You won't have to do this alone: fruity friends await, ready to lend a hand! Switch version reviewed.
8