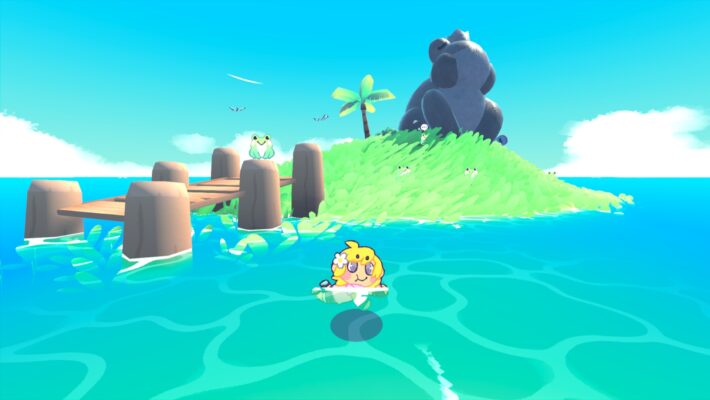 Here Comes Niko is the exact kind of game that speaks to people who feel intimidated by 60-hour adventures, multi-phase boss levels and narratives that spawn multiple games. Or for people who simply want to relax. Here Comes Niko is the “cozy 3D platformer” from Frog Vibes made with sleepy people in mind. This all sounds good on paper! A lot of games release every month, and designing a game specifically for players to relax is appealing amongst the constant stimuli of gaming.

You play as Niko. They’ve recently left home due to a problem that seemed to involve misguided care and very little acceptance. Between worlds, Niko gets voicemails from their parents that show a home that may be loving on the surface but lacking in understanding. It starts the process of worldbuilding that initially caught my interest. Now, they need to start anew with a brand new job as a professional friend. How sweet is that? Frankly, those few sentences cover the main chunk of the narrative. It’s simplistic and follows a lot of the plot points you’d expect. I won’t spoil the ending, but it very neatly wraps up the story. 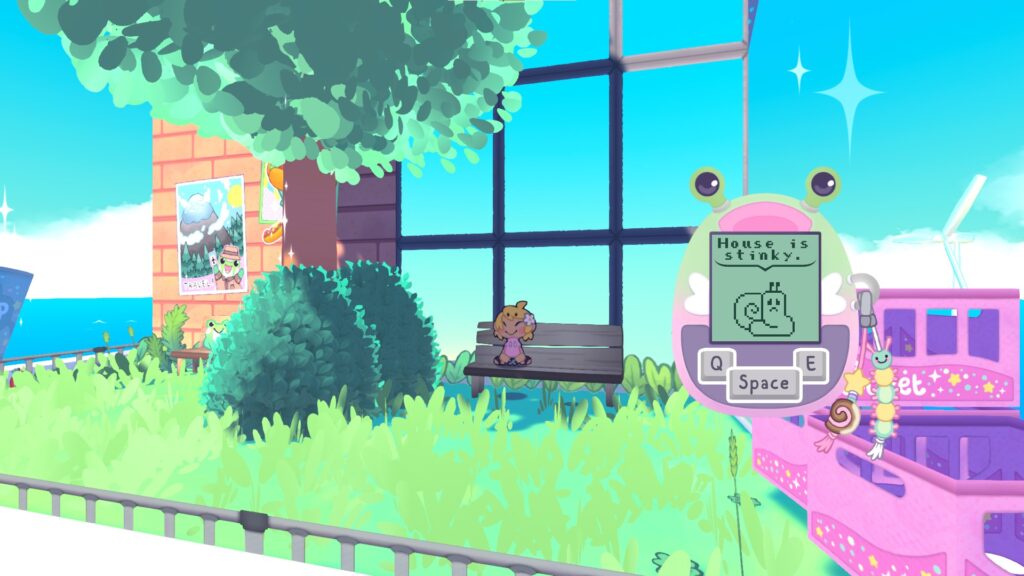 The marketing of this game was very specific, but it works. I’m constantly tired and looking for something to do after work that lets me relax without being too mindless. Here Comes Niko did that for me. When I l opened the game and played my first 90 minutes, my reaction was mostly positive. There were a few points that bothered me but at the time they felt inconsequential in the grand scheme of it all.

This is a 3D platformer with 2D character models. The goal is to traverse the levels, gather coins for the train, help some people and move on. Each level has minigames that help you get the coins you need, and the worlds are full of people to talk to. As for the minigames, a few repeat in each world, which helps keep the game understandable. Even the newly introduced games are easy to follow. Here Comes Niko has a full world, literally. Every level is so packed with characters and distinct areas and people to talk to and games to play. 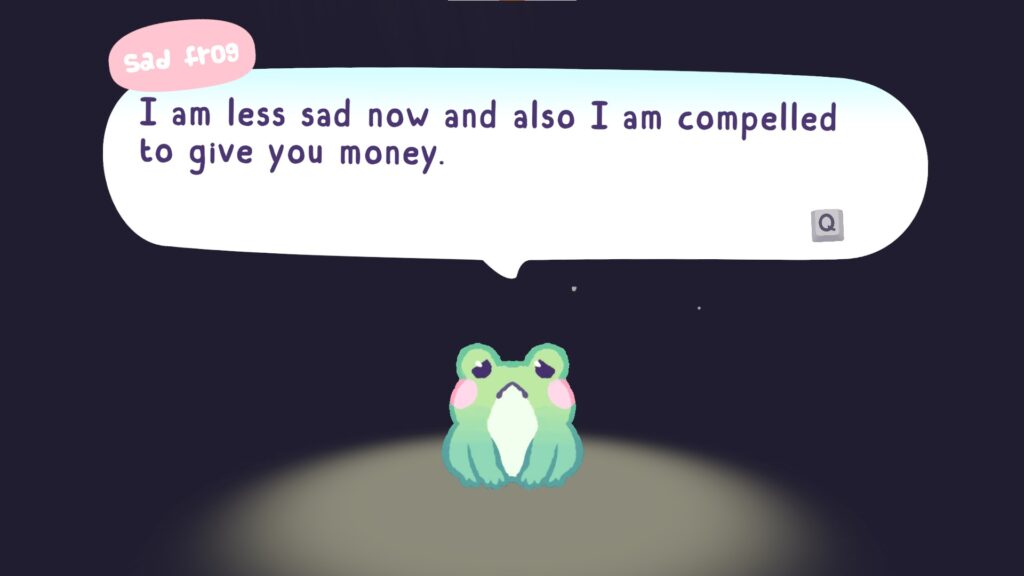 Unfortunately, gameplay in Here Comes Niko, while fun, is not the most functional. The unique art style makes for confusing depth perception and a jump that feels floaty and disconnected. And this is a platformer, through and through! At the very least, I want the main mechanic to feel solid and not like guesswork. I do not enjoy when the challenge in a game comes from figuring out how to cheese the weird mechanics and not from level design itself. At least the game gives you a Tamagotchi look-alike to take care of when you need a short break from it all.

The strongest point of the game is its visual style. All of the animal characters that inhibit the world are cute with a slight edge to them. After a few levels, the models started to merge together, but that doesn’t take away from its individuality. 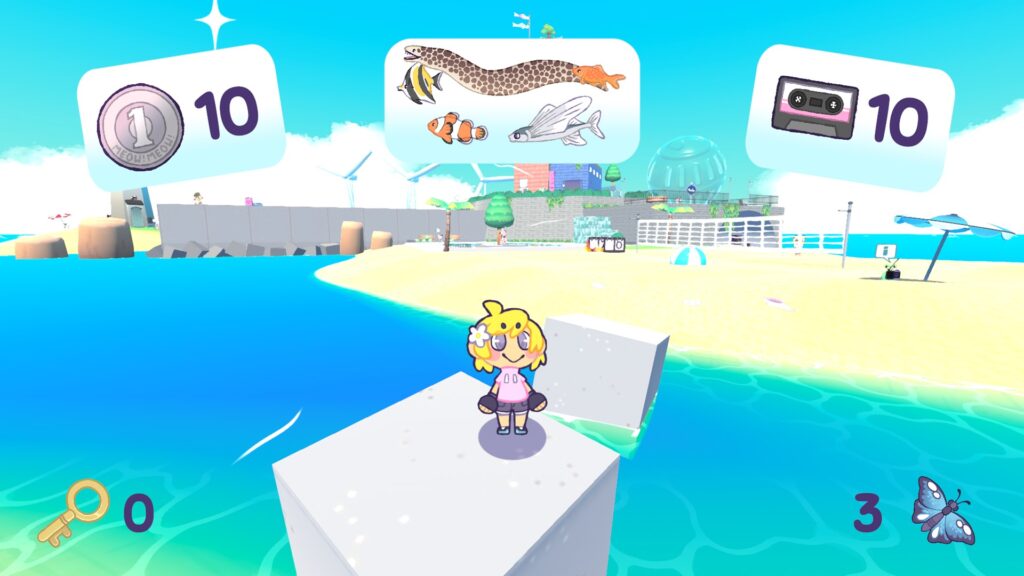 That said, Here Comes Niko falls into an issue a lot of “wholesome” games have. It’s cute, the art style and dosing effects feel like a nostalgic throwback and the message is simple but clear. It’s all very easy to consume and feel comfortable with, but I couldn’t shake a feeling of emptiness while playing it. Characters recite simple one-liner jokes with thin meme references, and the world’s background is oddly simplistic without meaning.

Time is this game’s worst enemy. It truly does not fare well for long play periods. Maybe that’s the point, though. Maybe it really is just meant to be the game you pick up for a quick hour of fun before going to bed or getting back to the real world. That may bother some. For me, that realization shifted my perspective and shifted how I truly feel about games such as this. It’s marketed as an easy game for tired people, and it works as that. It doesn’t have complex mechanics or deep world-building. Here Comes Niko provides you with just enough to enjoy the time you have with it and move on. 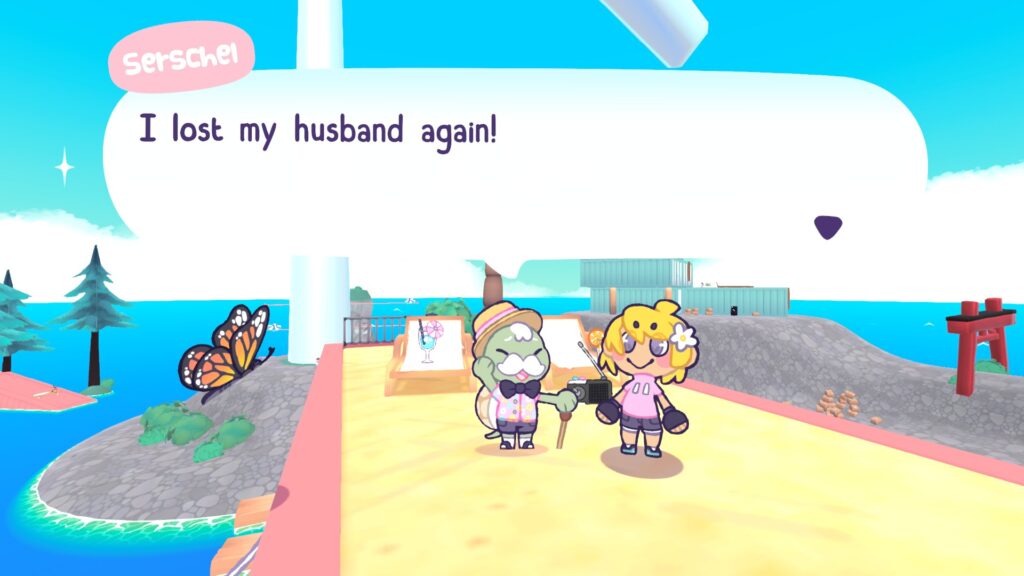 Here Comes Niko takes on a journey across worlds, where you'll solve problems, catch bugs, go fishing and assist those that need you the most. Niko is on their way to becoming a professional friend in this laid-back platformer.
7

Here Come Niko is a sweet game made with tired people in mind. Full of color and a unique style, it provides a short but enjoyable experience.