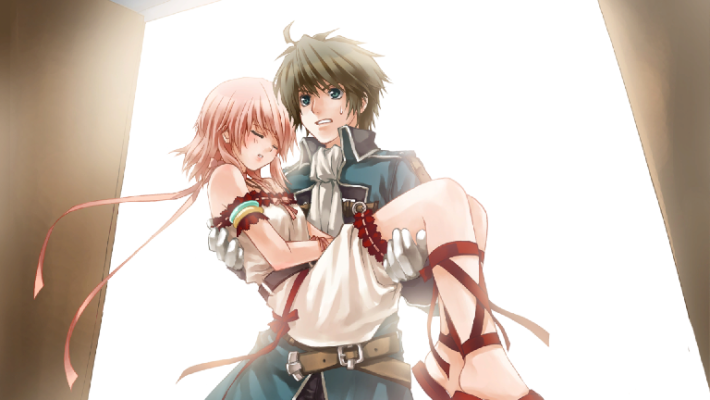 Between its art style, writing, and controls, Lair Land Story feels like a game retrieved from a time capsule to the late 2000s. That makes sense, as this is a remake of a game that was originally released back in 2007. It is quaint in a way that is reminiscent of watching old-school anime. Unfortunately like watching old anime or playing retro games, this PC port has the same sorts of issues that come with engaging with dated media. They range from audio issues (everyone sounds sort of muffled) to more fraught writing and narrative bumps. Things that would scarcely raise a brow back then simply don’t stand up to scrutiny today. 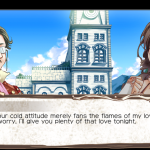 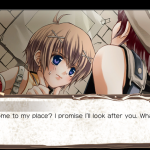 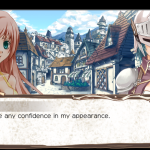 The setup of Lair Land Story is very simple. You play as Herod, a Baron who rescues a mysterious amnesiac girl named Chilia. She does not remember anything, so your task is to teach her how to be a functional and beneficial member of society. The narrative does not really explicitly say it, but you have a time limit of four in-game years. You can have Chilia take lessons, work, and help out with rebuilding the city (which was destroyed in a war). These will boost various parameters, such as her charisma or humanity. Every turn, you can do things like conduct research or go on outings, as well as set Chilia’s schedule for the week. In other words, it’s a “raising game” in the classical template. 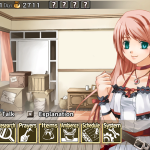 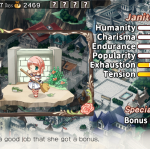 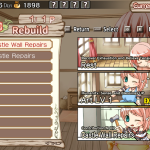 Each season, you have a goal that you must reach. These goals tend to focus on a particular stat, but it can also be how much of the city you repair. It is fairly simple to meet them so long as the game does not throw you any surprise story scenes. I pushed Chilia fairly hard and she never got sick or died. But when she got so tired that she couldn’t even travel to raise her tension, that was when I wasted a bit of time getting her back to normal.

‘Tension’ in this game refers to motivation or energy, and it is a wasei eigo that may confuse a first-time player, and should have been localized to something more natural to English-speakers. It took me a while to realize what the game meant. The higher the tension, the better it is. I had thought tension meant stress, and kept it low until Chilia kept skipping work. There are other minor hiccups in the localization, like typos and other inconsistencies. Formatting oddities also persist, like issues with text indentation, but these pale in comparison to the larger story.

Lair Land Story’s plot suffers from its lack of focus. There are about four ongoing narratives that it wants to weave:

It’s a lot! But because the game is, at its core, a raising sim and not a visual novel, the overarching dramas don’t receive much attention before reverting back to Chilia’s daily grind. In fact, the asides bout the conspiracy or Chilia’s missing memories almost come across like irritants. They ended up being distractions from me wanting to set Chilia’s schedule for the day. “Girl, stop talking to that suspicious dark mage!” I wanted to say, “You have to go work as a church deacon today!”

I also found that the story was difficult to become emotionally invested in. There is so much lore that it was overwhelming. It also felt like I was missing half the story with how suddenly they would, for lack of a nicer term, spout out nonsense. It made it difficult to care about Chilia’s mysterious past, especially when it is not the point of the game. She never talks about it, so it was easy to forget about, too. I wanted to know more about Duma, Grana, and Fay – the characters that you can encounter and interact with. The game gives you the chance to go on outings, where you can visit various places in town. Depending on what time you go, you may see one of these characters and talk to them. 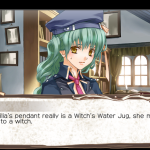 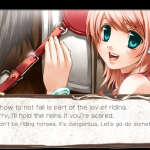 The unfortunate thing is that you can only go to three places per outing (two during winter). And, frustratingly, there is no telling if the character is there or not. I basically only ever had one new place to go to every outing. Every turn, I would waste one on the castle walls (for Grana) and one on the church (for Fay). More than half the time (about 90%), they wouldn’t even be there. According to a walkthrough, the game takes around ten hours to beat. But it takes over 400 hours if you’re a completionist. Those 400 hours are likely just on the Russian Roulette that is outings, because if you do not meet these characters on specific days in specific locations, you will miss the chance to progress in their story lines.

(The majority of the endings seem to focus on jobs, actually. For example, there is an ending where Chilia becomes a historian. This was also the ending I got in my first playthrough. I likely got it because I raised stats pertaining to Wisdom a lot. So boosting different parameters or maxing out different jobs will contribute to those 400 hours as well.)

While there is a simple and undeniable pleasure in the simple act of raising parameters and figuring out the best way to schedule Chilia’s time, Lair Land Story hasn’t aged gracefully. Its combination of raising sim and visual novel works in theory, but not in practice due to the overwhelming and frankly shoddy story, and lack of emotional beats to keep the player hooked. Individually there are two good tastes to be found in this game, but their combination ends up lesser than their sum.

Help Chilia become a young woman with a bright future and embark on a journey to find the woman of your own dreams – from your childhood sweetheart to the chief of guards, it’s on you to decide who your heart belongs to. Chilia’s fate and your own future now lie in your hands. A game that tries to combine a raising sim with a visual novel, with middling end results. This review is based on the Windows PC version.
4