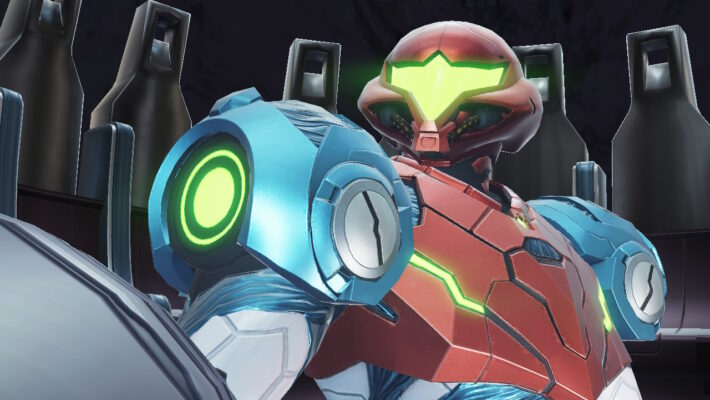 Metroid is a series that, when you get a truly great installment, transcends genre preferences. Normally not into Metroidvanias? It can be appealing. Not into sci-fi settings? It can make space fascinating. Unfamiliar with the story? Well, it’s a situation where it’s fairly easy to pick up what’s happening. 11 years after Metroid: Other M, Nintendo and MercurySteam crafted Metroid Dread, a game that rivals and often equals Metroid Fusion’s level of greatness.

The Metroid series exists in a universe where life-threatening, world-altering hazards are always “supposed” to be wiped out or extinct, but have a miraculous way of hanging around. (“Life finds a way,” as Ian Malcolm would say.) Bounty hunter Samus Aran tends to be responsible for attempting to ensure they stay dead. Metroid Dread begins with her about to take part in another one of these missions. The Galactic Federation sent Extraplanetary Multiform Mobile Identifiers robots to a planet known as ZDR to investigate reports of the X parasite being sighted. After being unable to reach them, Samus is sent to investigate. After an encounter with a malevolent warrior, she finds herself stripped of her trademark abilities and stripped down to basic armor. She must survive the E.M.M.I. and find out what is happening on ZDR. 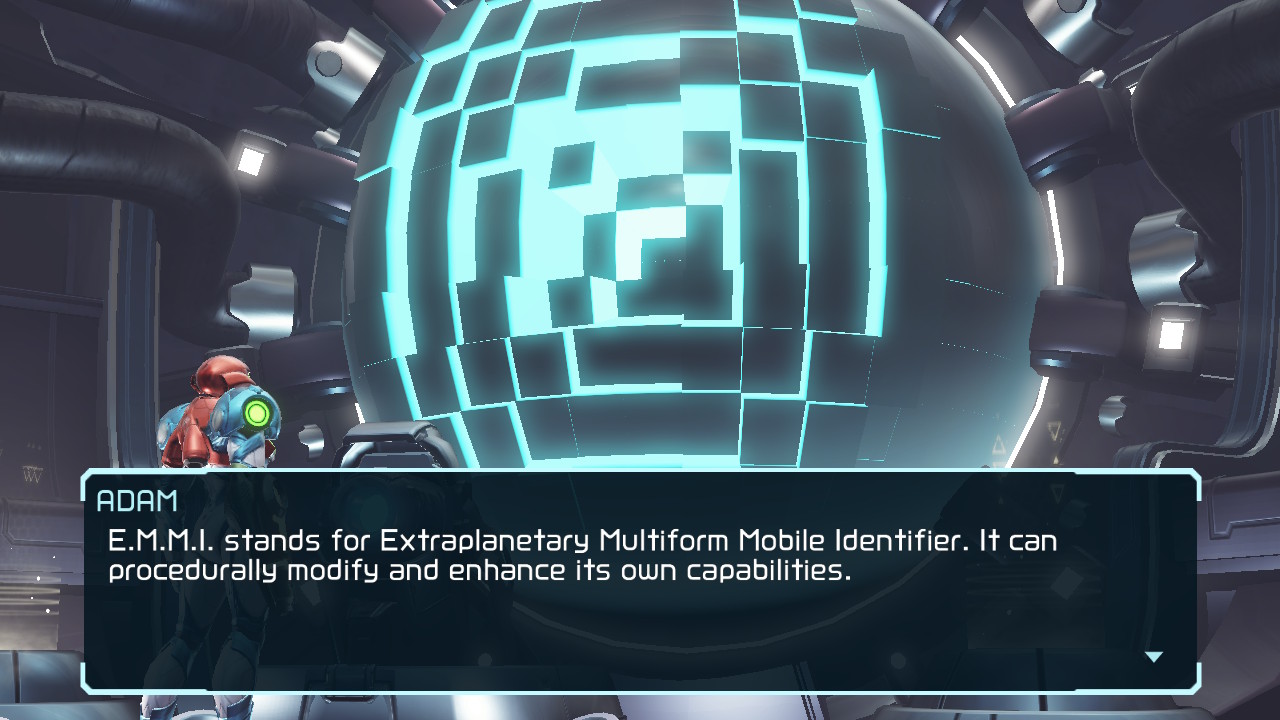 Metroid Dread returns to the 2D formula established in the original. Samus begins with the most basic abilities. She can fire her gun and shoot missiles. As you explore ZDR, a planet where pretty much every sentient being wants to kill her, you constantly come across places that are inaccessible. The entrance is too small. There’s an E.M.M.I. patrolling. You can’t destroy those blocks. It’s too hot. It’s too cold. You used to be able to go there, but because you redirected thermal energy or took some kind of action, access is blocked.

But as always, Samus gets better. Metroid Dread is constantly providing players with new abilities at a reasonable pace. Maybe it’s a reward for reaching a place. A Chozo Statue will hold an orb with, say, a Charge Beam or Morph Ball Bombs. Did you manage to best an E.M.M.I.? Well, Samus will then absorb its data! Which could mean, I don’t know, you get the Morph Ball ability back! Finishing off bosses also makes her better. For example, the game-changing Phantom Cloak eases E.M.M.I. pressure as a reward for topping a big bad. There are a lot of them! But the balance is such that they still remain meaningful. They’re doled out at a reasonable pace, rewarding you for doing your best. 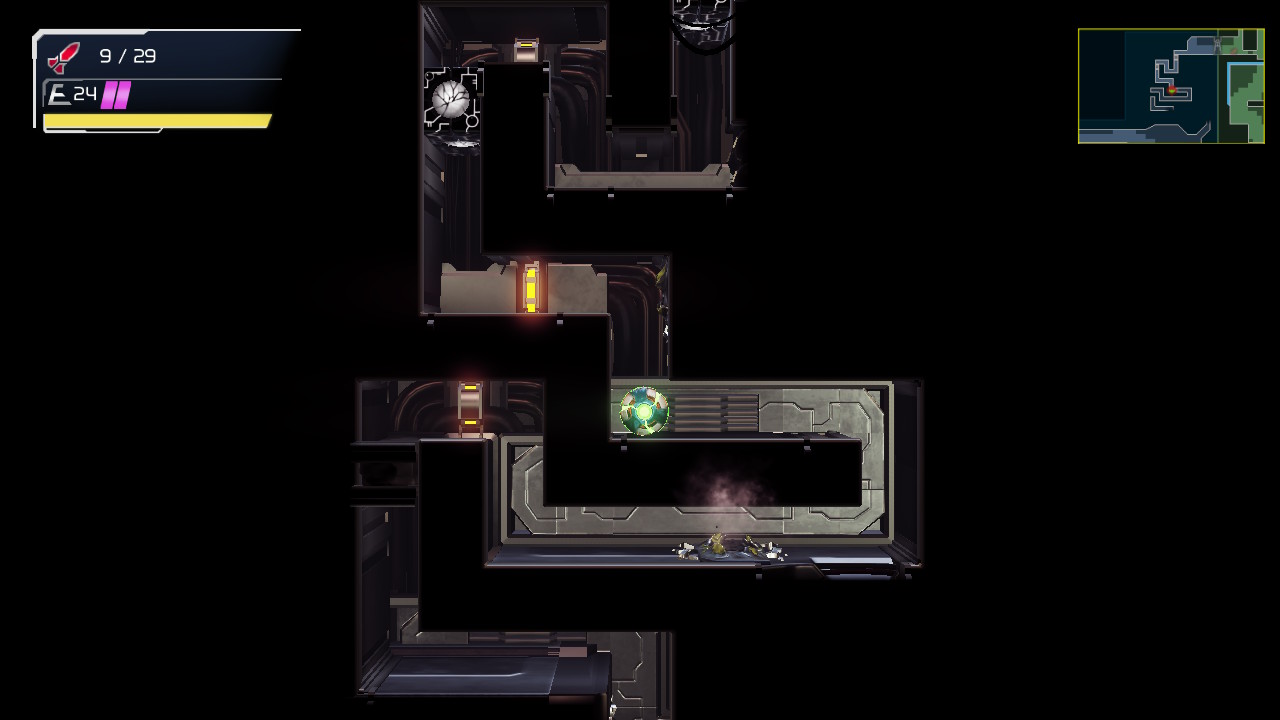 In general, “satisfying” is a good way to describe Metroid Dread. This is a game good at providing incentives. It’s never truly unfair, even with the introduction of the one-hit K.O. E.M.M.I.s. Save points and stations to recover health and missiles appear rather liberally around locations. Enemies possess recognizable patterns and tells. Segments that involve swift decisions include level design that directs a player to practical paths to safety. Once you get a new ability, there’s typically an opportunity to test it nearby. You might even see obvious visual cues on a map that let you know now you can go back. For example, after regaining the Varia Suit, you’ll know those “red” areas can now be safely explored.

The only downside is that at times, Metroid Dread feels too expansive. Which is a good problem to have, to be clear. There is a lot to see and do here. There are secrets to sniff out. (And there’s an Aeion ability to help make sure you find all of them.) But once you get to about the halfway point, it can make backtracking feel daunting. Not to mention you can’t use its teleporters to fast travel unless you find all of them. There are some anti-frustration features to mitigate this. Areas you should return to, either to advance or discover secrets, flash on the map screen. You can place markers on the map. And there is that aforementioned ability that points out when you might be missing something in your vicinity. But it could feel like a long “trek” back if you discover you missed something. 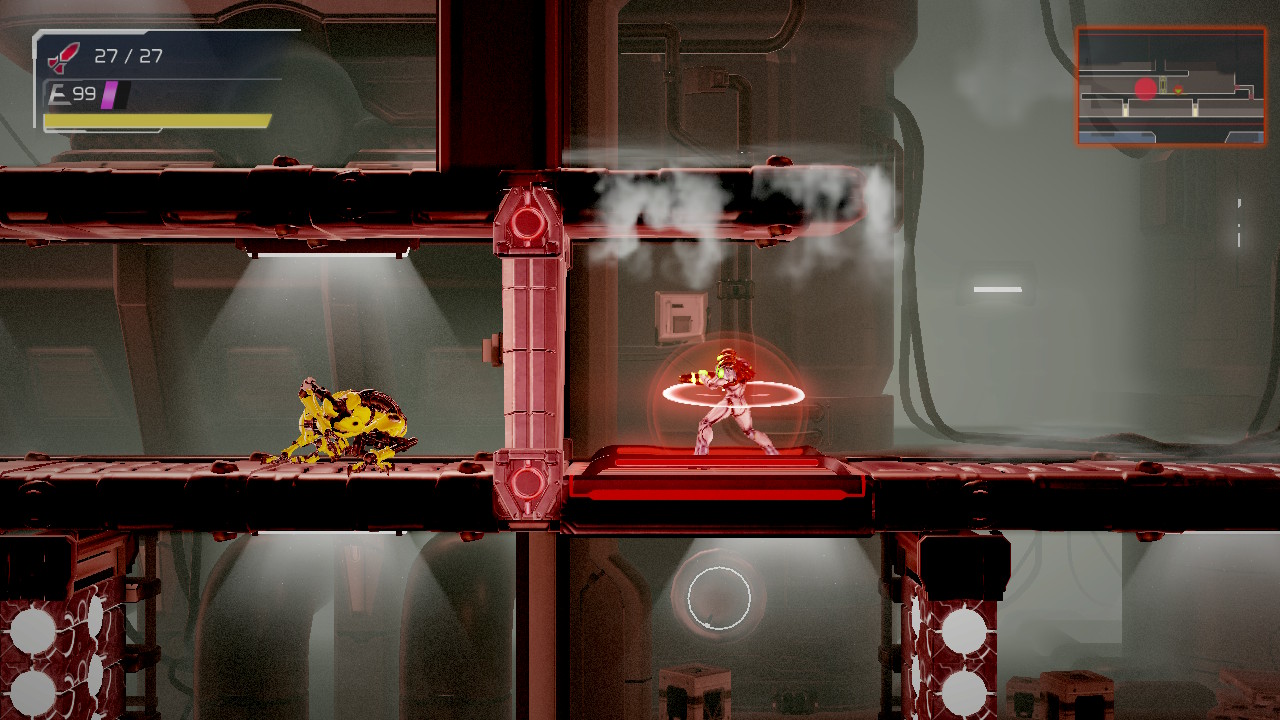 It also helps a lot that many of Metroid Dread’s controls have a common sense approach. You shoot with Y, and hold it for a charge. The left trigger locks you in place so you can aim. Missiles are tied to R, so you won’t accidentally fire one unless you absolutely need it. Likewise, you won’t use Phantom Cloak unless you really need it, since it involves R3. The melee counter is connected to X. Certain Aeion abilities might be connected to a D-pad button. It seemed like Samus instinctively gripped to ledges when I needed, without even thinking about it. Sliding and the Morph Ball are connected to ZL, though there are times when Samus instinctively turns into a ball when you are in certain positions for ease of use. The only issue I ever had is that I had the most difficulty actually triggering a successful E.M.M.I. counter. (Though that might have been due to my own skills or lack thereof, rather than the controls themselves.)

But I think what I appreciated most of all is the atmosphere. Metroid Dread is amazing at establishing a mood. ZDR feels intimidating and isolating. Especially since your “friendly” face, well, doesn’t have a face. The disconnected ADAM AI only seems to talk to you on a need to know basis. Not to mention it isn’t exactly warm. The music is haunting, and it only gets even more tense when you enter an area an E.M.M.I. is actively patrolling. And when you are in an E.M.M.I. area, you can hear it searching. The screen tightens in, so you can see less of your surroundings. It feels threatening, right up until that make-or-break moment when you might get caught and need to run. Some of the Chozo remnants can inspire feelings of reverence or intimidation. But there are also times when lava spouts are eerily beautiful or you might be able to appreciate the artistry of base designs… if there weren’t machines or ugly monstrosities attempting to kill you. 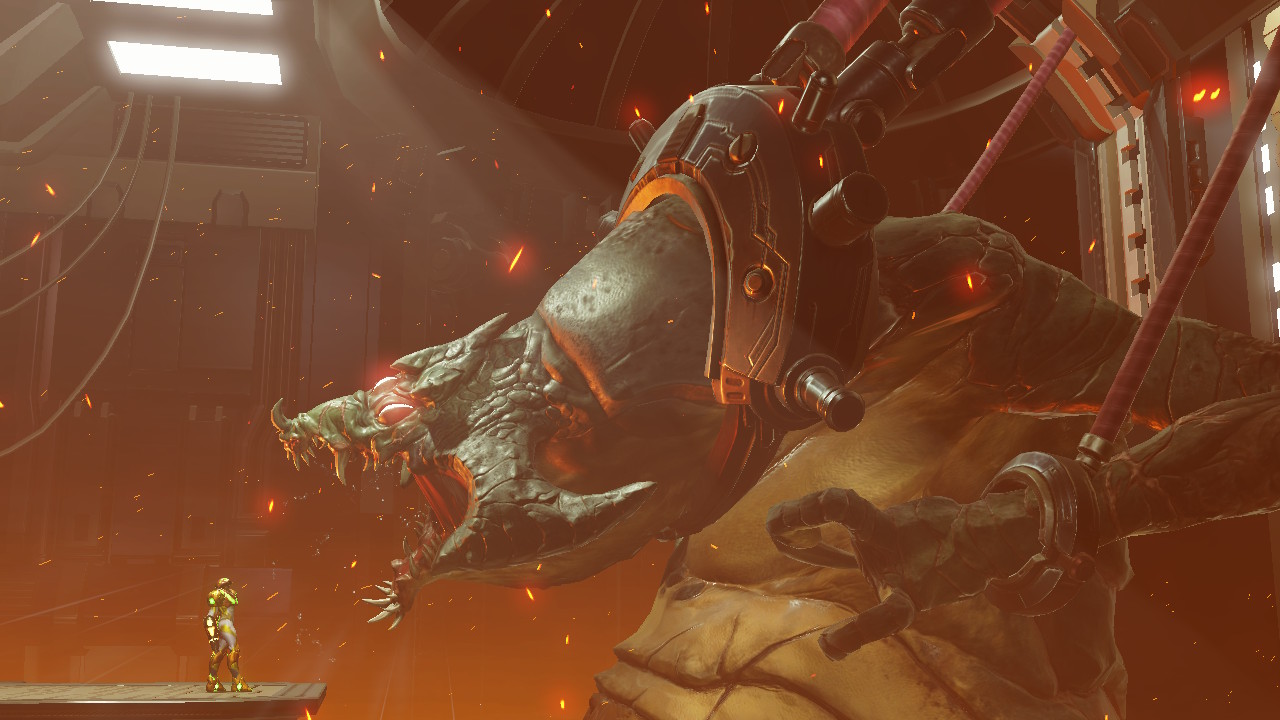 Metroid Dread is constantly offering a player a challenge, then providing an appropriate reward for their efforts. It forces you to be better. You’re put in situations where it will be difficult, but paying attention and trying usually means you can get through it. All the while, it’s building up a world. The places you’re visiting, although often very different, have common ties. There’s a sense of flow. And there’s a constant motivation to keep going and exploring. Yes, at some points it might even feel a bit overwhelming. But it’s an excellent adventure.

Metroid Dread is available for the Nintendo Switch.

Upon investigating a mysterious transmission on Planet ZDR, Samus faces a mysterious foe that traps her in this dangerous world. The remote planet has been overrun by vicious alien lifeforms and murderous robots called E.M.M.I. Hunt or be hunted as you make your way through a labyrinth of enemies in Samus’ most intense side-scrolling adventure yet.
9