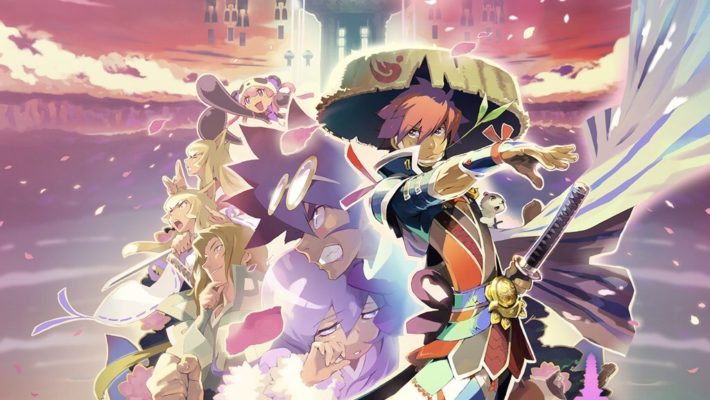 Like many Mystery Dungeon games, the draw to Shiren the Wanderer: The Tower of Fortune and the Dice of Fate is its unique gameplay, which can be summed up as a turn-based roguelike that gives you time to think about your actions. Time to think is important, too, because there’s an overwhelming amount of things to learn, all mapped to just a few buttons. Things like when to move, when to heal, when to run, and the effects of a variety of items are just scratching the surface. At first, it all feels a bit overwhelming, and the tutorial doesn’t do much to alleviate that sensation. Instead, it’s probably best to bypass it altogether and rely on the coaching of Shiren’s ferret companion, Koppa, and a readily accessible menu of tips. They get the job done and it’s almost better to master the game’s randomized dungeons piece by piece as you play, returning to the tutorial dungeon only on occasions when it feels absolutely necessary. Trial by fire seems to be the roguelike mythos, after all.

As the game’s title implies, the concepts of luck and fate tie heavily into both the gameplay and the story. Moments after arriving in the village of Inori, Shiren meets a sick woman named Oyu. Many believe that such a thing is a matter of fate and there is little to be done to resolve the matter. Jirokichi, a man who loves her, isn’t ready to accept this and runs off to the Tower of Fortune, as legends say there is a way for the god of destiny, Reeva, to change fate. 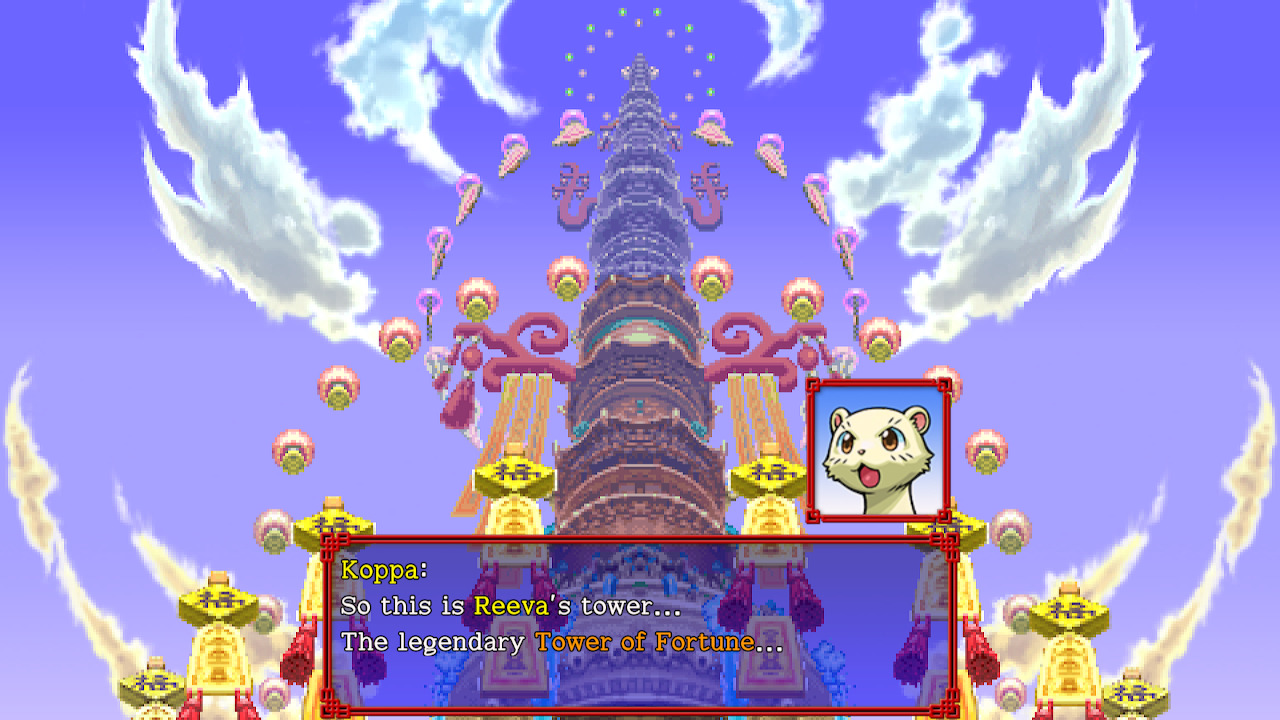 Shiren’s role in this love story is to aid Jirokichi in his quest to triumph over the Tower of Fortune. Part of what it means to aid Jirokichi is to kill monsters, protect him, and revive him when he dies, which he frequently does. Then again, so does Shiren, and accepting this, and the consequent loss of progress, is part of the game. Shiren is more unforgiving than it is unfair, though, and I can promise that the “oh, my bad,” moments will outweigh the “oh, come on!” moments. If they don’t, then you might be someone with particularly bad fortune whose only hope is to undertake a long quest and appeal to the god of random number generation.

Every dungeon is a cycle of death to break out of, and most of them lead right into a new, scarier death cycle. As you might expect, this takes up a significant amount of time. The story, by comparison, is pretty sparse. This isn’t to say that it’s insignificant, though. Despite the fact that it takes a backseat to the dungeon delving, Shiren’s story is effective at saying what it needs to say in a way that is memorable. The narrative simplicity of this game, like its mechanics, is just another way in which it endures.

Many NPCs will talk of the influence of fate, even in circumstances far less avoidable than seemingly terminal illnesses. Sometimes this dialogue feels stilted or inconsistent with the way people actually speak, but it grew on me to the point where I now find it charming. This is partially because so many interactions imply a complicated world obsessed with the nature of destiny. There is a saddening amount of people shirking responsibility,  giving up their entirety to fate. Then there are the inspiring few who believe in something more.  In the middle, there are people who just aren’t sure. The dramatic question at the heart of it all is “what justifies inaction?” The reason this question is memorable, outside of repetition, is because so stories are commonly about self-actualization. Most of the people in the game are having their basic needs met, so it isn’t the usual hurdles standing in the way for them. It’s more than that. By directly associating limiting beliefs with powerful deities, the game makes it difficult to wholly condemn those who are resigned to inaction. If fate exists and deities do as they will, then what can you do in lieu of changing their minds? 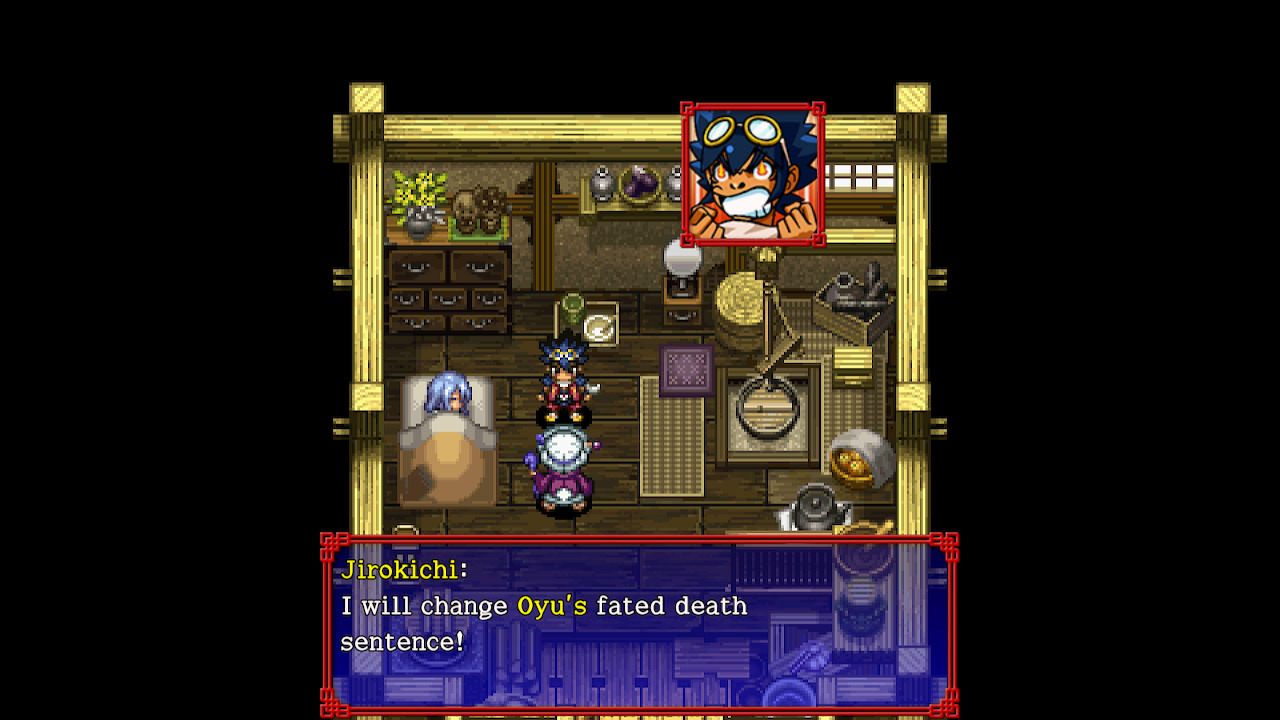 Fortune as a motif recurs in the gameplay, and that can be frustrating when dying means losing not only Shiren’s levels but also the items he has on him. Items can be stored to keep them safe for later, but having fewer items could mean having a diminished chance of success. There’s a risk and reward element in play here and choosing what to bring into a dungeon is just as important as choosing when to conserve consumables for later, even in the presence of potential bad fortune and no guarantee that “later” will ever come.

There are ways of mitigating risk and overcoming luck, of course. Learning the ins and outs of the game, or at least getting a basic grasp, is the obvious first step. It is also possible to gain some items and power before even entering a dungeon, and a bit of grinding can be done in the dungeons themselves, but I experienced diminishing returns with this method. Running from enemies, or avoiding them altogether, is important but sometimes requires the use of enfeebling consumables. Perhaps the biggest help early on, though, is to simply hire an NPC ally to assist Shiren. They level up and while they aren’t always reliable, they still work to shift the odds in Shiren’s favor. I personally recommend Tao, a girl in a panda outfit who attacks from a range, but you’ll do what you will. If you’re the sort to seek outside help, you can request resurrection from online players when you die. Since I played the game pre-release, I didn’t use this option. You can also read old walkthroughs for the Vita version of the game. I did use this option. Not enough has changed in this release to invalidate them entirely.

Where strategy guides won’t help you, outside of some general tips, is on the new bonus dungeons that have been added to Shiren the Wanderer’s post-game content, which was already quite sizable. Each of them poses a challenge in the form of varied gameplay. The Bladeless Wasteland’s contains no weapon drops, so there’s a dependency on ranged consumables like staves, arrows, and the ever-reliable adventuring staple, a rock. Players can also undertake the Cloister of Certain Doom where they have to clear the dungeon in a limited amount of turns. The Garden of Destiny takes the player back through the main scenario, but the way experience points work has been altered; they provide maximum experience points if killed in one hit with rewards decreasing with subsequent attacks. 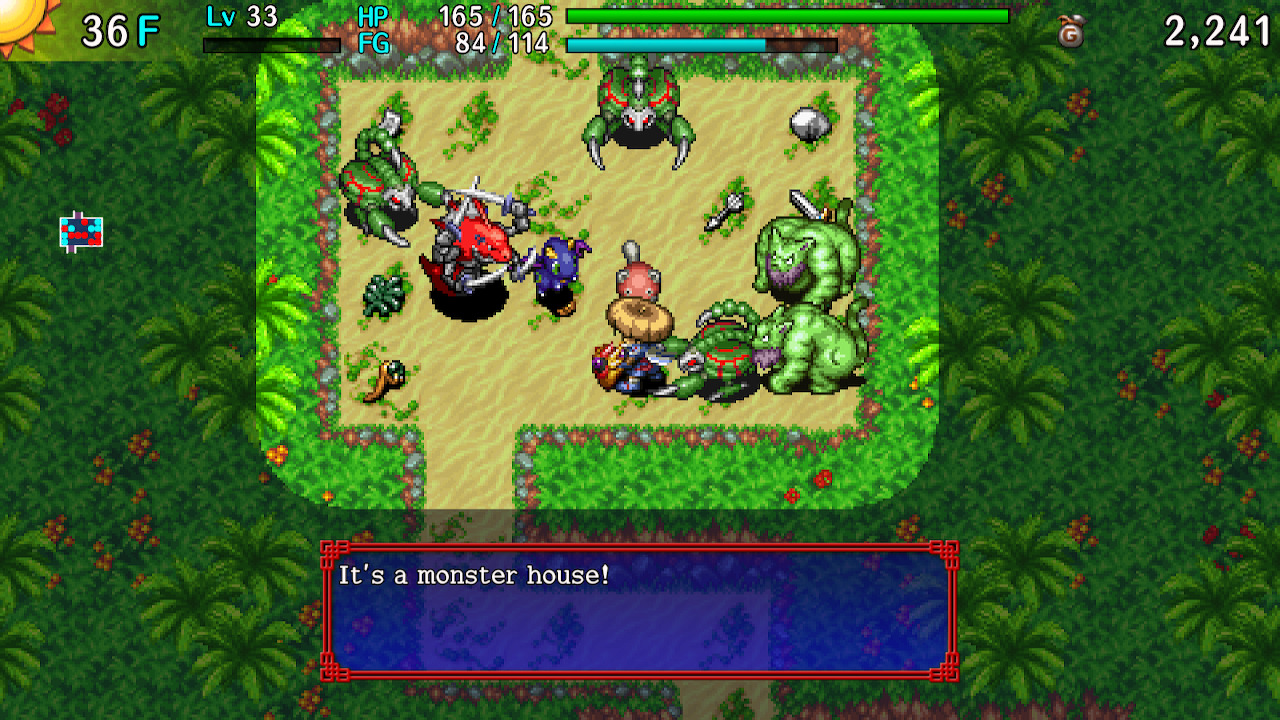 Something that was true on the DS and Vita as well, is that Shiren really benefits from portability, which the Nintendo Switch version provides. The ability to dock it and listen to the game through better speakers is a pleasure, and the game’s bright and mysterious world looks great on a television. That said, the game just benefits from portability, since the game can be suspended to alleviate fatigue from long runs. You could, for example, clear a floor, suspend the game, start dinner, progress a bit, realize dinner is burning, and suspend the game again. You can definitely do this, and I tested it out to be thorough in my review. You can also play the game responsibly but once you get over that initial learning curve, Shiren the Wanderer: The Tower of Fortune and the Dice of Fate can, apparently, become dangerously enthralling.

Shiren the Wanderer: The Tower of Fortune and the Dice of Fate releases in North America and Europe on December 2, 2020 and in Japan on December 3, 2020.

Shiren the Wanderer: The Tower of Fortune and the Dice of Fate

Legend has it that Reeva, god of Destiny, holds sway over the past, present, and future. Said to dwell in the mysterious Tower of Fortune, Reeva decides the fates of all mankind with a trio of magic dice... Lead Shiren The Wanderer and his sidekick Koppa in their quest to conquer the Tower of Fortune! Switch version reviewed.
8