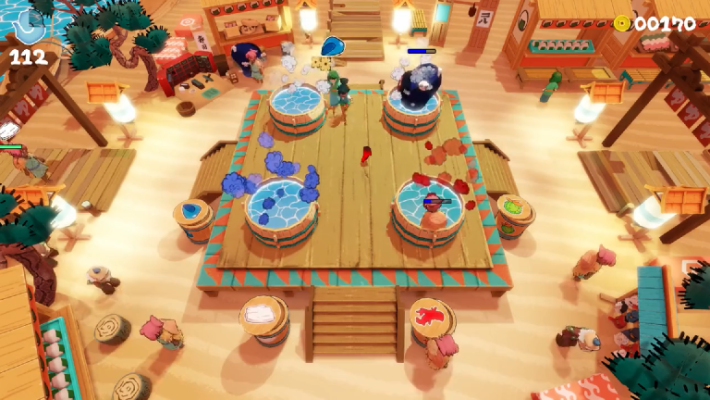 Waking Oni Games released its latest game, Onsen Master, on September 1, 2022. It is available on the Windows PC, Nintendo Switch, and Xbox Series X. Onsen Master is a management game in which the player “must revitalize various hot springs” in Izajima.

In Onsen Master, your day consists of taking customers to the onsen of their choice, as well as keep up with maintenance. Most of the time, however, you are dealing with the customers and making baths to suit their particular ailments. In total, there are six levels in the story mode. There is also a co-op function, as well as a local PvP element.

The hot springs are flooding with patrons!

Onsen Master is OUT NOW on PC, Xbox, and Nintendo Switch!♨️???? pic.twitter.com/mo7cGVXgiS

The story puts you in the shoes of Mu, who is an apprentice of the great “Onsen Master.” Yokai have returned to Izajima, and are causing trouble in the hot springs on the islands. Mu must figure out what happened to the Onsen Master and help return the island to what it was before. There is also the option to just start playing the game without the story in Arcade Mode.

This is a collaborative effort between Waking Oni Games, Argot, White Thorn Games, and The Keyframe Crew. According to White Thorn Games’s website, they “are dedicated to realizing a Ghibli-like dream.” Spirited Away may have served as an inspiration, due to the shared public hot spring setting, along with its use of supernatural clientele.