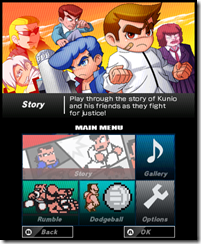 Natsume’s latest River City: Tokyo Rumble screenshot release takes us through the Nintendo 3DS game’s story mode. It begins with a scene showing Kunio attending school in Ikebukuro, as usual, before sending us around Tokyo to fight various thugs.

While most of the new River City: Tokyo Rumble screens show Kunio in-transit between areas, fighting all sorts of thugs, it also offers an opportunity to see some of the locations he’ll be visiting in the game. For example, a screenshot taken in Shinjuku shows Kunio in a shopping district, near a Tech Burger. It also notes one of his jobs, Shinjuku Patrol, which will give him ¥500 for defeating 20 Hanazono punks in the area. Ueno is an office district, with quite a few professional buildings. 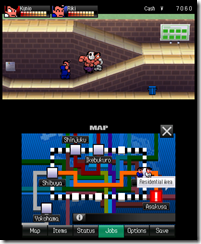 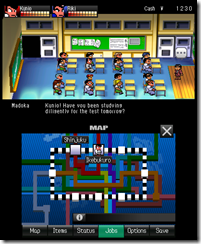 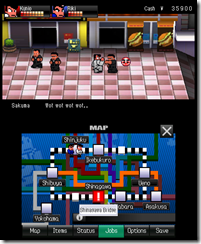 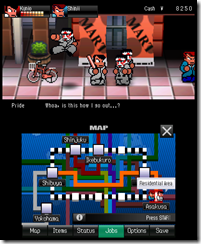 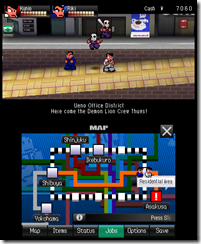 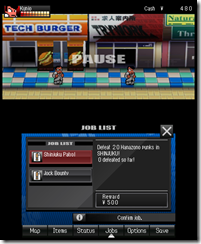 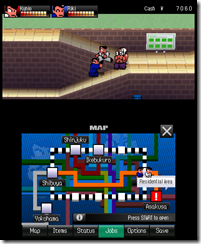 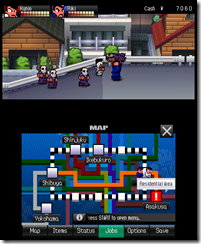 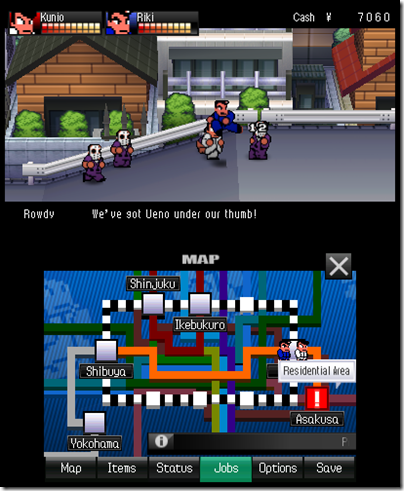 River City: Tokyo Rumble will come to the Nintendo 3DS in September 2016.