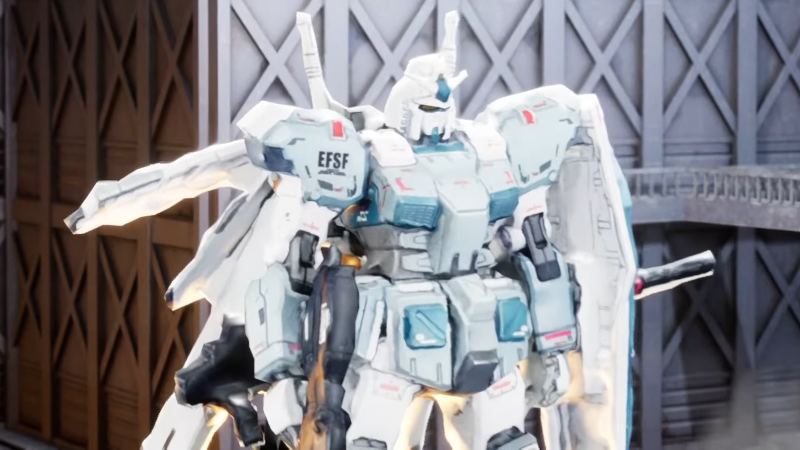 The real-to-virtual Gunpla scanning technology will have a broader test in Japan. Bandai Namco will hold the second test event for the Road To Gunpla Battle project in Shinjuku, Tokyo. It will set up a system that can scan a Gundam plastic model kit and generate a 3D movie with it.

The new test will support all SD Gundam and 1/144-scaled kits. The latter will include Entry Grade, High Grade, and Real Grade units. It will also allow custom colors and additional parts. In most cases, the total length of the posed kit must not exceed 170mm (~6.7 inches) in any dimension.

A participant will have around fifteen minutes to complete the whole process. After registering their Gunpla kit and selecting a situation, the organizer will give them five minutes to pose the model. The system will then scan the kit in three minutes. It will finish processing the movie in five minutes.

A trailer for the second Road To Gunpla Battle test is available to watch on Bandai Spirits’ YouTube channel. It shows some examples of the movies that the system will generate during the test period.

Road To Gunpla Battle is a project from Bandai Namco that aims to realize a system where people can scan their own model kits and pilot them in the virtual world, as seen in the Gundam Build Divers anime and Gundam Build Real live-action drama. The first test took place in March 2022. It involved the generation of controllable 3D model data from the scanned Gunpla. While it supported custom colors, it was only available for unmodified kits of Gundam Helios and RX-78-2 Gundam.

The second test for the Road To Gunpla Battle project will commence at Gundam Next Future Tokyo Base in Shinjuku Sumitomo Building Sankaku Hiroba from September 29 to October 2, 2022.