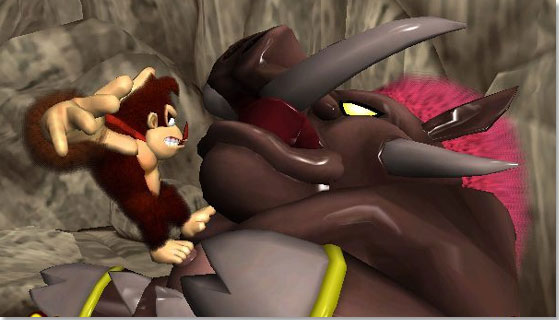 Love for Metroid in general is well-documented around these parts, so, naturally, when a site with rather strong ties to Nintendo claims that Texas-based Metroid Prime developers Retro Studios are working on a Donkey Kong revival, it makes one sit up and take notice.

Retro, originally founded by president of Iguana Entertainment (Turok: Dinosaur Hunter), Jeff Spangenberg, are a studio that has had its ups and downs. An outfit primarily accustomed to the first-person genre, at the time of their acquisition by Nintendo, Retro were, surprisingly, working on no less than five different Gamecube games — none of which were in first-person. It’s not surprise Only one of those — Metroid Prime — ever saw the light of day, as Nintendo shelved the other four to direct the entire studio’s efforts toward Prime.

Then, last year, IGN staff mentioned a different, relatively low-profile rumour that Retro were once working on a Zelda spin-off, starring Sheik from Ocarina of Time, following the development of Metroid Prime 3, but that this project had been canceled as well. As of now, the possibility of a Donkey Kong revival — perhaps on 3DS? — remains our only hint as to the studio’s activity.