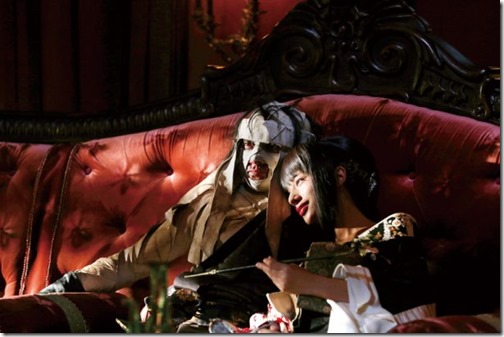 The new manga will be just two chapters in length and is titled Controlling Flame –Rurouni Kenshin: Hidden Chapter-. It will focus on the meeting of Shishio Makoto and and his significant other, Yumi Komagata.

The manga will also detail how Shishio formed the Juppongatana, his organization of warriors and assassins that he recruits in an attempt to overthrow the Japanese government in the original Rurouni Kenshin manga.

The first chapter of the manga will be published in the August issue of Jump SQ, the same month that the first of two Rurouni Kenshin movies focusing on the saga’s Kyoto Arc will debut in Japan.