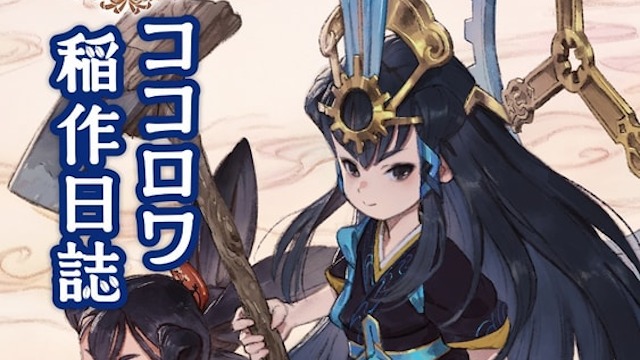 Shueisha will release the Sakuna: Of Rice and Ruin – Kokorowa Rice Cultivation Journal novel on October 4, 2021. The author of this novel, Keiji Ando, previously wrote a novel for The Magnificent Kotobuki in 2019. The game’s illustrator Ryota Murayama drew the novel’s cover.

This novel will tell the story after events in the Sakuna: Of Rice and Ruin video game. Sakuna is still working hard at cultivating rice on Hinoe Island. However, the novel will also focus on Kokorowa, Sakuna’s friend and the goddess of wheels and inventions. For some reason, the latter also starts cultivating rice on her own.

The Kokorowa Rice Cultivation Journal novel will have 240 pages in B6 size (approximately 5 x 7 inches). It will also have four additional pages containing illustrations. Shueisha will sell the novel in Japan with a price tag of 1,100 yen (~$10). It is currently unknown whether the novel will also be released in English or other languages besides Japanese.

Sakuna: Of Rice and Ruin is immediately available on PlayStation 4, Nintendo Switch, and Steam. It surpassed 1 million units in sales as of June 2021. The game’s development team, Edelweiss, also won awards for creating the game at Famitsu Dengeki Game Awards 2020 and CEDEC Awards 2021.

The Sakuna: Of Rice and Ruin – Kokorowa Rice Cultivation Journal novel releases on October 4, 2021 in Japan.