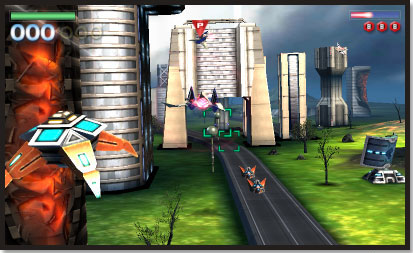 It all began, Sakurai revealed, with Nintendo president Satoru Iwata revealing the 3DS hardware to him. At the time, 3D technology hadn’t been decided upon as one of the defining features of the device, so all Sakurai had to go on was the increase in hardware over the Nintendo DS.

“Anything is okay, you do whatever you want,” Iwata had told his former colleague from their HAL Laboratory days, even giving him the authority to use a Nintendo franchise. At the time, Sakurai envisioned a game with a combination of air and ground combat, followed by a boss battle, and decided upon Kid Icarus, following his modernization of Pit in Smash Bros.

However, while Kid Icarus eventually turned out to be a perfect fit once the 3D technology entered the picture, another franchise was originally under consideration, but didn’t make the cut for design reasons.

“Yes, there actually was one other and that was Star Fox,” Sakurai revealed.

“But the problem with Star Fox was that — and you’ll see this when you see the trailer for Kid Icarus — is that the game design incorporates a lot of different views. For example, flying and shooting sideways or turning around and shooting behind and I felt that there were some restrictions with Star Fox in this regard. With Pit, there is a certain amount of flexibility that is allowed and makes a better fit for this gameplay.”

Luckily for fans, Star Fox ultimately managed to make its way to the 3DS as well, in the form of a Star Fox 64 remake. You can read our impressions of the demo Nintendo presented at E3 here.