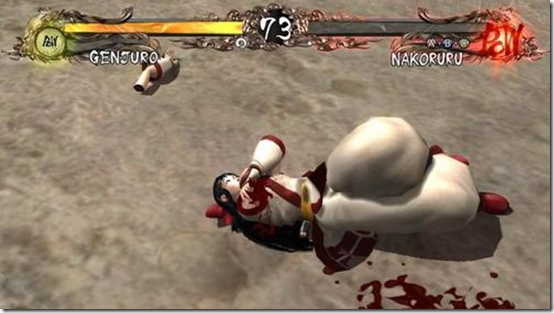 Samurai Shodown: Edge of Destiny combatants have sharp swords. When you finish off an opponent with a heavy slash limbs and heads fly. Well, at least in the North American build Ignition brought to E3. 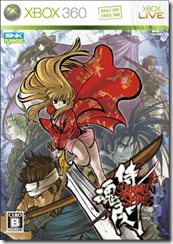 The box art for Samurai Spirits: Sen, the Japanese version of Samurai Shodown: Edge of Destiny says the game is rated CERO B, which means its certified for anyone age 12 or older. A teen rated game with dismemberments and decapitations… in Japan?

Capcom altered scenes in Resident Evil 4 where Leon looses his head after a run in with a chainsaw and that game was rated CERO D. There’s no way Samurai Spirits: Sen can have this much carnage and a CERO B rating. Perhaps, SNK decided to censor the game in Japan.

It’s unclear if Ignition, the game’s publisher in the US, will do the same thing, but we’ll check in with them to see what’s going on.