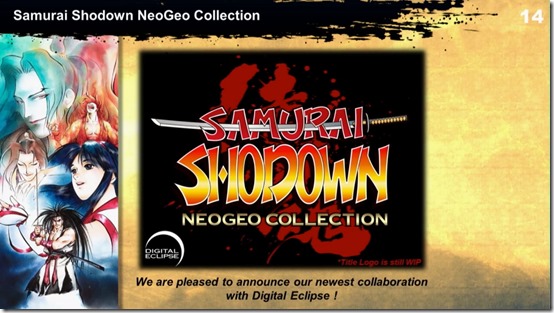 You can check out the reveal from SNK at the 21:10 mark of their presentation. The release is in collaboration with Digital Eclipse, who previously worked with the developers for SNK 40th Anniversary Collection. Samurai Shodown NeoGeo Collection features six Samurai Shodown titles that released on NeoGeo between 1993 and 2004.

It features the following six titles:

Players will get to play both offline and online and check out its voluminous Museum Mode that has an abundance of information on characters and characters that didn’t make it into the games. 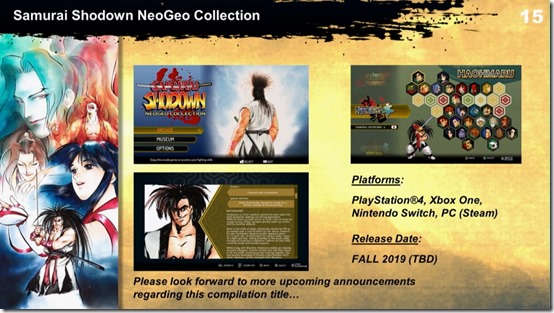 The Museum Mode also has a neat profile feature where you can check out any character and see their character models from any of the previous games they appeared in, plus a bunch of information to go with it.