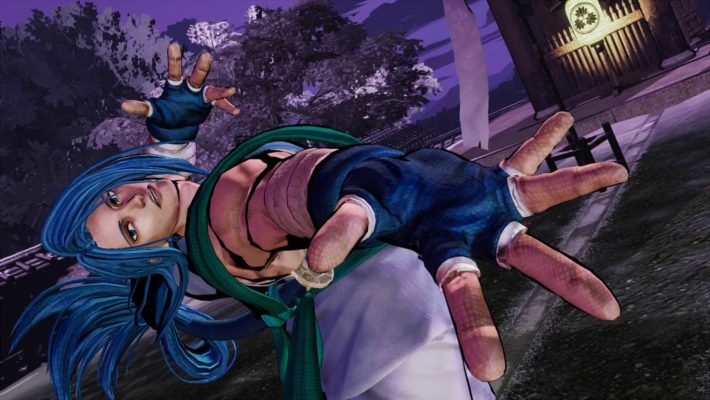 Somebody is about to make a splash. It will soon be time to get wet and wild with the Samurai Shodown Sogetsu Kazama debut. He’ll be arriving in the game on April 1, 2020. This means two of the four characters from the second season pass will be available.

The Samurai Shodown Sogetsu appearance has been one of the most poorly kept secrets for the game. His inclusion as DLC was first leaked back in October 2019. However, despite that, his brother Kazuki still ended up beating him into it by appearing as part of the first season pass in November 2019.

Sogetsu made his series debut back in Samurai Shodown IV and has been part of the cast ever since. Like Kazuki, he’s a ninja using the Kazama Ninja Arts and a ninjato sword, though his element is water.

Here’s the Samurai Shodown Sogetsu trailer giving a glimpse of his moveset. In particular, we see how he can use water to attack or even teleport behind an opponent.

The Samurai Shodown Sogetsu DLC will be released on April 1, 2020. Two of the other four characters in this season pass are Mina Majikina and Iroha, though the fourth is a mystery. However, in a Siliconera interview, Game Director Nobuyuki Kuroki mentioned wanting to see Sieger in the game.

Samurai Shodown is available for the Nintendo Switch, PlayStation 4, Xbox One, and Stadia. It will come to the PC via the Epic Games Store in Spring 2020.