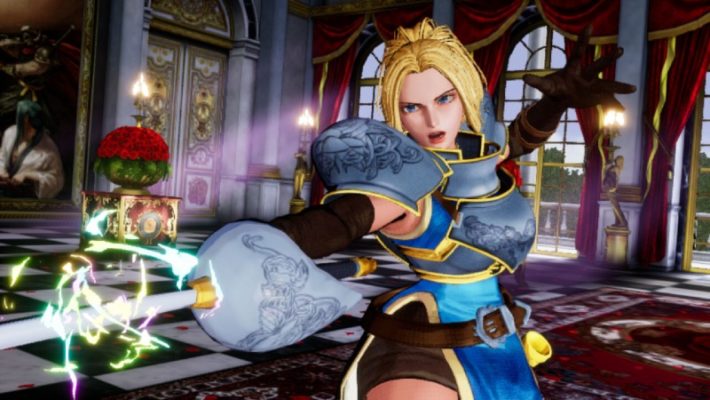 I play a lot of fighting games, even though I’m too old and busy to actually be decent at them anymore. But as long as the words “Mortal Kombat” aren’t in the title, I’ll give almost anything a whirl. For a long time, one of my blind spots was Samurai Shodown. That series just wasn’t around when I was, and I never sought it out. But with SNK’s recent success and excellent new edition of Samurai Shodown, I’ve been hooked. I have it on three platforms now, including the recently-released Nintendo Switch port. I had my misgivings going in, but it turns out the folks behind this release are wizards. It runs almost perfectly, looks pretty alright, and sounds great. But while there are technically better platforms to play it on, there are ways this version gets things right. While Samurai Shodown isn’t perfect on the Switch, it’s definitely perfect for the Switch.

Allow me to explain. Samurai Shodown is a markedly different sort of fighting game compared to its peers. Sure, there are some familiar commands, from the quarter circle and dragon punch to the goofy forward-half-circle SNK loves so much. But the entire methodology is different. Really, there’s no other fighter like Samurai Shodown, except for other Samurai Shodown entries. You could make an argument for Bushido Blade, but that game’s trying to accomplish something a bit more gimmicky. More than special moves or combos, Samurai Shodown is about measurement, patience, and punishment. 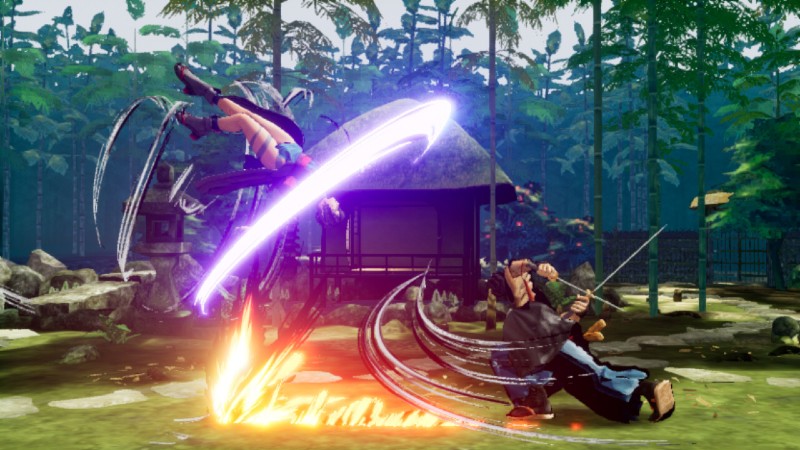 Samurai Shodown doesn’t care about your fancy combos. You can do some, sure, but unless you’re a pro, it’s totally unnecessary. What’s more important (even for said pros) is creating an opening and making sure you use it. A combo is cool and flashy, but you’re fighting against your own execution there. If your opponent whiffs and all you can think to do is press heavy slash, you’ve probably still hit your opponent for a third of their life. That’s the kind of experience Samurai Shodown is. Several attacks may get thrown out, but only a few of them need to connect. That’s why this game is perfect for the Switch.

I use a Switch Lite, which means I’m not playing this bad boy on a TV with “good” controllers. I’m enjoying it on my own, playing through the story, doing some training, and completing dojo challenges. I may even play online some. I’m no expert, and I’m sitting around a 50% win/loss ratio so far. But I’m having a blast, which is possibly the first time I’ve been able to say that and mean it with a handheld fighter. (Well, one that isn’t Power Quest on the Game Boy Color.) That’s because unlike, say, Dragon Ball FighterZ (which has a totally great Switch port too, mind), I don’t have to worry as much about being fast and accurate with Joy-Cons. It’s a slower-paced, fundamentals-oriented fighter that rewards me for patience, rather than speed, technique, or memorization. 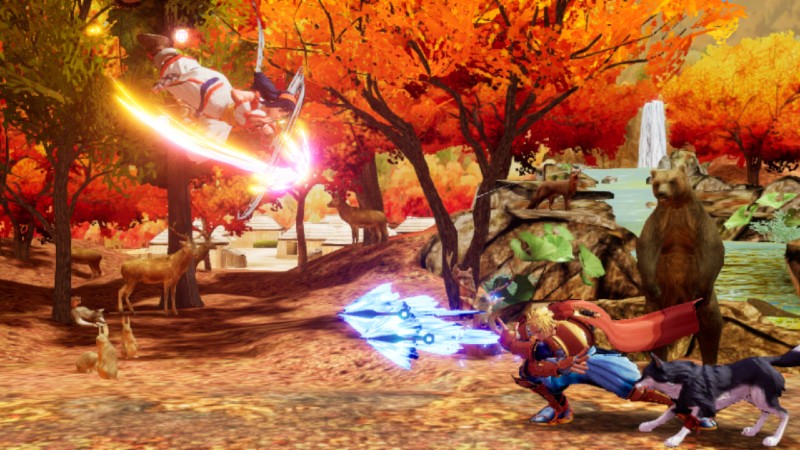 Sure, I main Kyoshiro and have a few tricks up my sleeve. I’m no novice, and even with the Joy-Con stick on my Switch Lite I can do some fun stuff when I get the chance. But also, I can play a less aggressive game, block an opponent being too greedy, and just press the A button. They’re going to regret what they did just as much, and I’ll get the same satisfaction from it that I’d get from a multi-hit flourish in Street Fighter. So while the resolution is a bit fuzzy, the character models lost a few teraflops, and every now and then the frame rate will hitch a little (post-launch patches have smoothed things out), Samurai Shodown remains my go-to fighter on the go. It’s less about the platform and more about how the flow and cadence of this particular game fits the platform’s limitations.

Samurai Shodown is currently available for the Nintendo Switch, the PS4, the Xbox One, and the PC.