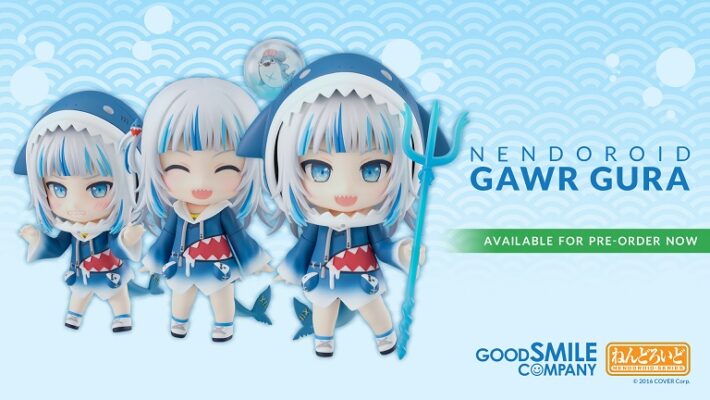 Those who missed the first round of pre-orders for the Gawr Gura Nendoroid are in luck, as the second window has opened today, September 13, 2021. The second batch of pre-orders will run from September 13 until October 21, 2021. She will ship out in August 2022 in Japan, and October 2022 in North America. She will cost ¥5,900/$59.99. There is a warning that once the production limit is reached, the pre-order window may close early. Those who wish to purchase this Nendoroid may want to act fast.

Gawr Gura is the most popular VTuber on YouTube at the moment, with 3,360,000 subscribers at the time of writing. She was the first of Hololive to surpass Kizuna Ai, though other members such as Pekora and Marine have done so as well. Unsurprisingly, her popularity means her Nendoroid is in high demand. When pre-orders went live for the first round, the English Good Smile Company website event became inaccessible due to the high traffic.