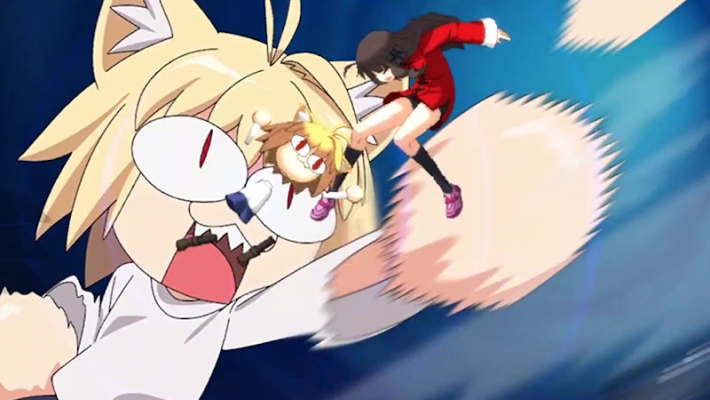 The Melty Blood: Type Lumina Summer 2022 update will arrive soon, and it will bring in Neco-Arc. Type-Moon and French Bread have published a new press release with gameplay details for the chibi character, who will make her return from Melty Blood: Actress Again Current Code. [Thanks, 4Gamer!]

In Type Lumina, Neco-Arc will become a tricky character with several random attacks. Her summoning moves like Neco-Packet 2022 and Abaddon Force will have multiple versions that trigger randomly on every usage. Many of her attacks will have a short range. Some of her moves will also take reference from older series titles.

Players striving to main her will have to rely on both skill and luck. They can distract the opponent with the summons and then get up close to launch Neco-Arc’s own attacks.

Type-Moon also uploaded new Melty Blood gameplay videos featuring Neco-Arc on its YouTube channel. The videos pit her against Miyako Arima, one of the game’s default playable characters. The English subtitled versions of the videos are available to watch right below.

Melty Blood: Type Lumina is available worldwide on PlayStation 4, Nintendo Switch, Xbox One, and PC. Neco-Arc will join the fighting game’s roster together with Fate/Grand Order‘s Mash Kyrielight through a free update patch coming on August 19, 2022.