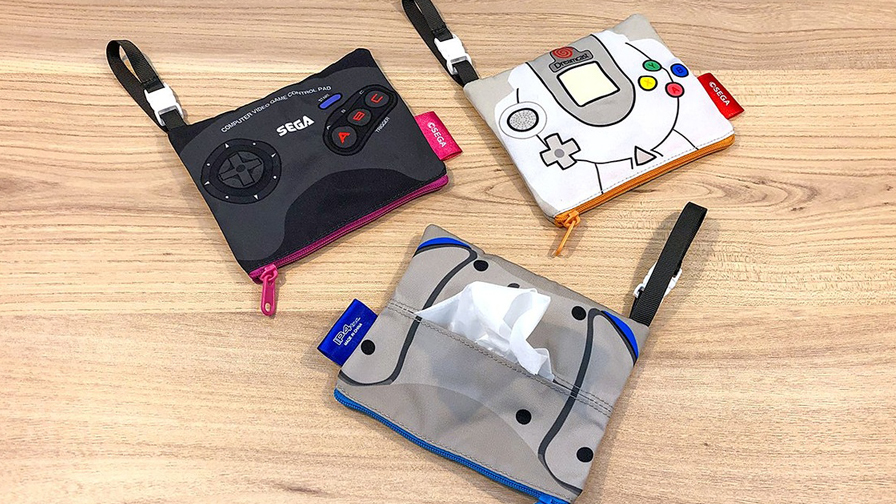 Some cute and functional Sega capsule toys will be on the market soon. Toymaker IP4 Inc is partnering with Sega to release these tissue box covers in Japan on November 19, 2020. The designs of the covers and bags are designed to look like Sega consoles and their respective controllers. (Thanks, Hobby Watch Impress!)

Both IP4 and Sega announced the news via their respective official Twitter accounts. Six different toys will be released, all available in capsule form. The consoles are meant to hold boxes of tissues, while the controllers are more “handy” and meant to carry a personal pack of tissues. Each capsule will cost 300 yen. Die-hard Sega fans with runny noses may want to try to get all six Sega capsule toys.

This isn’t the first time IP4 has teamed up with Sega for capsule toys. As recently as June 2019, the companies released small pouches with the same console and controller styles. Sega has also been on a bit of a “mini streak” following the release of the Game Gear Micro. Sega even commented earlier in October 2020 on the future of its mini consoles, now that the Game Gear Micro is out.

The IP4 Sega capsule toys will be available in Japan starting on November 19, 2020.