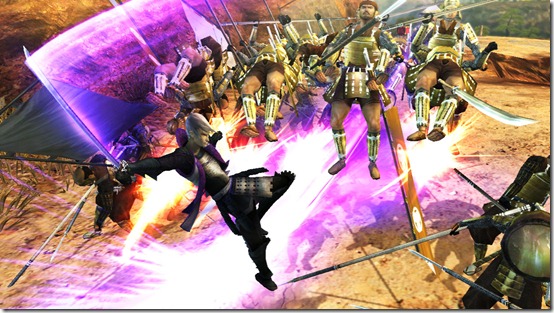 Sengoku Basara: Samurai Heroes is part of an action game series loosely based on the Warring States period. The series, if you weren’t aware, has a huge female following in Japan. Hiroyuki Kobayashi, Producer, says guys and girls buy the game, but the diehard fans are women.

How did Kobayashi develop an action game series that appeals to women? That’s one of the points we touch on in our Sengoku Basara: Samurai Heroes interview.

You’re developing Sengoku Basara: Samurai Heroes for PlayStation 3 and Wii. How did you handle development on both consoles?

Hiroyuki Kobayashi, Producer: Of course the hardware specs are different, which is always difficult. We developed a lite version of MT Framework and made the game on PC. Then we tested it on the two different systems and decided if were going to fix this or that and make any changes. Lighting and graphics are different at times, so we did fine tuning for each version after making the base version for PC.

Since the game is based on a PC version, how come you didn’t make an Xbox 360 version for North America?

At first, we were making the game for Japan. The Wii and PlayStation 3 were the main choices for that market. Xbox 360 sells well in the West, but this game was originally for Japan-only. We want to make the same exact version for the world, so it was never really in our plan.

Why did Capcom decide now is the time to bring Sengoku Basara back to the West as it was originally intended and not as Devil Kings? 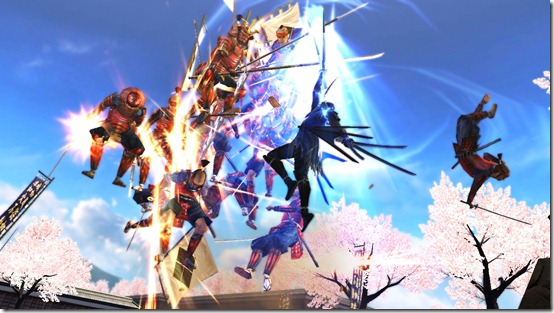 How do you feel about Samurai Heroes coming to the West since you didn’t originally plan for it?

I’m happy people all around the world can enjoy the game for what it is, an action game. Even in Japan, there are a lot of people who don’t know the Basara series, but they get to know it, learn it, and enjoy it. For Americans and Europeans they don’t need to be familiar with the series and still enjoy the game because the core of the game is action gameplay.

I hear the Basara series is popular with girls.

The hardcore fans are definitely girls, the ones that really get into it. But, there are a ton of guys that buy the game for its action elements. Both men and women play the game in Japan.

It’s quite amazing that the Basara series, an action game series with a bunch of male leads, is so well received by both genders. It seems like companies are trying to figure out how to appeal to women, but are resorting to gender stereotyped games instead.

I took similar steps while making Devil May Cry 4 as well. The first thing was to take away things girls don’t like, things that are disgusting and violent graphics or events. Also, big, buff, macho guys. There are girls that like that, but most girls like a realistic nice, sweet guy.

If we made someone like the Hulk, a big overly muscular guy, girls probably won’t be into that. If you take that character and tone him down a bit, make him more of a smart type, that little difference can change the perception of how females receive that character.

As a personal opinion, do you feel this is cross cultural or something just for Japan?

Interesting, but Sengoku Basara is rooted in history. How did you re-envision those characters based on the existing legends?

We didn’t use base the characters on historical facts. We wanted to make our game with these characters in this time period. Maybe some things like armor, they way that looks, we took from any records we had. This is a Capcom game. It’s a game we wanted to create in that time period, there is nothing historical at all. 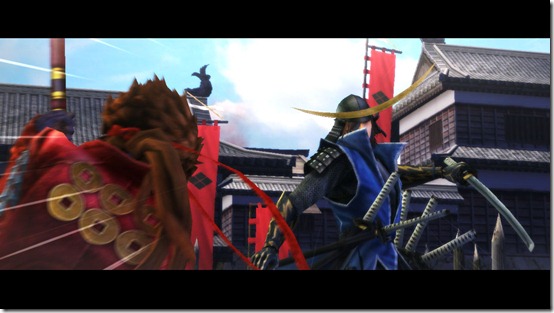 What other lessons did you learn from working on Devil May Cry 4 that you brought into the Basara series?

There wasn’t too much taken straight from Devil May Cry 4. A lot of the same staff that made Devil May Cry 4 are making this game, as well. We have all of the experience of making an action game and know how to create really good characters.

Going back to character design, what type of personalities did you want to create for your game and give to these historical icons?

For example, Masamune Date was called the one-eyed dragon in history. That was our center point and we thought ‘what can we do to pull that dragon out of him?’ He has six swords, claws, there are also details of his outfit with dragon scales.

Yukimura Sanada was working for the Takeda clan and their color in history was red. We used that color to make him stand out. In real life, he used one spear, but we thought that wasn’t interesting so we gave him two. Then we had the blue and red with Masamune and Yukimura. Their rival relationship started there and evolved with their personality.

Are the colors linked to characters design inspired by Super Sentai?

[Laughs.] Yes, that is a way to show the uniqueness of each character. Each character has their own color so they can be identified easily so people can recognize them. On top of that, we designed each character so you can just see their silhouette and know exactly who he is and what he’s like without any color at all. 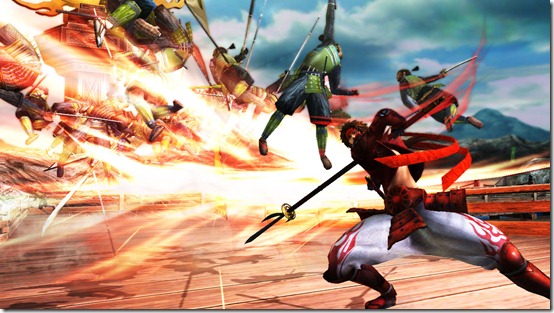 What do you want to do next with the Sengoku series? Do you want to keep it like a Musou style game or, since you are also worked on Devil May Cry 4, would you want to make it more like that kind of action game?

We’ve made a lot of Basara games and there are ones in different genres. We also released Basara X, the fighting game, and the PSP game with 3D team battles. So, maybe there will be other types games in the future. But, the main entries in the series are going to be this kind of style.