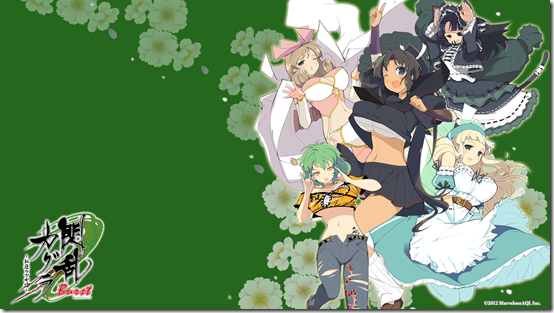 It looks like the latest game in Marvelous AQL’s busty shinobi series will be announced soon at an upcoming live stream event called “Senran Kagura Bakunyuu Hyper Presentation 2014,” according to Game Jouhou.

On the event’s NicoNico Live page, Marvelous AQL listed that they’ll be giving away three copies of Senran Kagura Burst, and they also mention that the game will include the first print bonuses, so to be sure to keep playing it until they release “Senran Kagura 2: Crimson”.

While this information is no longer available on the NicoNico page, Game Jouhou were able to catch the information before it was taken down.

Producer Kenichiro Takaki is expected to talk about what’s next in the Senran Kagura series in the livestream that will be taking place on January 8, 2014. While it’s not confirmed whether or not the sequel will be for Nintendo 3DS, Takaki previously stated that he hopes to create Senran Kagura 2 for the Nintendo handheld.