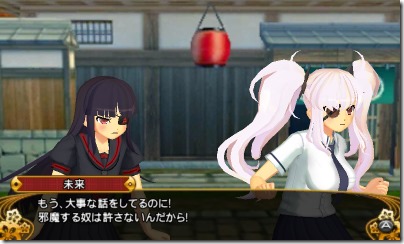 Senran Kagura 2: Deep Crimson launched in Japan last week and the game sold 46,494 copies at launch. That’s the lowest debut for any Senran Kagura title to date, and about half of what Senran Kagura: Shinovi Versus sold at launch.

If you’d like to try and understand some of the factors that could have led to Senran Kagura 2’s lower sales, you can read our analysis of its launch in this report.

In brighter news, Dragon Ball Heroes: Ultimate Mission 2 sold 81,584 copies at launch, selling through 42.89% of its shipment. Since the game launched right before the Obon holiday (which begins in Japan today), retailers didn’t mind the lower sell-through rate, as they likely expect the game to perform reasonably well in its second week. In fact, it’s likely that Bandai Namco shipped more copies in anticipation of this.

The Dragon Ball Heroes: Ultimate Mission games are originally arcade card battle games, and Bandai Namco ported both the first and second game to the Nintendo 3DS. Given how successful the games have been, it shows once again that Namco really know how to manage their lower-budget anime games on 3DS.