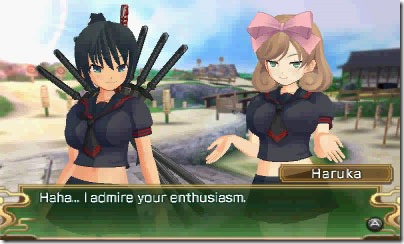 In response to a fan on their Facebook page, Xseed have stated that they are open to localizing other games in the Senran Kagura series.

“[Senran Kagura Burst] has sold well enough that we are open to considering other iterations in the series,” an Xseed representative replied to a fan asking whether the company was interesting in Senran Kagura Shinovi Vs., Dekamori Senran Kagura and Senran Kagura 2.

An Xseed representative shared that enough time has passed since Ragnarok Odyssey’s release for Xseed to bring Ragnarok Odyssey Ace over. Additionally, the game has “tons more content and updates planned post-release,” for which a new game was required, and Xseed couldn’t simply bring the title over as a DLC update to the original.