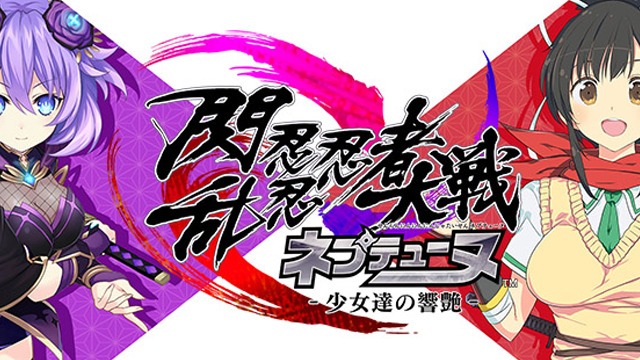 The Senran Kagura and Hyper Dimension Neptunia crossover title, Senran NinNinNinja Taisen Neptune: Shojo-Tachi no Kyoen, has been delayed. Originally slated to release on August 26, 2021 the title will now release on September 16, 2021 to Japanese audiences. This announcement came through the official Compile Heart website. However, a reason for the delay has yet to be detailed in full.

The announcement simply states that the Senran Kagura and Hyper Dimension Neptunia crossover title is delayed due to various reasons. Additionally, the developers apologized for any inconvenience this might have caused consumers.

The crossover title will feature a handful of characters from each respective game. A roster was previously announced and revealed every character that will appear. This includes Purple Heart, Black Heart, White Heart, Asuka, Homura, and Yumi. A total of three characters from each game are part of the main roster.

Additionally, Goh from Shinobido will appear in the title. However, the character has been entirely redesigned, with new art specifically for this crossover. The new look puts a spin on the original ninja.

Senran NinNinNinja Taisen Neptune: Shojo-Tachi no Kyoen will release to Japanese audiences on September 16, 2021 for the PlayStation 4. There is currently no word regarding a potential global release.